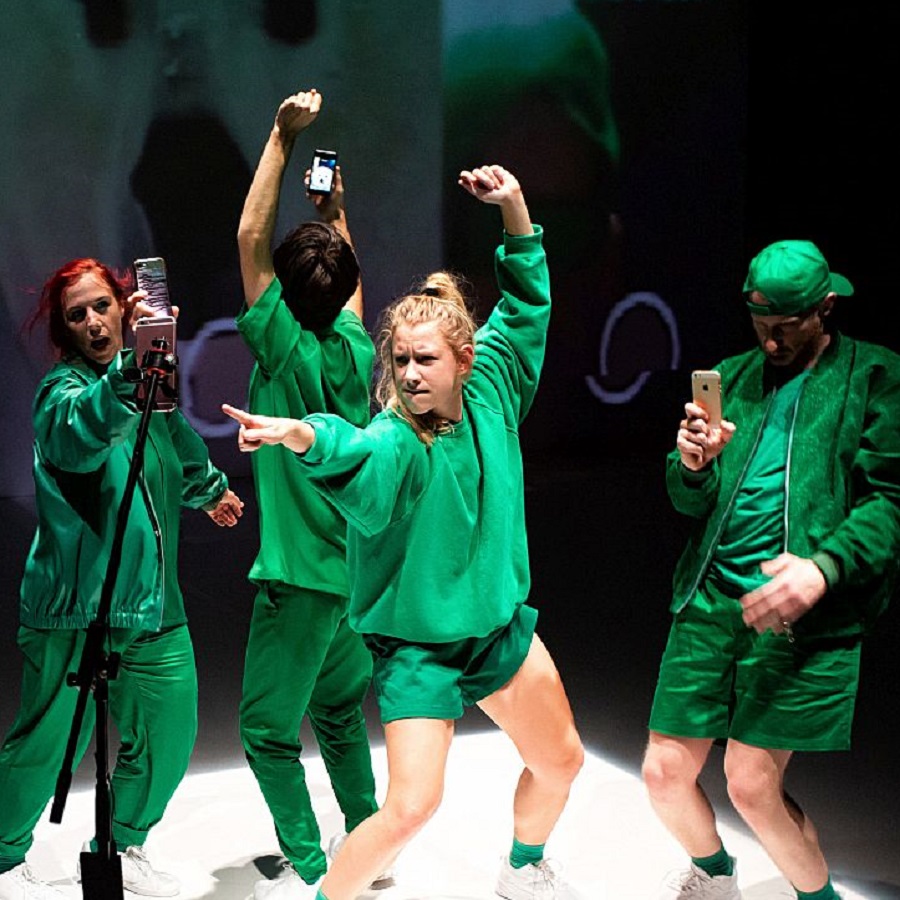 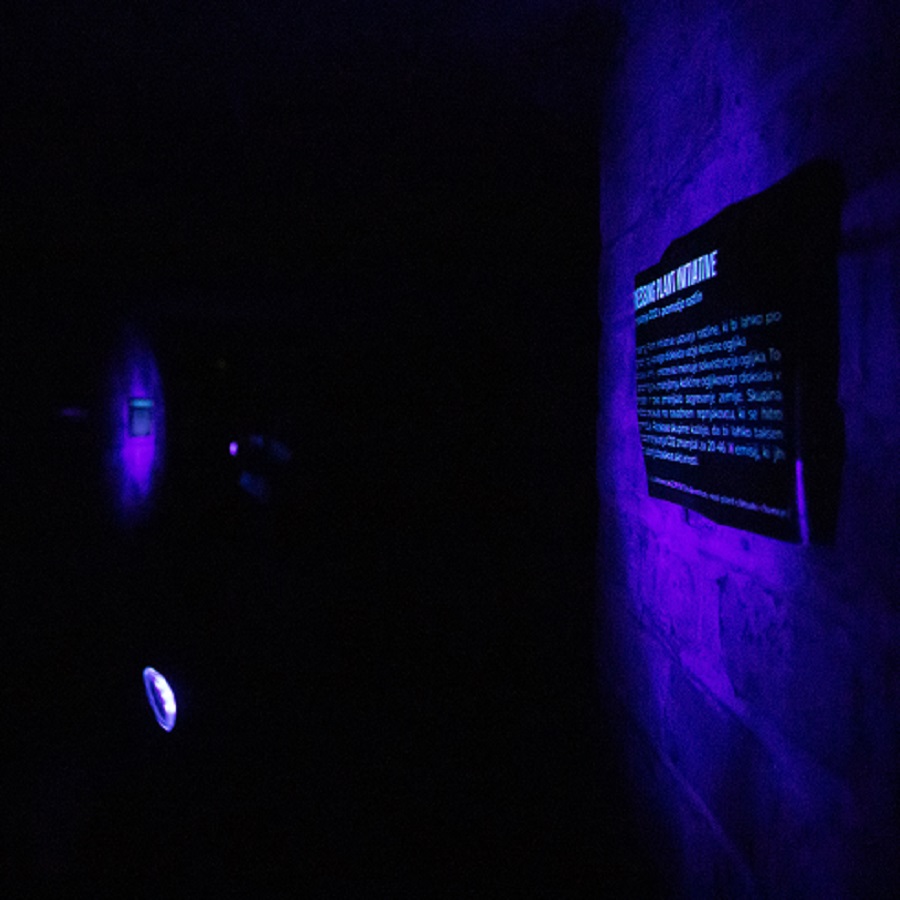 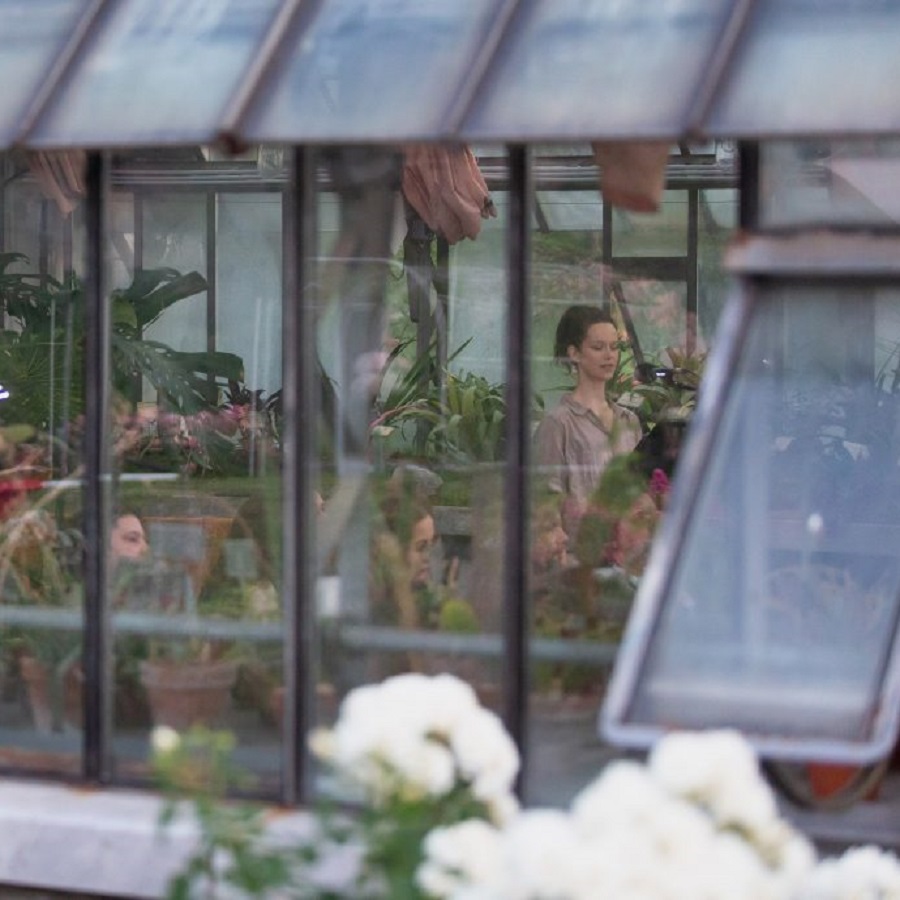 CANCELLATION – AND ANNOUNCEMENT – OF DRUGAJANJE

The kick off of the 19th edition of Drugajanje was planned for Tuesday, November 24 – we were looking forward to its start, to Maribor, to all the shows and the visual occupation of the school planned by Lea Kukovičič and Toni Soprano. We were also looking forward to all the collaborations, meetings, to seeing the performances together, which have preserved – despite the fact that the festival has outgrown its original youth character – a certain young co viewing, where the young are usually in the majority, it’s their reactions that flow onto the stage.

We knew that this year’s Drugajanje festival would be different, but we still hoped it would be possible, achievable – one has to maintain radical optimism, although perhaps pessimism of the mind and optimism of the spirit? We somehow managed to prepare ourselves for Drugajanje in masks, at a distance, in smaller groups – but not without performances!

Even though it is currently not possible to stage performances, will not give up on them: we are postponing them to spring, when – hopefully – there will be less measures or they will be completely abolished. But even if there are no performances in November and December, Drugajanje will still take place! Namely, in three stages: the first stage will take place in the traditional late November–early December term. Toni Soprano and Lea Kukovičič planned to take over the school, but to work in a school with no students? Who for? Therefore, they decided to reach the students where they are – at home! The ToniShirt project will look for them in their homes, but not digitally. Each one will receive an object, a tangible, useful work of art, which will invite them to communicate, have fun, and create – in an analogue way!

At a time when student spend hours and hours in front of screens, we are planning another project, Paper: letters from artists to students. These days, art communicates with us through screens – we are visiting galleries virtually, watching performances online … but the students will be addressed by artists through paper. Paper is patient, right? Let’s hope it withstands the challenges of the times, and that the message reaches the addressees and triggers a response or two. The correspondence will be – at least in part – published, again, on paper.

The dates of the second stage are not yet set – but it will happen, as soon as possible! In cooperation with Rajzefiber, we will offer guided tours of the city in order to discover Maribor in groups. To once again take in the city as a collective experience, and get to know it thematically as well.

In the spring, the Drugajanje performances will be hosted in the Amphitheatre, on the open stage and at other locations. For the time being, the performances Iden (Tina Kozin, Saška Rakef, Bojana Šaljić Podešva), Memememe (Jan Rozman) and the installation Archive of Self-Sufficiency (Tery Žeželj, Ivana Vogrinc Vidali) have been confirmed. International performances will also take place, but the international programme will be definitively confirmed when we know more about the possibilities of international travel in spring.

We have all been eagerly awaiting this year’s 19th edition of Drugajanje. We were looking forward to new performances, events, meetings, especially to the visit of our high school students , most of whom would come across this type of cultural creation for the first time.

All great expectations were shattered when it became clear that it would not be possible to carry out the festival as planned. It was a bitter pill to swallow for both the artists and the audience. In view of the mission of the festival, the cancellation of Drugajanje (hopefully only temporary) has an additional dimension. Namely, it is largely intended for young audiences who have not yet experienced such a cultural event and most of whom would not have a chance to experience it without Drugajanje. Watching performances that require self-discipline, concentration, and your own imagination is all the more important during adolescence. It opens up new worlds for the young and shapes their attitude toward artistic creation, regardless of its type – everything is better than having no attitude towards artistic creation.

Nevertheless, some festival activities will be carried out during the planned period, which are different and target young people directly. Meetings will not be virtual, via computer screens, since we are all fed up with them by now. Drugajanje will visit students at home, directly through their doors.

I believe that the spring of 2021 will see a return to our real, previous lives, and that distinctness and imagination, so typical of the Drugajanje festival, will once again come to life on the stage of The Second Gymnasium.

Drugajanje in June, when there will be seven vertiginous events going in one day, is the rest of Drugajanje 2020. In November we tried to communicate with the audience beyond the screens, but we still saved part of the programme for the times when eyes look directly at the stage, at people – not at the screen. Now we are inviting you to performances, guided tours and installations – we will meet live artists everywhere, here and now.
The performance Iden, chosen for you by young curators, will be postponed until autumn, while Papir and ToniShirt, which took place in November, will be presented at the Young Theater as part of Borštnik Theatre Festival.
Let the June Drugajanje invite you into attending events anew and into… summer!

Covid-19 changed many plans. For the first time (and hopefully for the last) Drugajanje in November 2020 was not performed live. Nevertheless, part of the programme was carried out online and provided an insight into a different kind of artistic creation.
The Drugajanja programme is based on live contact between spectators and performers. Therefore, we are all really happy that on 16 June 2021, after a (too) long time, performances, installations and guided tours will be possible, and Drugajanje 2020 will be carried out as it used to be. It will revive the insight into a different world of artistic creation that we have missed for so long. We believe that Drugajanje 2021 will also be performed live and that the stage of the II. Gimnazija Maribor will continue to live the magical world of diversity and creativity.

third stage: in the autumn

Tickets for the festival cost 1 EUR, tickets for the HERO 3.0 performance premiere are free of charge.
Reservations and information at : +386 51 269 906, info@bunker.si