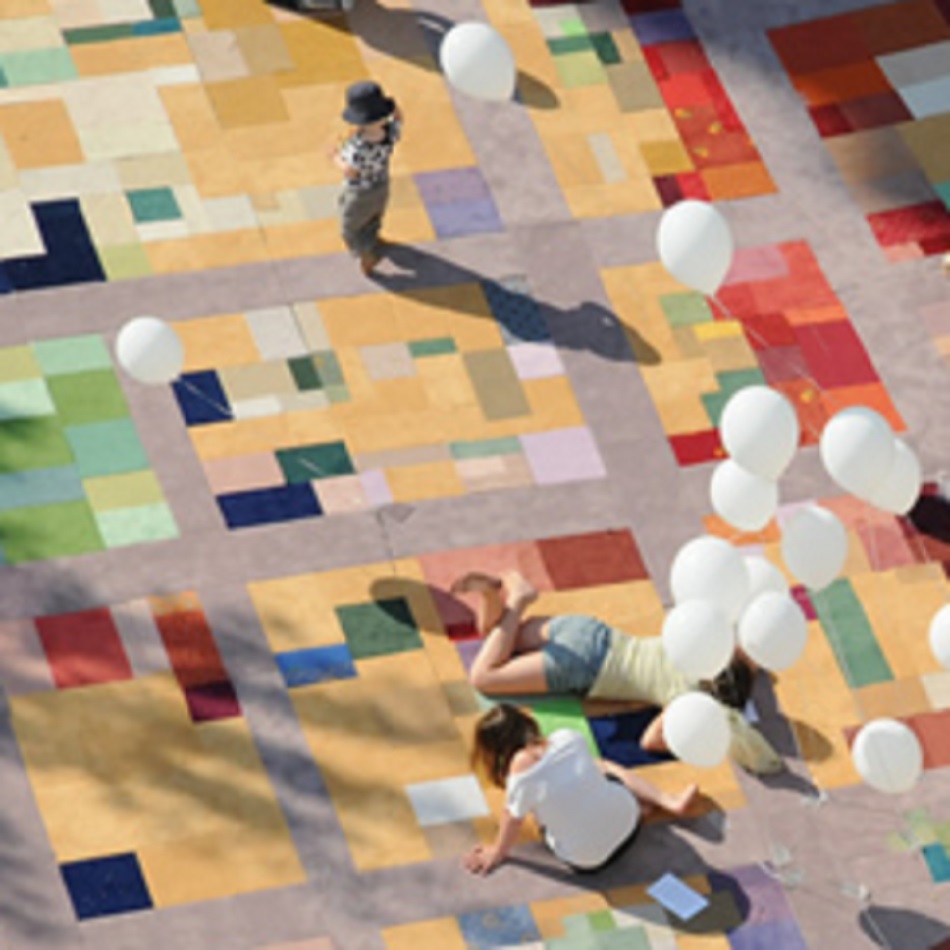 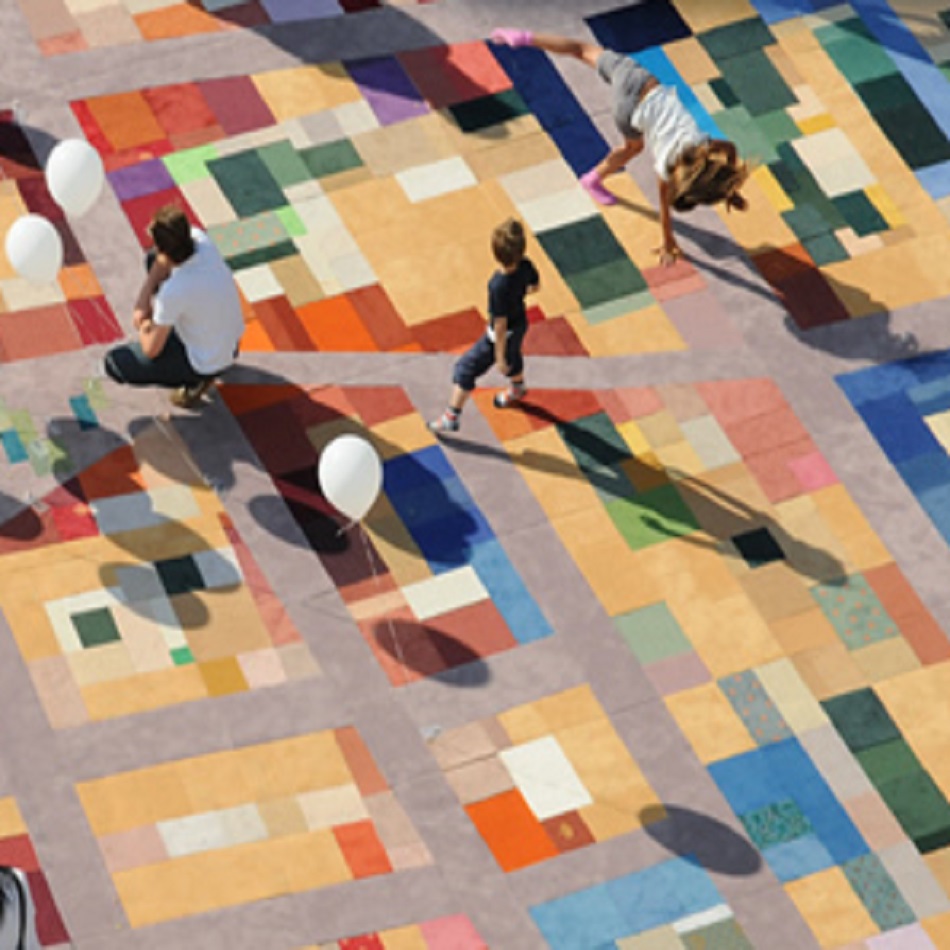 The project was carried out during the Mladi levi festival from August 19th to August 24th 2011 on the platform by the Slovene Ethnographic Museum.
The prostoRož collective has been changing the imagery of Ljubljana and selected other cities during the last few years. They use various actions to intervene into space and thus shed a different light on certain parts of the city, which acquire a permanently altered identity with the help of such interventions. They glow in their new image and function. This is not the only year that the prostoRož collective and the Mladi levi festival have joined hands; our mutual efforts in 2009 managed to bring life to the streets of Tabor; last year we worked together on the Garden by the Way project. This year the prostoRož collective has been making life grow in the Tabor park.

This time they will perform a project, which was first tried out in the Fifth District of Vienna – Margareten and involves the unfolding of a 150-square-metre carpet in front of the Slovene Ethnographic Museum, whereby the carpet itself displays a map of the Tabor city quarter. Individual colours will represent the usage and subsequent efficiency of ground floors in the buildings belonging to the city quarter.

We ask all the local inhabitants and passersby to make a wish; someone might have a desire for new trees in front of their house, someone else might like ballet classes or open space concerts while someone else might be interested in more parking spaces for bicycles or perhaps just like to see a more regular and consistent concern for public space. We will write down every wish on a piece of paper and attach it, together with a balloon, to the spot on the map that it refers to. Once the project is over, all proposals will be gathered in a report, which will be handed over to the City’s Authorities. We will make at least one wish come true through cooperation with the City Municipality. All other proposals will most certainly be of great assistance in the future planning of the revitalization process of the Tabor city quarter.

The Mayor of Ljubljana Zoran Janković has announced the realization of two wishes: in front of Kinodvor the Ljubljana City Municipality will arrange a children’s playground and Slomškova street in the section between Resljeva and Kotnikova will become more friendly to pedestrians and cyclers than to the cars.