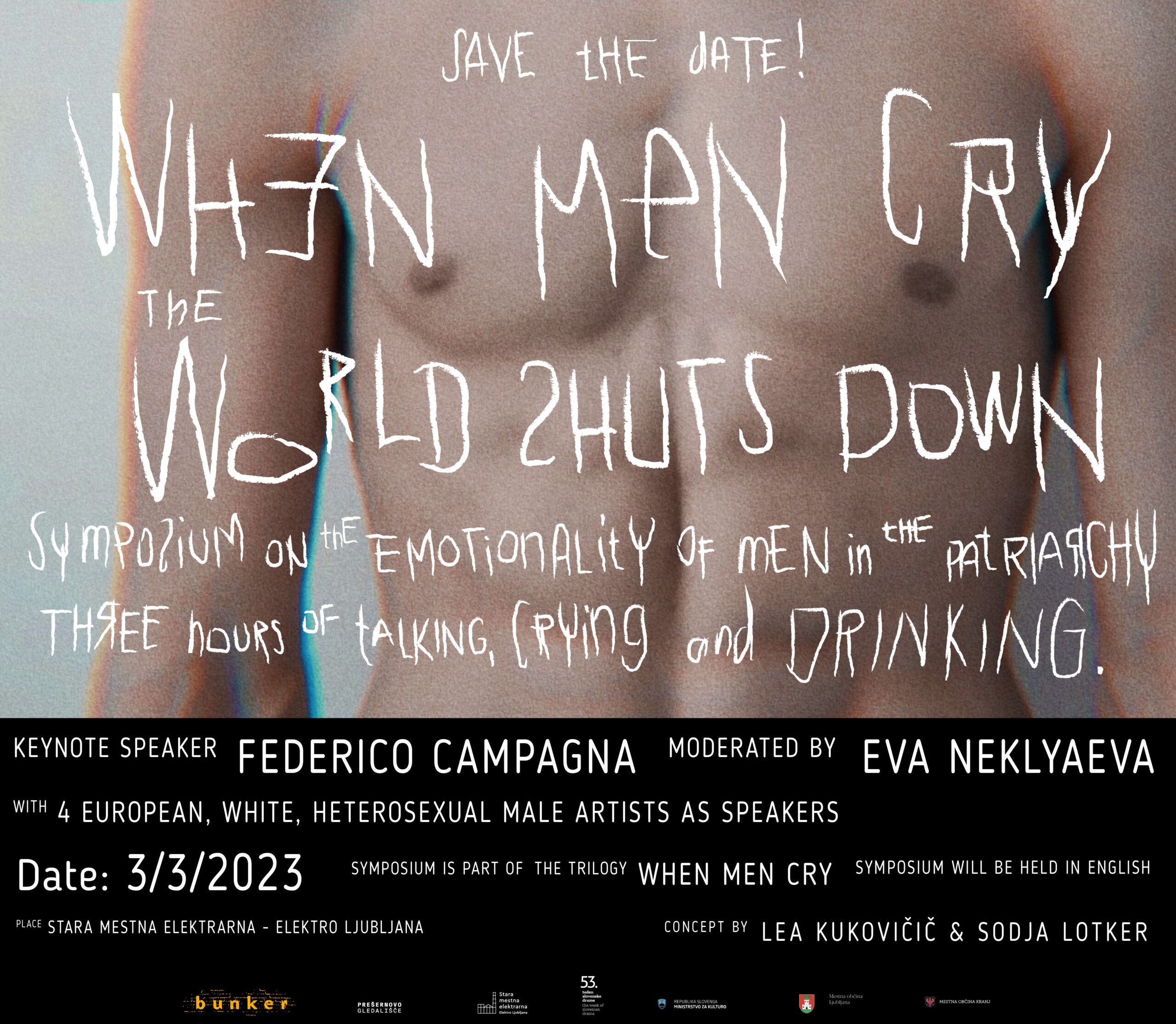 WHEN MEN CRY THE WORLD SHUTS DOWN, Symposium

Symposium on the emotionality of men in the patriarchy
3 hours of talking, crying and drinking

The symposium When Men Cry the World Shuts Down is the first event in a series exploring male emotionality. Organized, moderated, facilitated, served, and directed by women, the symposium aims to highlight the fact that men are also oppressed by the still prevailing system of patriarchy; while still enjoying many of the privileges. The organizers have recognized that in order to abolish the patriarchy it is crucial to first save men from it and the rest will fall apart by itself. In preparing for the symposium, we found disturbing statistics about how deadly patriarchy is for men (earlier and more violent deaths and more frequent wounding); we discovered that most men are not fully aware of the corrupting privileges they receive; and, most importantly, none of the men approached were willing to be saved (as they perceived this as a submissive position).

In her book The Will to Change, bell hooks writes that patriarchy teaches boys to show no emotion other than anger, and that this anger is directly linked to violence. In this edition of the symposium, we will explore the complexity of the emotional landscape of men in a system that does not nourish their emotions. We will speak to the only men of the many we approached who were willing to join the dialog. And we will try to turn trauma into drama and let the emotions out.
So, expect a lot of talking, drinking, and hopefully some crying.

Information and reservation at info@bunker.si

Symposium is part of trilogy WHEN MEN CRY.
Symposium will be held in English.