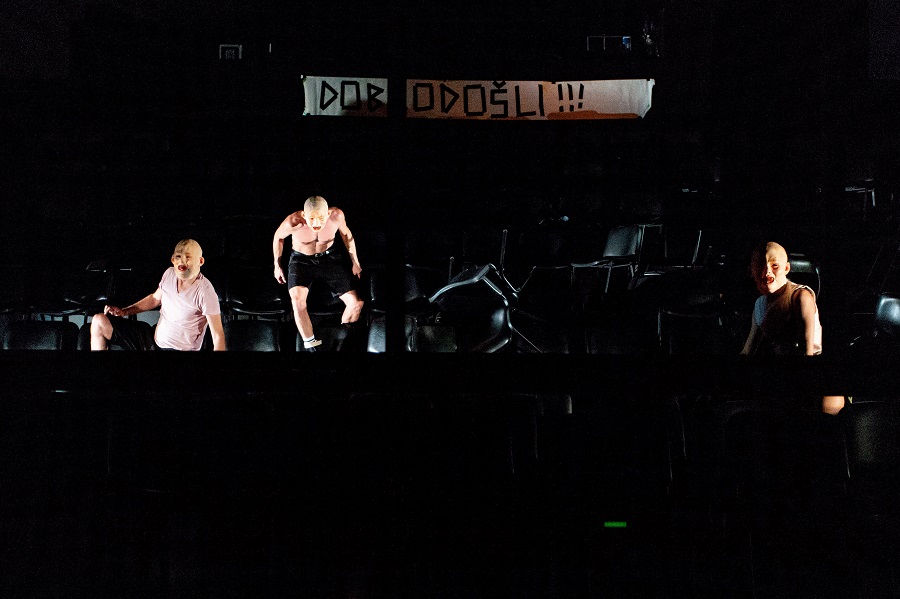 The second performance of the German cycle

Program of the German Cycle

When creating performances, the members of the Beton Ltd. collective always draw on their own experiences, feelings, positions. Groβe Erwartungen | Great Expectations are intertwined thematically with the questioning of the positions of articulation of the members of the collective, their position in the world, and their attitude towards the audience. What to do as a white, economically relatively well off, heteronormative performer – in short, a representative of a socially privileged category to which we attribute social power, which for years has been developing theatre performances from the perspective of his/her own views and infusing them with his/her own opinions? Is he/she even allowed to articulate his/her own position anymore? Should he/she shut up and give the floor to others, those who are more entitled to speak in the eyes of society? But whose opinion is legitimate, and who’s to decide whether he/she can say it? What, after all, is a legitimate and consistent opinion? The performance intertwines the ambivalence between a strong need to extract a secret from someone and violent silencing with a passionate love for the audience. The audience that affirms time and again with its presence and applause everything that Beton Ltd. articulates on stage. A love that escalates into the usurpation of personal space and on the verge of violence.
The performance plays with banalization and likeability, also using staging procedures to flatten statements and scenes into one-dimensional, and yet intriguing moments.

For students: 5 € – for all performances of the German cycle, with prior reservation at info@bunker.si.