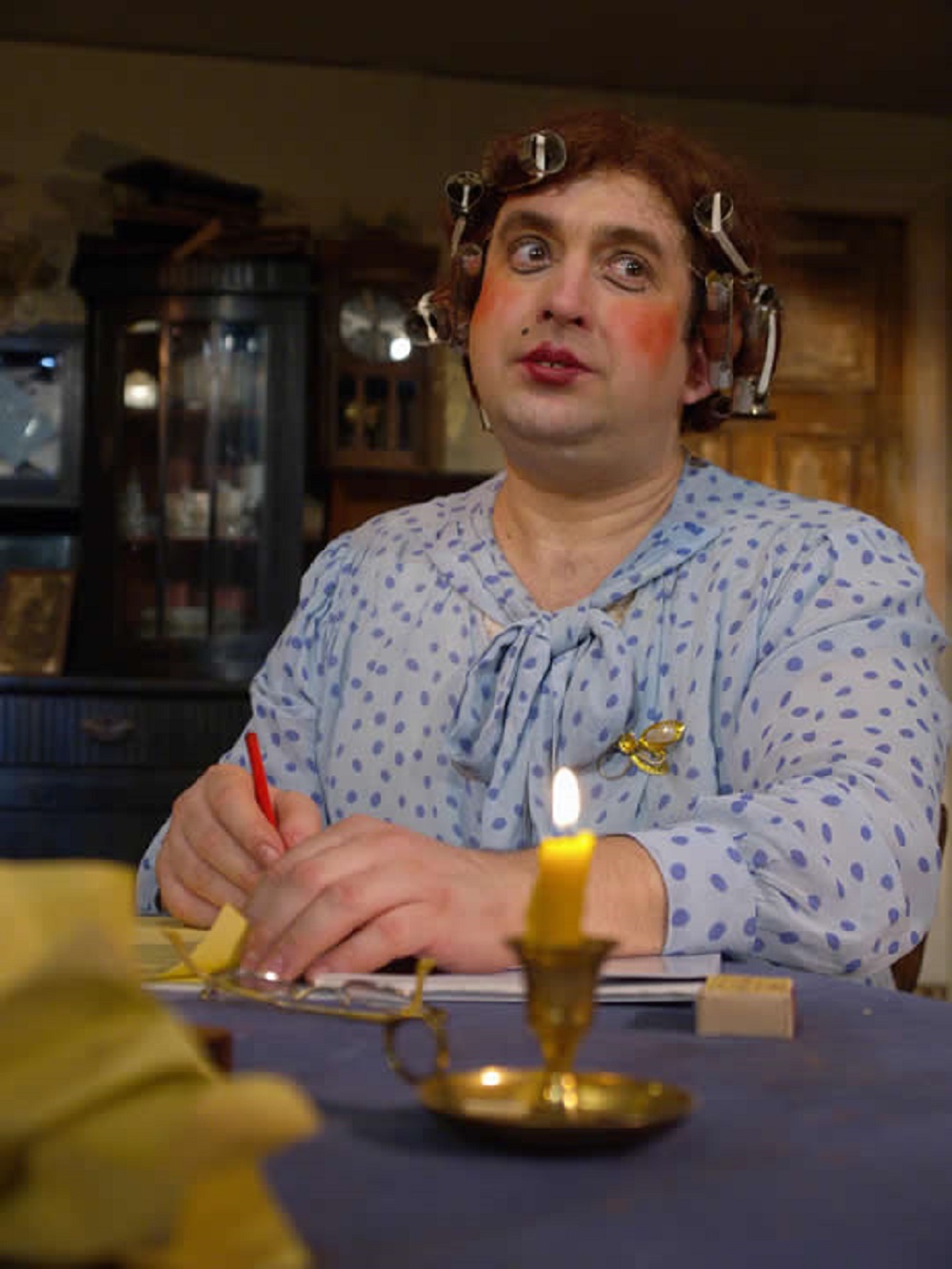 Charming Melancholia
The performance Sonja is based on a short story by subtle Russian author Tatiana Tolstaya and brought to life by a younger generation Latvian director, Alvis Hermanis. Having translated the story into a unique artistic language, Hermanis has succeeded in staging a true European theatre hit, which has enraptured audiences across numerous theatre stages in the last couple of years. Sonja opened the door to all the prominent European festivals for Hermanis, otherwise well known for inventing fresh directing approaches and theatre formats.
Sonja is a gentle and melancholic performance of a lonely lady in late middle age, dwelling on the edge of the Beckettian universe. The character of a lonesome housewife is painted in a subtle manner, leaving room for an extensive amount of sophisticated humour to infuse her solitary kitchen routine of everyday reality. Things take place in a slow and determined rhythm within the walls of her 1950s apartment, until one day Sonja receives a love letter, which shakes her world upside down … Who on earth could it be from?
In addition to placing the Latvian director Alvis Hermanis on the European theatre map, Sonja found itself on the shortlist of many theatre critics and audience members.

100 minutes
Performance is in Russian with Slovene surtitles.