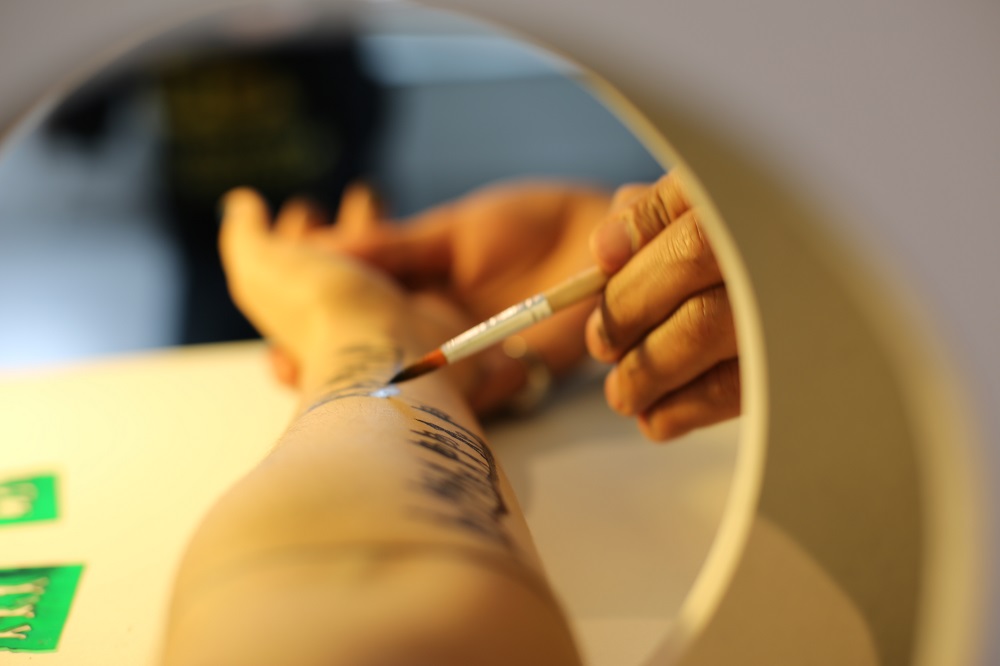 Tania El Khoury: AS FAR AS MY FINGERTIPS TAKE ME

Tania El Khoury works in Beirut and London, creating interactive installations and performances in which the audience is an active collaborator. She is currently finishing a PhD on the political potential of interactivity. She particularly looks at live art after the Arab uprisings. Tania is a co-founder of the urban research and live art collective Dictaphone Group.
In As Far As My Fingertips Take Me, Tania commissioned artist Basel Zaraa to write a rap song inspired by his family’s history of displacement. During this One to One piece, Basel and one audience member will engage in a conversation through touch and sound.
We may be touched by the tragic fate of people caught in wars or displaced by them, but this “touch” remains a metaphor. These stories usually touch us through the medium of screens and print. But what if one story touched us for real, physically? If we reach out to Basel, do we allow ourselves to be touched at a deeper level? Certainly, we will not be able to immediately let go of this story. It stays with us, at least until we wash it away. In this piece, the artists critically reproduce an accurate situation: refugees are here, yet so far away.