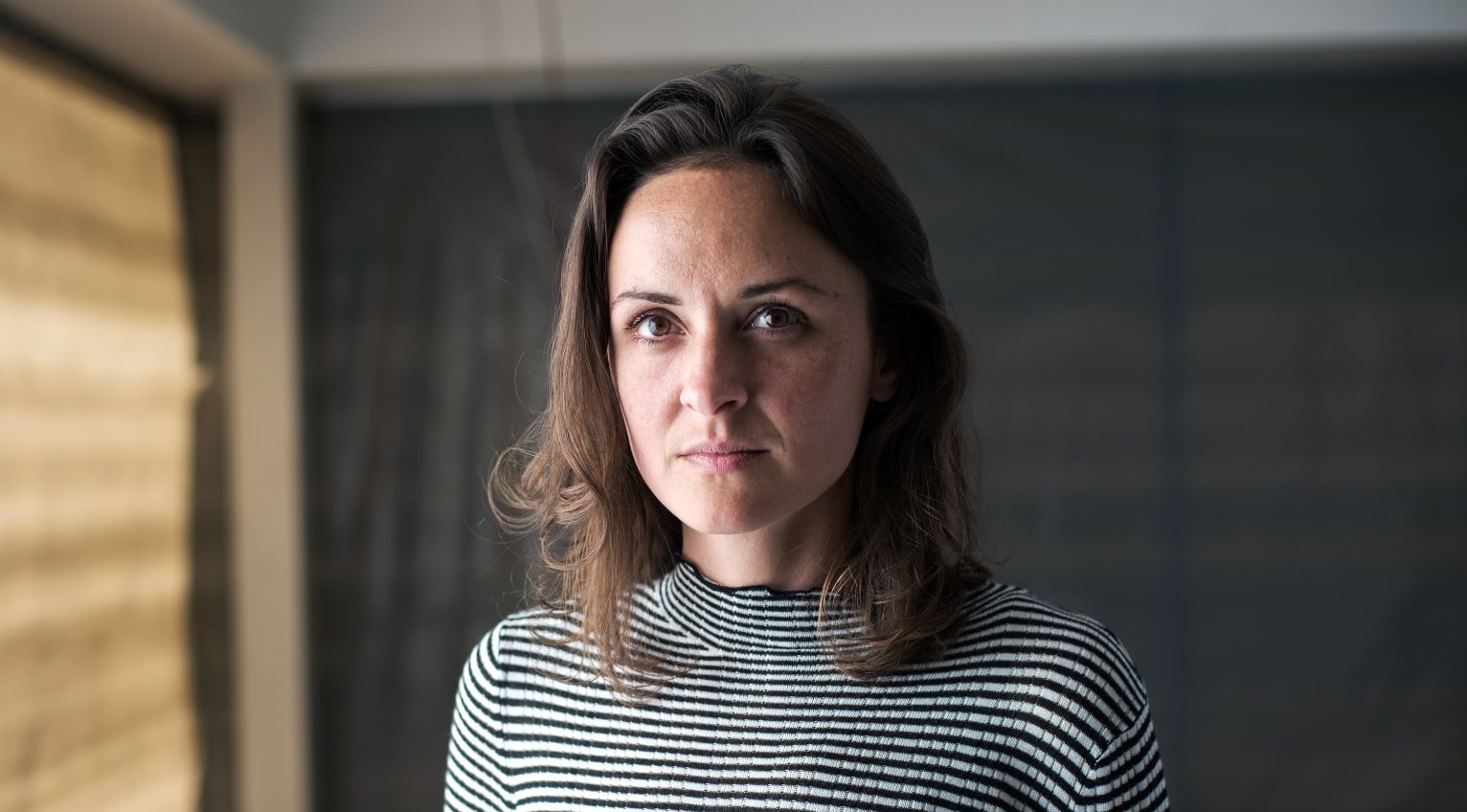 From 7 to 11 February 2022 the Old Power Plant will host the Stronger Peripheries: Southern Coalition network, whose partner is also the Bunker Institute. In October 2021, as part of the Stronger Peripheries, we opened a public tender for the international co-production of a work of art by an artist on the topic of Work and Happiness. The tender was intended for contemporary performing artists living in Slovenia and working in the field of dance, theater, contemporary circus, performance, public performance, site specific performances and transdisciplinary. 18 artists applied and Stronger Peripheries partners selected Slovenian artist Neja Tomšič to create a co-production of her new work. In Bunker we are very happy to be Neja’s producers!

Neja Tomšič (1982) is a visual artist, poet and writer whose interdisciplinary practice combines drawing, photography, poetry and performance. By discovering overlooked and often hidden stories from history, her passion is to rethink prevailing historical narratives, explore specifics, and create situations in which new understandings of the present can be formed. He tackles history as a map of starting points and connections. Performative elements in her projects explore possible projections of history into the subjective present of individual visitors. Neja also works as a curator and co-founder of the MoTA (Museum of Transitory Art) and is a member of the Nonument Group, an art collective that maps, archives and encroaches on forgotten, abandoned or demolished monuments, public spaces and buildings of the 20th century. .

Neja Tomšič’s new artwork will be co-produced between the Bunker Institute, the CCC – Cluj Cultural Center (Romania) and L’arboreto – Teatro Dimora (Italy). As part of the co-production, Neja is invited to four 15-day research and creative residencies between March and August 2022, and will premiere in August at the 25th Mladi Levi Festival 2022 in Ljubljana and in October in Cluj-Napoca, Romania.

From 7 to 11 February, the Old Power Station – Elektro Ljubljana at the Tandem 1: Work and Happiness Workshop will host partners from all fourteen partner organizations from ten countries (more about Stronger Peripheries: Southern Coalition). The program of the Workshop is set as a presentation of the topic and various Slovenian shortlisted artists whom partners found very interesting for potential collaborations (but there was only one place for co-production). Among them are Tomaž Grom, Loup Abramovici, Nika Švab with the award-winning play Work and the girl I-V: Drama of the oppressed, Klemen Kovačič and the Počemučka collective with Under Construction, artist Inan Du Swami and the team with the performance Oh, K You!, visual artist Name: and of course Neja Tomšič, who will present the performative essay Tea for Five: Opium Clippers, and together with colleagues also the work of the group Nonument.
For international partners, we have also prepared a Theater Tour of the history of theater in Ljubljana, created in collaboration between the Bunker Institute and Gregor Bulc – Urbana Vrana, we will present Cukrarna, the history of the Old Power Station and the context of contemporary performing art in the independent sector with the participation of Katarina Stegnar (actress and author), Inga Remeta (Glej Theater), Alja Lobnik (Maska Institute), Maja Delak (Emanat) and Rok Vevar (theorist and essayist).