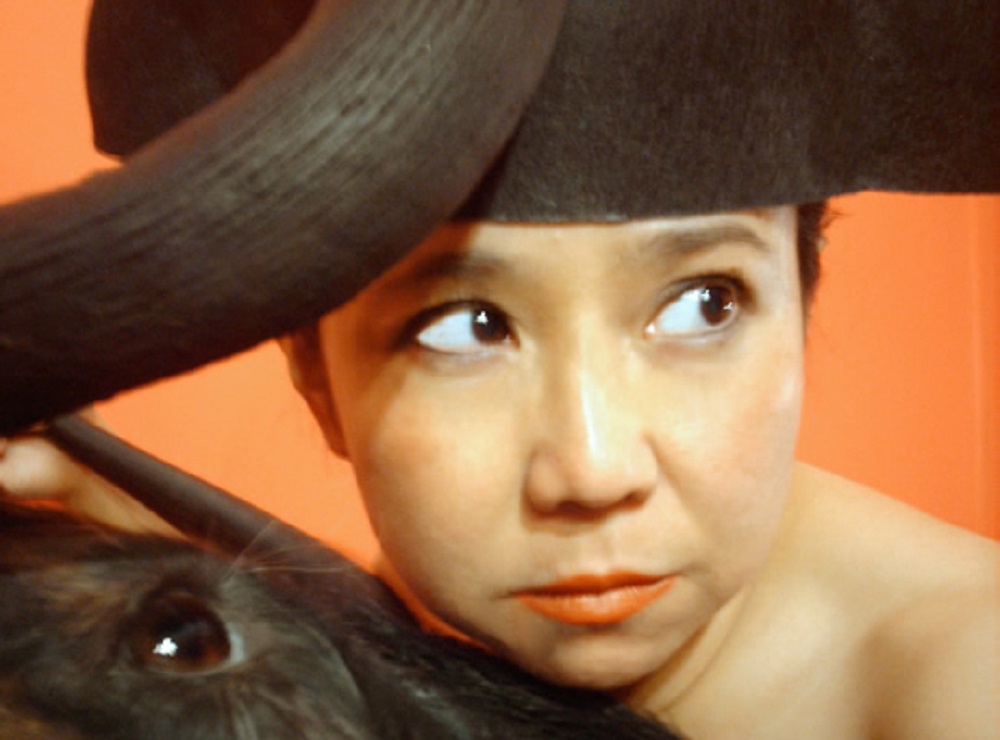 Stacy Makishi: The Making of Bull: The True Story

We Are All Steve Buscemi

Hawaii-born Stacy Makishi creates installations, films, videos, performances. She is a writer, poet and performer. The critics say that one can never tell in advance what direction her performances will take. She is a great master of narrative mischief, skillful at squeezing the creative juice out of every single situation.
The performance The Making of Bull: The True Story, (bull stands for bullshit), was inspired by the Coen brothers film Fargo, which states: “This is a true story”. The story is based on one man’s lie which then results in a series of violent murders. It’s full of unusual twists, hilarious turns and bloody scenes, but did they really happen? Can there still be a suitcase filled with a million dollars buried somewhere in Fargo, North Dakota?

Stacy spins a story that transforms the stage into a minefield of trapdoors, pranks and dirty tricks. Truth and lies fight it out in this coming of age story that’s gagging not to come out. The Making of Bull: The True Story is a powerful fusion of physical theatre, film, and music. It is funny, sad, tragic and absurd. What exactly do our memories consist of? As neurologists have come to realise, memories are not always the ‘true story’. If this is the case, what is it that we speak of exactly, when we put our memories into words? Could it be a narrative based on a true story, just as it was in Fargo? Or, on the other hand, could it be a fiction – just as it was in Fargo?

Saying anything more about the performance could possibly make us sound like the type of people who cannot tell a good joke without stretching its final punch line to infinity.

Duration: 50 minutes
The performance is in English. Slovene synopsis will be available.