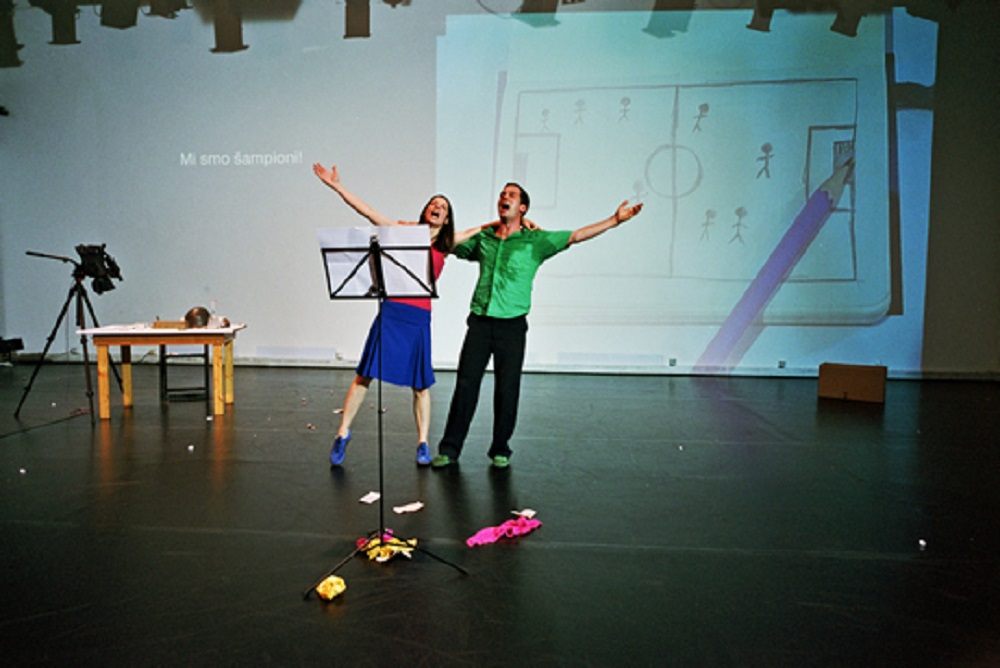 Sanja Mitrović- WILL YOU EVER BE HAPPY AGAIN?

Sanja Mitrović is a young Serbian-born author and performer, living and working primarily in the Netherlands, including as a mentor in the Mime Department of de Theaterschool in Amsterdam.

For her work she has been nominated for two awards this year – the Netherlands Theatre Institute award for best new director and the Mime Prize 2010 – and her interesting opus of performances continues to expand. With her performances the author often opens up a space of encounter between various cultures and languages, and is increasingly interested in the relationship between truth and fiction in the stage context.

The performance Will You Ever be Happy Again? is an intertwined entity, consisting of personal stories told by the Serbian performer and the German dancer Jochen Stechmann. They guide the audience through their childhoods, through the narratives of their nations’ respective pasts, through the stories of the heroes and the bad guys, through the stories of the Yugoslav partisans, the Germans, Tito, the pioneers (a socialist Yugoslav youth group), the Aryan race, the war. They use the on-stage camera as a microscope, turning it into a research tool for exploring their own identities, while the history of their countries featured on the big screen assumes the function of an imperative, which provides a shadow for the performers to play in, like two naive children. To what degree are the choices of an individual defined by national history and identity, and how loudly do the personal traits of the individual resonate in these choices?