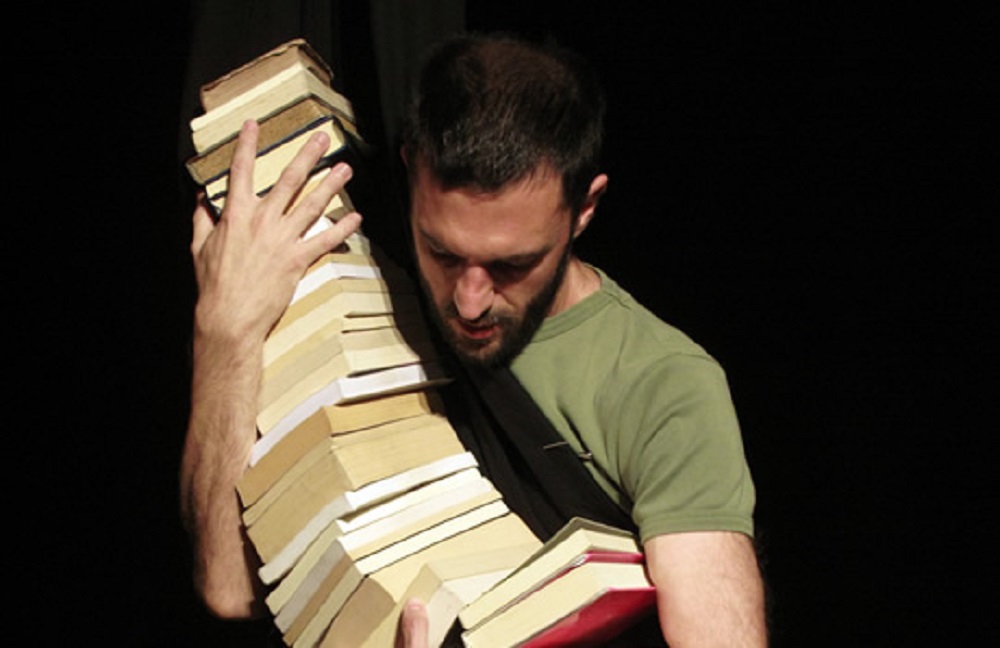 The Portuguese writer and performer Rui Catalão gave his first solo Dentro das Palavras (Inside words) a biographic form, since the solo addresses feelings coming from his own personal reality and speaks about his work and memories. He thus goes on to explain in the solo how movement and body talk gradually come to replace words for him, which had previously served as his main expressive instrument.

Catalão found the inspiration and material for the solo in his decade-long work with dancers, whereas its main idea was born in Romania, where he has lived for a period of three years. Over there in an-other land he came to realize that the written word seized to exist as his main tool of communication and was thus interested to see what will subsequently go on with the body.

The author himself says that Dentro das Palavras is some sort of a mirror house, displaying the eternal dualisms of opposites from various points of view: the narrative subject and the character, biography and fiction, the public and the private, solitude and communication. The author is furthermore interested in exploring the connection between truth and fiction on the one hand as well as that between a person and its role on the other. “My first solo is an attempt to shed some light on the things I tried to hide while I was living in Romania.”

Catalão collaborated with brilliant Romanian performers, including Miguel Pereira, Eduard Gabia and Manuel Pelmus – all three of them already old acquaintances of the Mladi levi festival.

Duration: 120 minutes with intermission
The performance is in English. Slovene synopsis will be available.