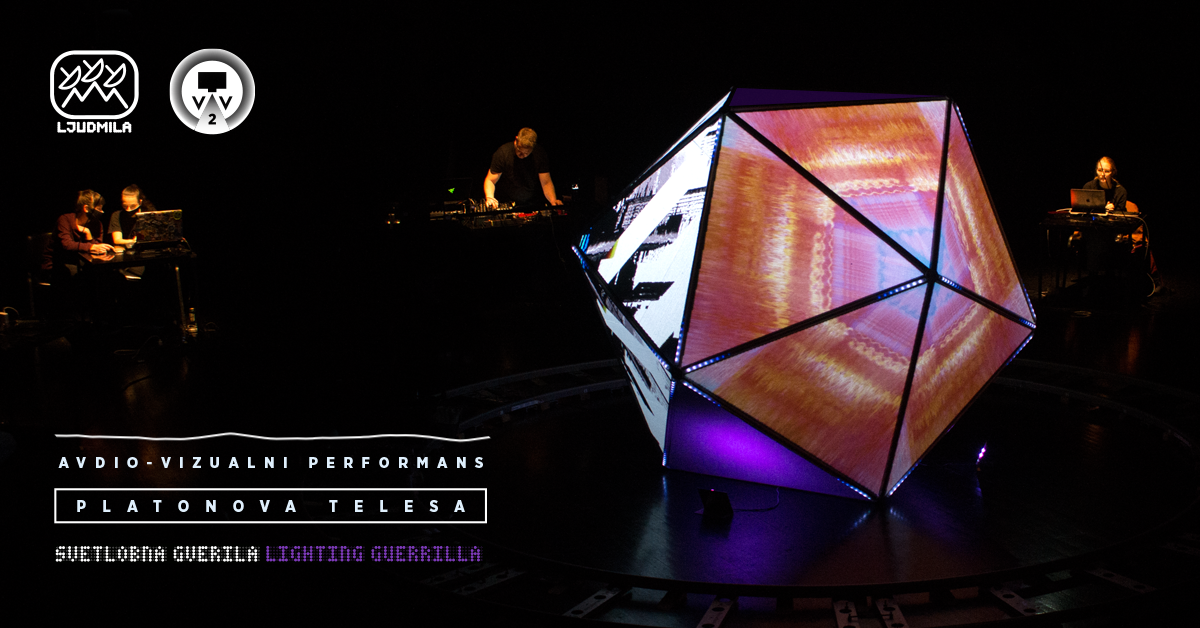 The audio-visual performance in the industrial setting of the Old Power Station in Ljubljana is centred around an icosahedral object that summarises the shape and symbolism of the five Plato’s bodies representing the five elements. It was developed as an interactive AV installation for the Lighting Guerrilla festival.

Plato’s Bodies has now been remade as a performance. The entire surface of the object becomes a continuous whole – the audio-reactive and mapped projections of three visual artists are united; at the same time, their driving force is the sound of the performing musicians. The lighting elements forming the junctions of the projection surfaces are used both for dictating the colour of the projections with visual triggers and for illustrating the musical tempo.

Supported by the Ministry of Culture of the Republic of Slovenia, the Municipality of Ljubljana – Department for Culture and the Ministry of Public Administration.
The project is part of the EASTN-DC Network, which is co-funded by the Creative Europe programme of the European Union.