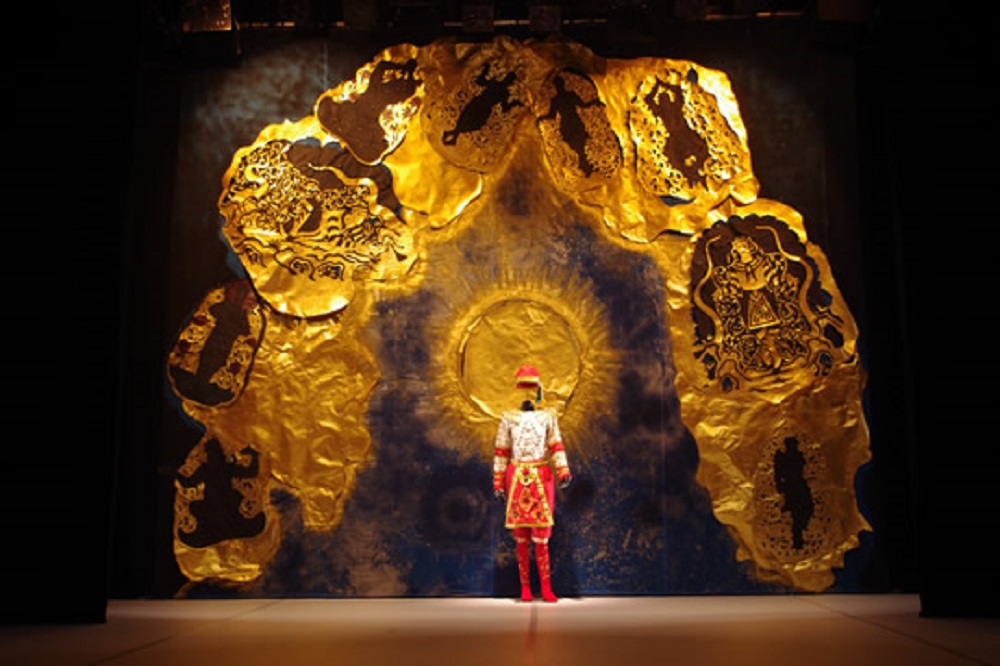 Pichet Klunchun already introduced himself at The Mladi Levi Festival a couple of years ago in an interesting duet with Jerôme Bel, whereas he is returning to the Festival this year with two performances, one of them entitled Nijinsky Siam and the other I am a Demon.

In the performance Nijinsky Siam Pichet Klunchun reveals an understanding and interpretation of Thai traditional dance as portrayed in a legendary solo performance a hundred years ago by a famous ballet dancer from the Ballet Russes group, Vaslav Nijinsky. Exceptional interest in Thai culture pervaded during the period in question in all fields of art, ranging from fine arts to performing arts, and led to the development of an artistic movement called ‘Orientalism’.

Nijinsky’s solo awoke an exciting fascination in Pichet for his own cultural heritage and also made him discover new dimensions of Thai dance when he was adapting this performance. In Nijinsky Siam Pichet poetically introduces large traditional puppets named Nang Yai and weaves Thai shadow-play into the performance, whereas the background is filled with music from the original Nijinsky performance entitled Danse Siamoise.

A renowned contemporary dancer and master of Thai classical dance, Pichet Klunchun often attempts to bring together the traditional and the contemporary in his performances, exploring his own cultural heritage and transferring traditional practices into the domain of the contemporary art discourse. The prizes Pichet Klunchun has received for his work include the prestigious Princess Margriet Routes Award for Cultural Diversity from The European Cultural Foundation.