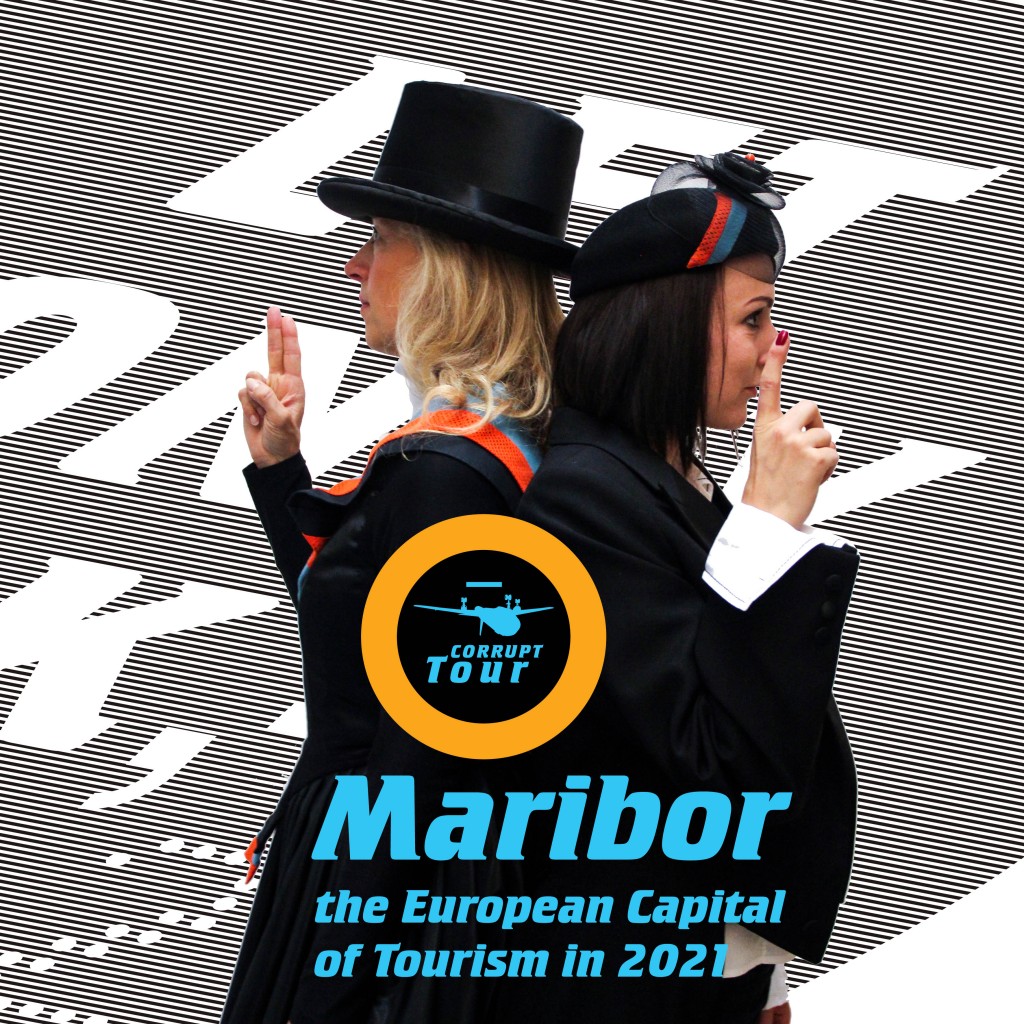 Petr Šourek, also known as philosopher, translator, director, writer and much more, found an ingenious niche: in Prague, a city flooded by millions of tourists, he founded a tourist agency Corrupt tours along with his fellow theatre artists, dealing exclusively with touring successes of corruption, one of the most flourishing cultures of our time.

This unusual tourist offer immediately became a worldwide sensation. And it seemed that Maribor, with its recent history of the reign of Franc Kangler and the (un)fortunate manoeuvrings with EU funds, would be an immense source of inspiration in this field. Šourek delved into it, also in collaboration with high school students, and a staged walk along Maribor’s tourist attractions emerged, guided by Old and New Vine tourist guides, where historical falsehoods intertwine with entertaining tales of financial blunders. The title promises an ironic tour of the city, where nothing is simply what it seems.

GuestRoomMaribor invites you to the Salon of Applied Arts (Glavni trg 1, Maribor) on Tuesday, November 17 at 7 PM for the event ‘Meet the resident: Petr Šourek’, where you will have a chance to meet the artistic director of Corrupt tour, who developed the project within his residential visit to Maribor.

The Project aribor – European Capital of tourism 2021 was created as a co-production of the International network TheatreFit in the frame of the project Urban Heat. More at www.urbanheat.co.