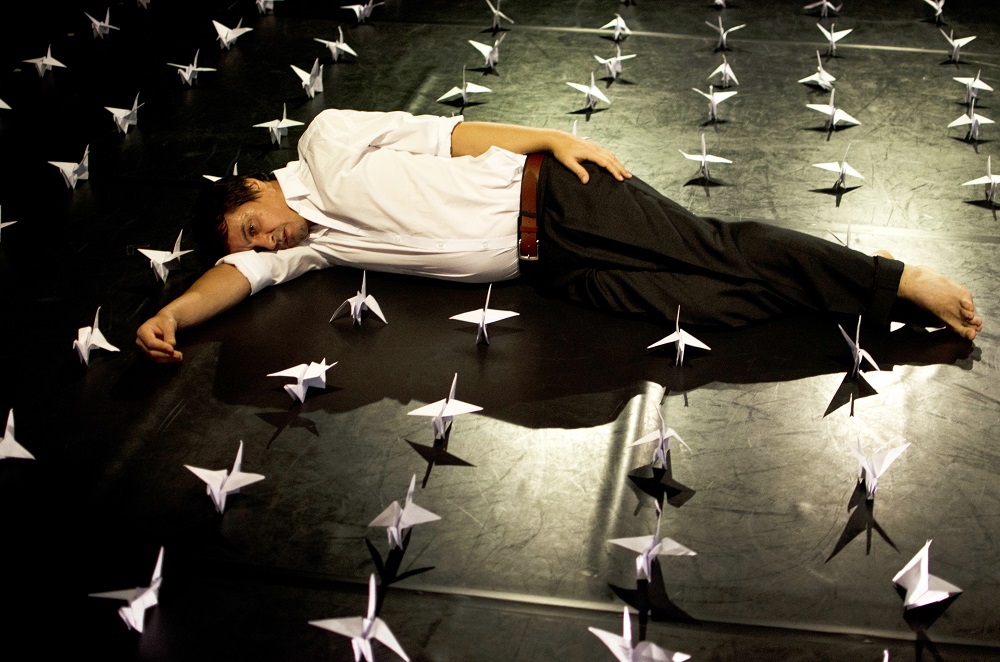 Pablo Fidalgo Lareo: YOU’LL HAVE TO GO TO WAR THAT STARTS TODAY

Origamis, practically the only prop in the play, are a perfect metaphor for the performance itself, where a whole world emerges from paper, from the book. At the same time, origamis are a perfect illustration of the author, Pablo Fidalgo Lareo, a poet, playwright, director … A man who creates masterpieces from empty paper using only his imagination. A Spanish artist of the younger generation who entered the theatre through literature and is trying not to forget it. During creation of this performance, he felt more of a history researcher.

Every national history has blind spots – painful topics that are not being discussed or there is no agreement about their interpretation. In his performance, Pablo Fidalgo Lareo looks at one of the painful historical periods in Spain – Franco’s fascist regime – through the story of his grandfather’s uncle, who escaped from a fascist prison and fled to Buenos Aires. A play about wars that we are fighting for our own identities, about wars that we are fighting for true stories of history, identity of nations and states.