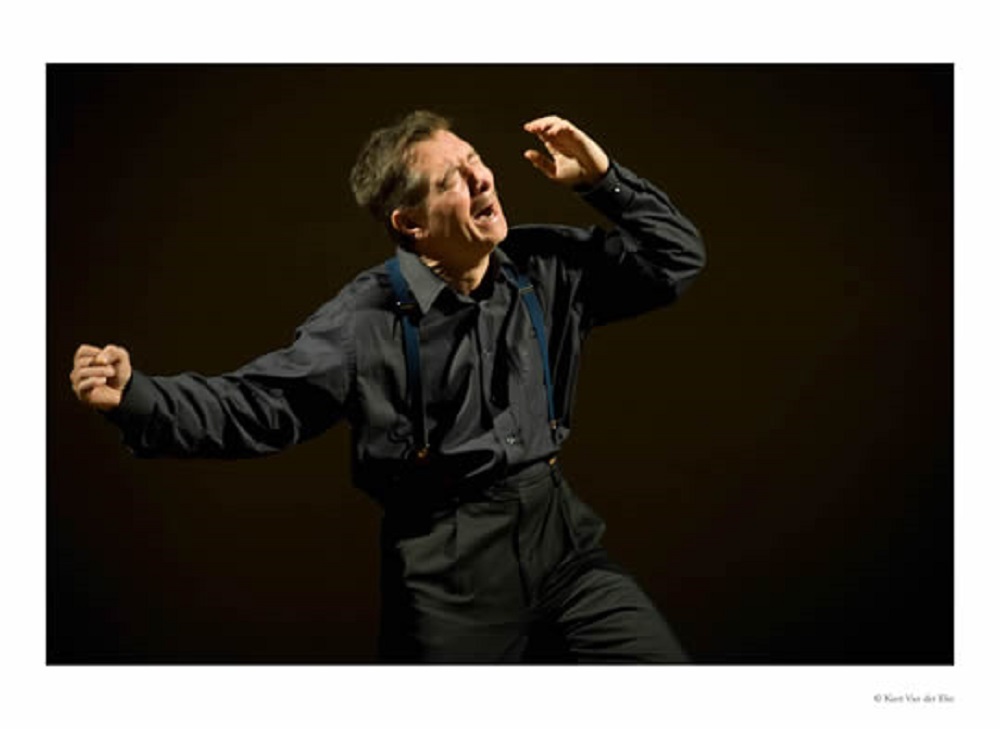 Dirk Opstaele is an extraordinary narrator. He is an actor, director, and choreographer, directing and performing in various performances, either in those of the Leporello group or in operas and different musical performances across Europe.

He attended the ÉcÔle Jacques Lecoq in Paris and found his interests to lie more in the craft itself than in decor and new technologies. His works bring into focus something resembling an “orchestration” between acting, movement, rhythm, space, voice, and word. Regardless of whether there are actors, singers, musicians, or acrobats on stage, what always seems to come to the fore is a sort of collective form and musicality, which becomes integrated with other elements in a careful and harmonized manner.

This time he is coming to Ljubljana with a pianist, Iris de Blaere, to perform Roland
Schimmelpfennig’s arrangement of Arabian Night in one long single breath, without scenery, lightly and dramatic as if it were a humorous recital. Arabian Night takes place in an apartment building somewhere in the German suburbs and it touches upon otherwise perfectly ordinary people. On a humid summer night the stories of the five protagonists intertwine and undergo unusual twists. In a rhythmic dialogue with the pianist, which proves to be thought through to the point of the tiniest little silence, Dirk Opstaele actually performs the entire drama himself, sliding from one character to another. No wonder the Belgian theatre critics nominated this performance for best solo performance of the 2009/10 season.

Performance is in Flammish with Slovenian and English subtitles.