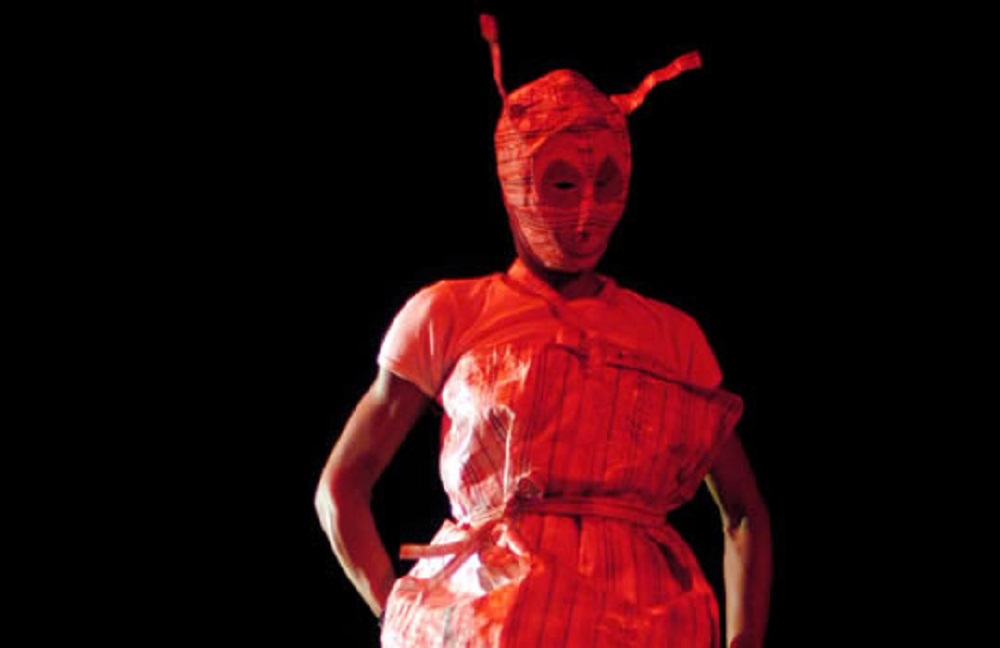 Her second performance this evening entitled Plasticization is a breathtaking and humorous solo, which tackles the subject of the body and the contemporary attitude towards it. It speaks of the body’s freedom as well as its entrapment, it speaks of erotica as well as politics. The author changes several identities in the course of the performance by the minimal usage of instruments and says that this performance is essentially about the ambivalent love-hate relationship that we have towards the plastic: it protects us on the one hand, but nature is unable to digest it on the other.