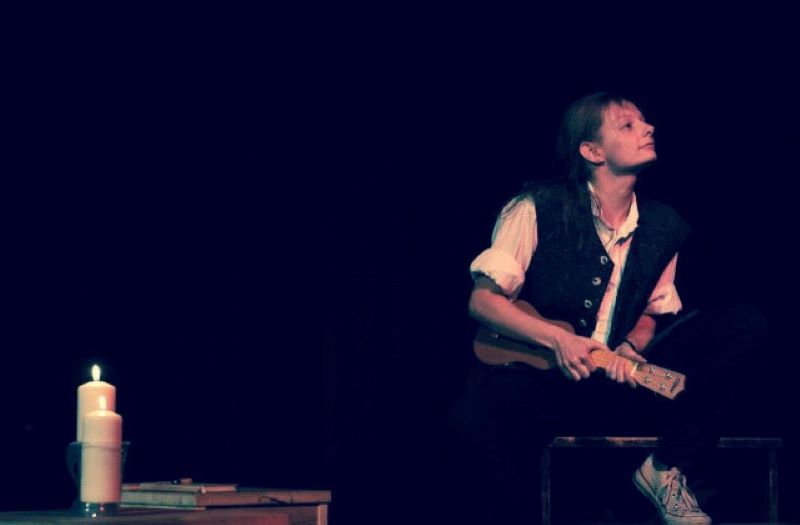 What are we saying goodbye to when we end a story, leave an idea behind, part from a person, depart from ourselves… And… why? In her first improvised solo performance, Sara says goodbye to her coactors and faces the void they are leaving behind. How does this emptiness enrich her, what does it give her, what does it take away from her, who and what does she meet when she is alone? With the support of a musician, she dives into the unknown and finds more questions than answers.

The performance is a work in progress, a long-standing desire and an exciting challenge that Sara wants to tackle, embrace and say goodbye to. Every end is a new beginning, they say. And this work in progress is both at the same time.

Sara Šoukal is a seasoned performing artist, as an actress and as a teacher she is most active in the field of theatre improvisation. Lately, however, she has been stepping to other performative fields with great pleasure and interest. She is active at home, in many impro collectives and companies, as well as abroad.

Justin Durel makes and teaches theatre. He holds a degree in Playwriting from DePaul University in Chicago and a degree as an Actor-Creator from the Helikos International School of Theatre Creation. He is an award winning performer, dramatist, director, pedagog, mask-maker and a musician and has worked in the United States, Canada, Croatia, Ireland and Slovenia for over 25 years. He has been to Antarctica. This is his first time performing in an impro show.

FOR BOTH SHOWS OF THE EVENING: 10€ / 6€ (students, seniors) – reservations at info@bunker.si