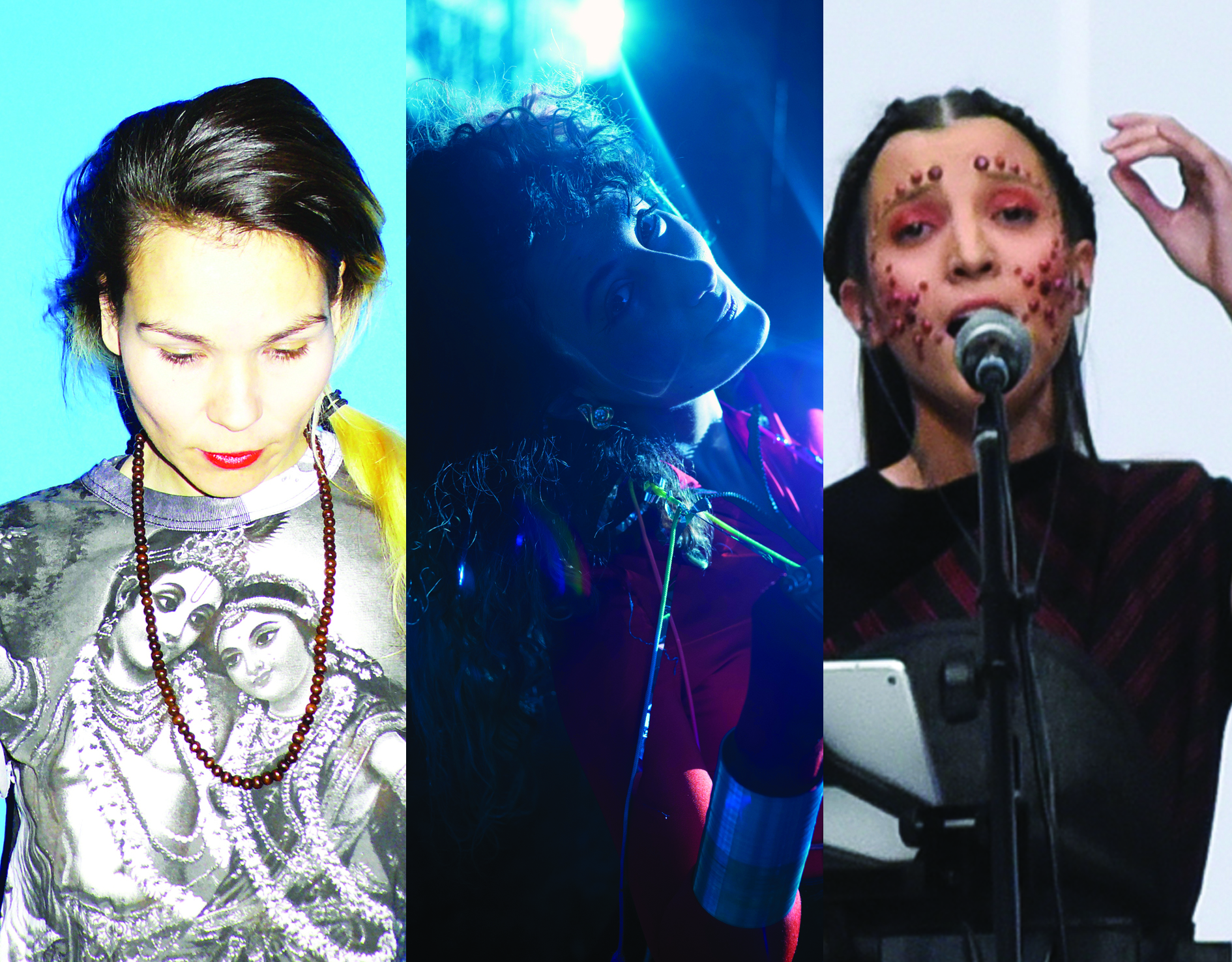 DEAR VISITORS! IN ACCORDANCE WITH THE NEW CONDITIONS FOR VISITING CULTURAL EVENTS, VRT CONDITIONS APPLY TO VISIT THE THEATER – tested, vaccinated or those who already had covid

Aïsha Devi hijacks popular and rave cultures to transcendental ends. Her live performances are a pressurised full-body massage designed to crack open awareness and take you to other dimensions.

Kezz will perform an “initiation ceremony” with her Balkan vocal melodies and dreamy electronic beats.

In co-operation with Sonica Festival: Labyrinth gives way to skin and its Suspended Animation night.
Organisation: MoTA – Museum of Transitory Art and City of Women in co-operation with Bunker – Old Power Station
Co-production: Sonica Festival.
Jessica Khazrik is presented by Shape platform co-funded by the Creative Europe Programme of the European Union.
Supported by: Ministry of Culture, City of Ljubljana.

Aïsha Devi‘s music is rooted in Vedic philosophy, Buddhism, and numerous meditative techniques, while sound-wise, it spans extreme rhythms, rave inserts, as well as angelic and throat singing. She transforms her metaphysic research, ritualist practices and healing frequencies into an alternative club paradigm. In 2013, the Swiss-born Tibetan-Nepalese musician co-founded the publishing label Danse Noire, supporting inspiring club music from across the world. In 2015, the Houndstooth label released her debut album Of Matter and Spirit. In 2018, the same label launched her second album DNA Feelings, followed by the EP SLF in 2019. Her hypnotic digital mantras and her stage presence have left the visitors breathless on countless festivals, from Siberia to Mexico.
https://www.aishadevi.com/

Jessika Khazrik’s interdisciplinary practice as artist, writer, technologist, producer and DJ ranges from composition to machine learning, performance, visual art, ecotoxicology, cryptography and the history of science and music. She holds BAs in Linguistics and in Theatre from the Lebanese University and a MS in Art, Culture and Technology from MIT where she was awarded the Ada Lovelace Prize. Jessika Khazrik has performed at the CTM Festival, the Ballroom Blitz, the Museum of Modern Art Warsaw, and Stanford University, among others. Her sound installations, sculptures and prints have been presented at the Kunsthalle Wien, the Times Museum, the Sursock Museum, and the Beirut Art Center.
https://soundcloud.com/jessikakhazrik

Kezz (Tamara Ristić) is a producer, composer, live looping artist and music performer from Serbia, based in Ljubljana, Slovenia. She performs solo with her voice, loop machine, keyboard, sampler and acoustic instruments. She released her first single Moma (Maiden) in 2014, and her first, self-titled album in 2017. She composed music and performed in the Beisfjord Remembrance project which took place in Norway and Macedonia. She makes music for theatre, exhibitions, and performances, and curates the music show Dirty podcast at RadioAparat, dedicated to underground electronic music.
https://kezztamara.wordpress.com/