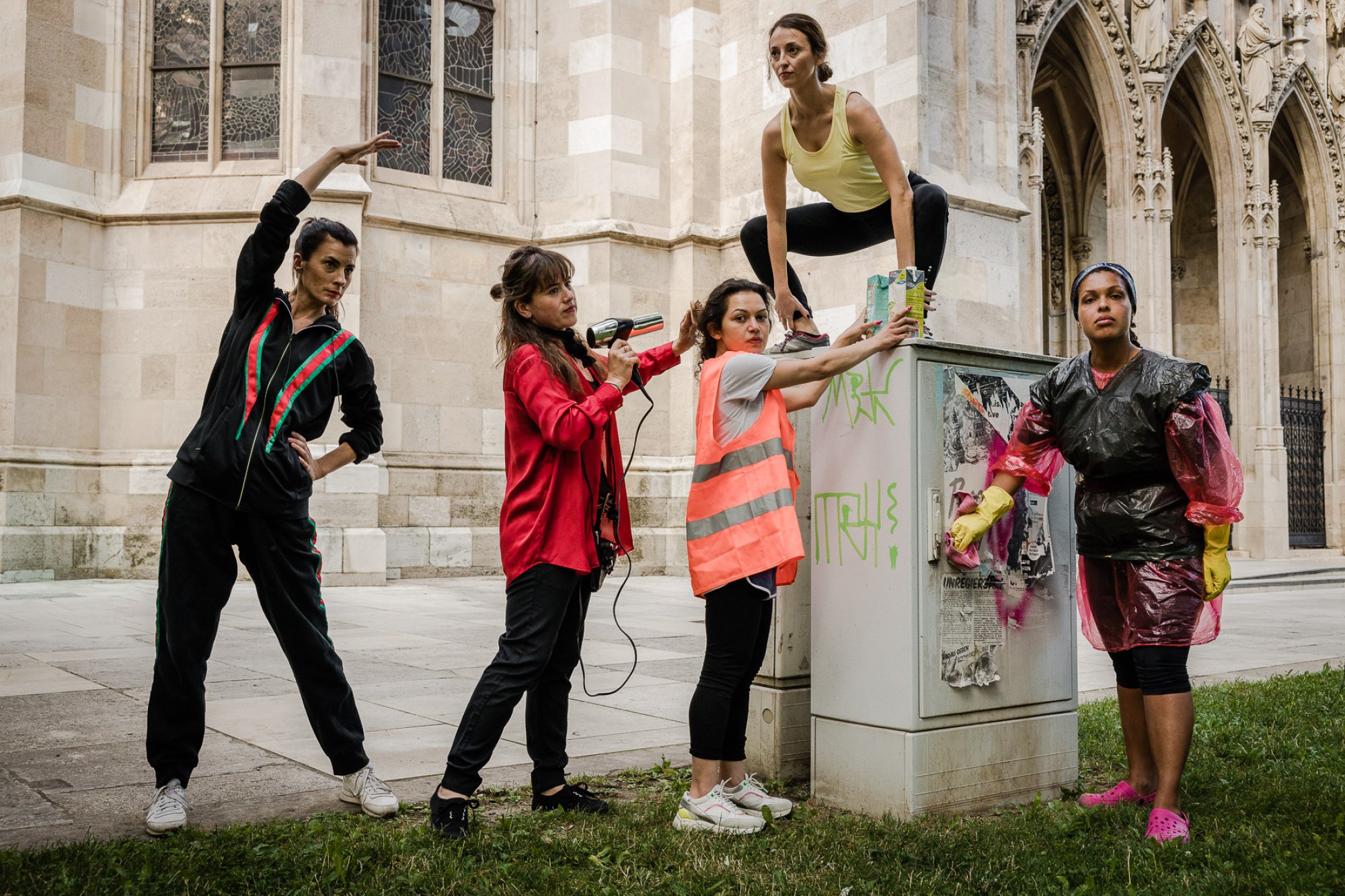 The contemporary stage interpretation of the Greek myth of Medea, directed by Corinne Eckenstein, springs from several years of collaboration with young women* who lack social visibility and influence. Due to prejudice against their descent, skin colour, gender, sexual orientation or political stance, their own homeland – Austria – is imposing on them a sense of foreignness. As a foreigner, the character of Medea resists assimilation and inspires fear and admiration with her uncompromising stance, allowing the authors to drum up great support for their reflection on the price they are (un)willing to pay to be accepted by society.

Our voices, faces, bodies and thoughts are not meant to be heard or seen. Politics is made on our backs, but we are not part of it. Yet suddenly we are considered systemically relevant to society. As nurses, cashiers, hairdressers, cleaners and actresses, we free ourselves from our attributed roles and step out into the public sphere for the first time as daughters of Medea, uncompromising and demanding.

Repeat performance for schools will be on Monday, 10 October 2022 at 11.00. Reservations and discounts for school groups: rezervacije@cityofwomen.org.