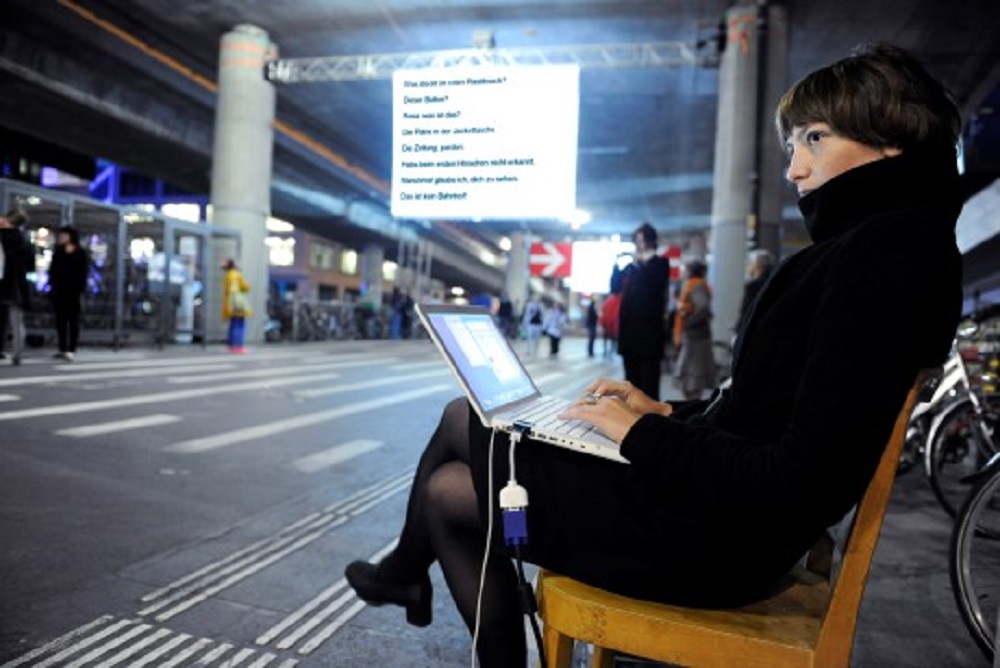 Mariano Pensotti: SOMETIMES I THINK, I CAN SEE YOU

Lola Arias, one of the artists who will take part in the forthcoming festival and Stefan Kaegi, whose work has been featured at the festival four times already, have curated the project Ciudades Paralelas, inviting several artists to set up interventions in the public space for the purpose of representing parallel realities. The author and theatrical director, Mariano Pensotti, conceived the project, which premiered in Berlin and has since then incarnated in a series of re-runs in Brussels, Rotterdam, Warsaw, Palermo, Buenos Aires … mostly taking place in railway stations.

Local writers embody the project in each of the host cities – Ljubljana being no exception here, observing what goes on at busy city spots and commenting on what they see, describing and enriching street life as it happens with their thoughts. Their words subsequently appear on wide screens.

The writers are not like the security cameras that merely follow our every move – they’re not just silent observers; they also make observations and co-create what goes on. And moreover – the observed are not mere objects, for they have the opportunity to assume the role of subjects and intervene in the stories featured on screens as written by the writers. So come and engage in a dialogue with Dijana Matković, Noah Charney, Goran Vojnović and Gabriela Babnik, immersing in a vibrant interaction with Ljubljana and everyone walking its streets.