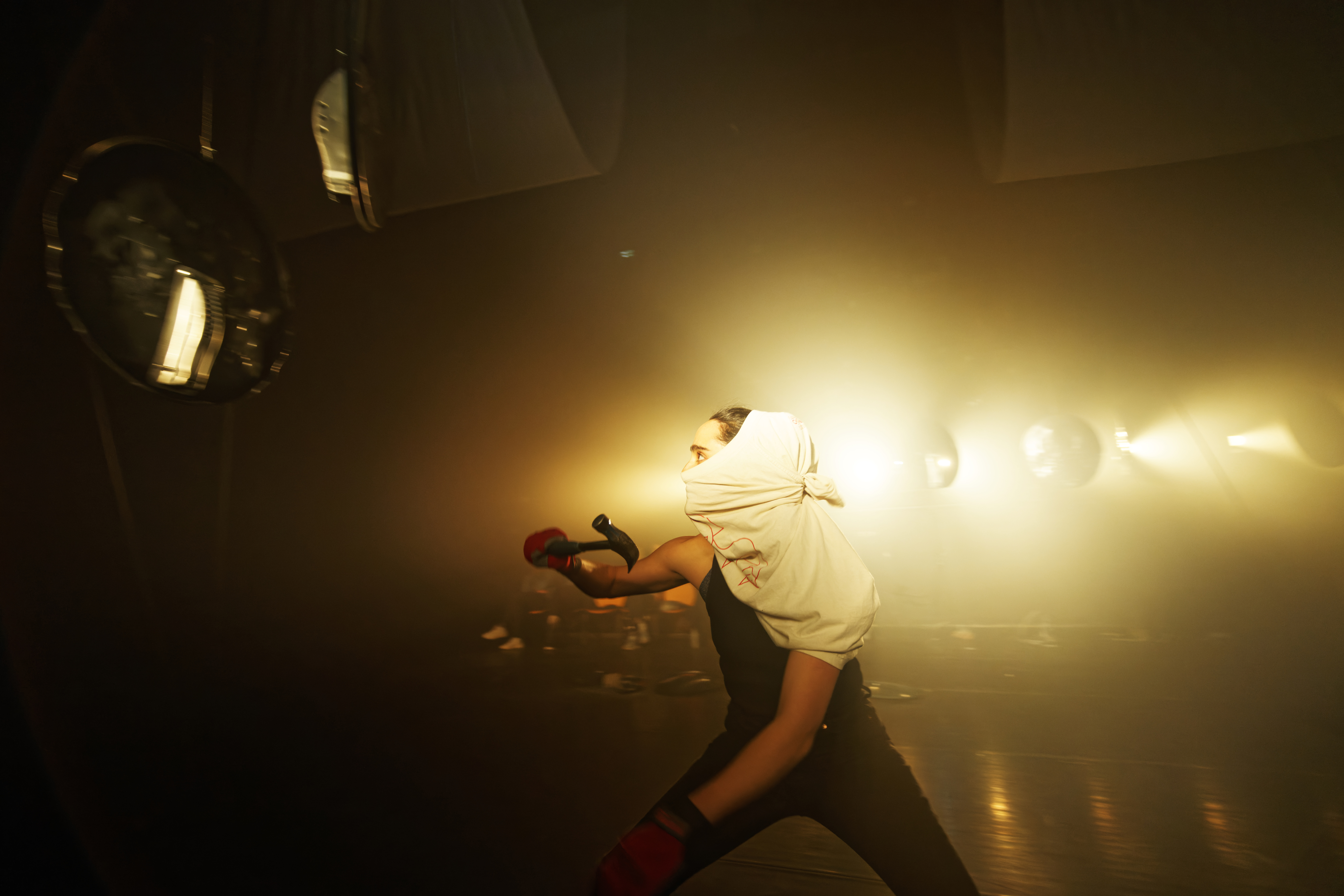 What is worse, not seeing or not being able to close your eyes? Mutilated reflects scenically on the meaning of mutilating an eye in a world that seems to become more ocularcentric every day. The play asks why someone thinks he has the power to shoot another citizen in the eye? And then, what does a country that lost 480 eyes lose?

The research is an interdisciplinary experience, developed from the testimonies and stories of those who lost part or all of their eyesight at the hands of the police during the 2019 social upheaval in Chile. The play proposes putting on stage the stories of those without a right to govern, bodies that fought desperately to survive. Bodies that dreamed of an opportunity for dignity, and they stood tall on the front line to fight because they had nothing to lose.

Performance is in Spanish with English and Slovene surtitles.