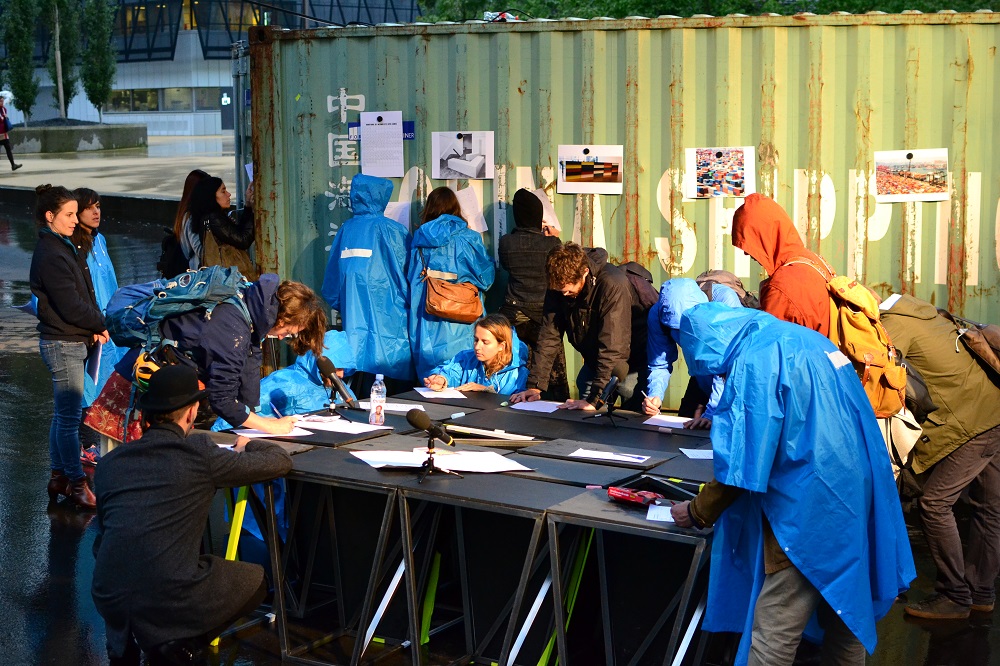 Bojan Djordjev was a guest of the 2015 Mladi levi with Not Red, But Blood, a performance of partisan, revolutionary and communist poetry. This year, he is visiting with Laura Kalauz, Maja Leo and Christopher Kriese. As usually for Djordjev, the artistic team is interested in a specific phenomenon, which is not esthetized, but rather deconstructed and exposed to critical thought.

Said to Contain is a contractual term used by shipping companies to record the content of shipping containers, as they are not verifying their contents but instead trust what is written. The artistic team tries to penetrate this membrane of confidence, to pierce the non‑transparent nature of container logistics, the foundation for the organization of our world. In March and April, the team travelled on a container ship from Hamburg to Buenos Aires, and then installed a container in Zurich and staged a performance in and around it. This performance is now coming to Slovenia, a country with a sea port and thus part of global shipping logistics. The artists perceive the container as an anchor around which they create an artistic event, as well as debates and meetings with different local stakeholders.