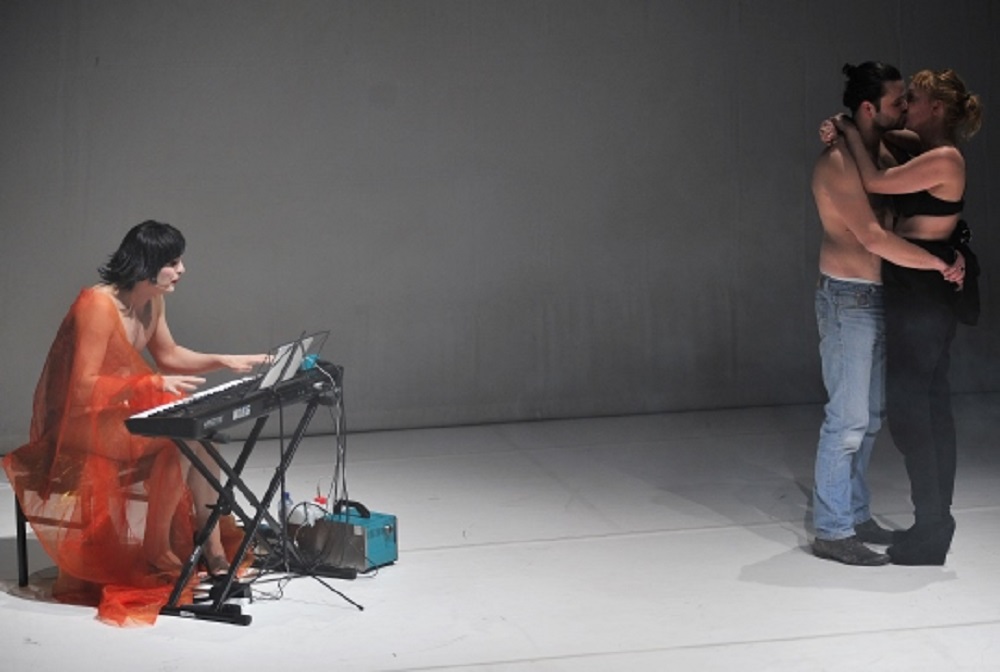 Ivo Dimchev is a Bulgarian choreographer and performer. Already at his first appearance at the Mladi levi festival we gave him the label of Gesamtkünstler, for he is also a composer, an actor, a dancer, a choreographer, a photographer and videographer … He had already established himself as an international star with his first guest performance Lili Handel at the Mladi levi festival in 2006.

P project is an interactive performance, which – according to Dimchev – is based on words starting with the letter P: piano, prey, pussy, poetry, Poppers … Now let’s add one essential syntagma on P to that: paid public participation. While the audience indeed carries out one part of this performance, it is still infused with Dimchev’s genius. And we will most certainly not be deprived of Ivo’s presence on stage, as this event only serves to highlight his good humour and lucidity. Claiming that the performance tests the audience’s boundaries just wouldn’t do it justice. Dimchev has no desire to ridicule people, make them uncomfortable, or explore how far they are willing to go. The connections it forges are much more transparent, defined by free will and paid work – a rare situation, and perhaps one that now only exists in its pure form in theatre? Performer pops (up). Playing, prancing, paying. Pronouncing publicly: participation persistently pursued!