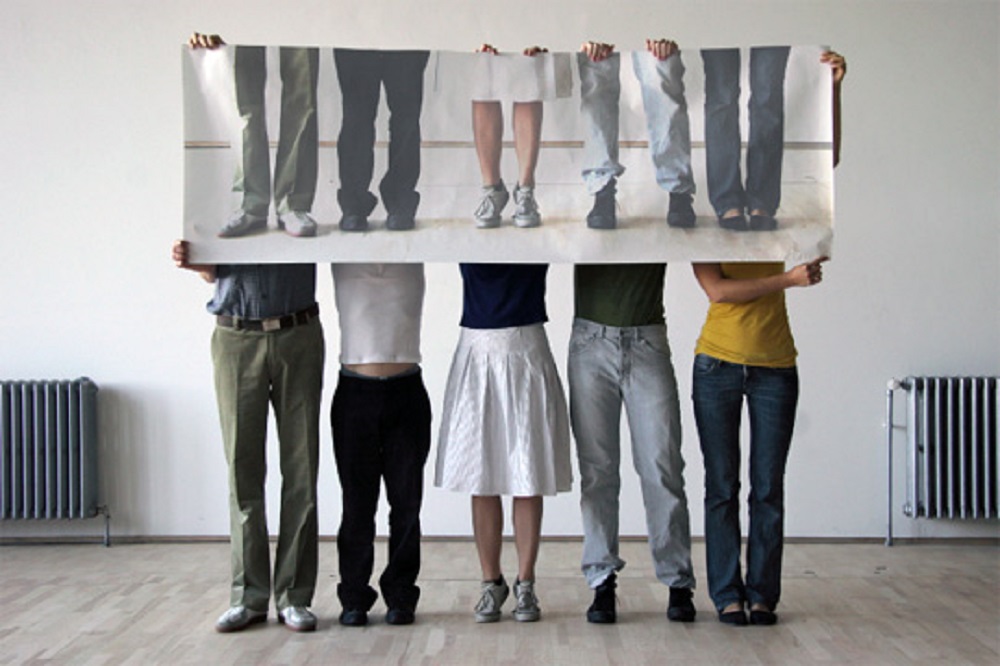 Ivana Müller: WHILE WE WERE HOLDING IT TOGETHER

An Ode to Imagination
Ivana Müller, a Croatian choreographer and performer living in Amsterdam, is by no means a stranger to Slovene audiences. The stages of Ljubljana have welcomed several of her performances already, including at the Mladi levi festival, which presented How Heavy Are My Thoughts at the time. Ivana Müller is quickly becoming one of the most interesting artistic players on the European dance scene, largely due to her performances revealing a distinctly fresh interaction between the original use of theatre-dance instruments, a breathtaking instinct for different forms of narration and wide-ranging ideas of subtlety. While We Were Holding It Together is best understood as a new chapter in the artistic opus of engaging and rather specific performances by Ivana Müller, especially since the author focuses on the concepts of body and mind while attempting to bridge the gapbetween them. The performance could well be characterized as an ode to the human imagination and not without reason – while watching it, the audience members become not only careful observers, but also active producers of meaning and fluent narrators of stories without knowing so. While We Were Holding It Together resembles an amusing theatre puzzle, where the audience itself has to fill in the blanks by following the provided clues. Various meanings thus generated grow larger and larger until the audience is able to catch sight of a wide and fascinating landscape, spreading itself in front and around them. And it is that very landscape that provides the setting for the audience members as well as for the five protagonists to mutually slide over and across its curves. »I can just imagine us shooting a commercial somewhere in the Alps while yodels echo from afar … I can see myself being on a family trip in the woods and it is just starting to snow…« It doesn’t take much for a story to emerge, a couple of words suffice to send us off into another world. However, what may seem a coincidental sum of ideas in the beginning turns out to be an unexpected and complex whole in the course of the performance.