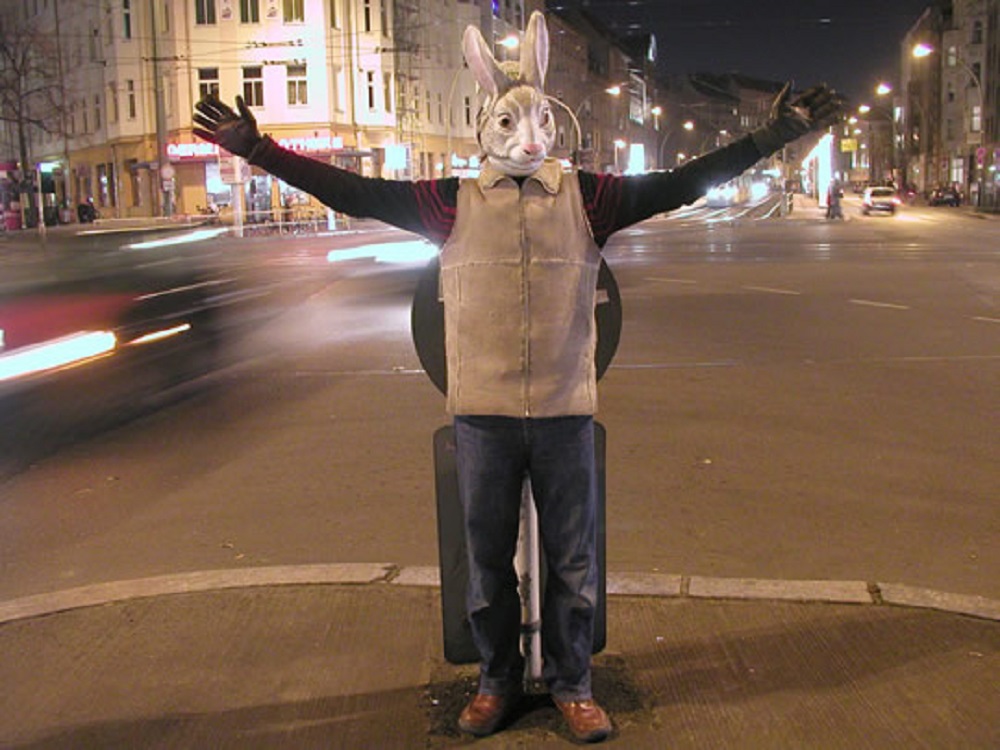 FIVE MINUTES OF FAME
The sphere of the Gob Squad’s actions spans between documentary, MTV and the theatre. Within these intersections, they seek spaces for social commentary, reflection and fun. The idea for Super Night Shot was conceived on the streets of Nottingham during two of the hottest British weeks, where the artists mixed the heat with vodka and filmed improvised movies with passers-by on the streets during the night. The performance has developed from these Nottingham nights into a structural entity, which is so precise that the creators even harmonize their watches before they begin on their hour-long filming expedition across a city. Each of them makes an hour of video-material with passers-by, which ends with their arrival on the scene. The result of this filming is four parallel movies, where the spectators watch the Gob Squad members and their encounters with a city and its inhabitants. They enable each of the passers-by his or her five minutes or fame, which in the spirit of our time can shrink to 20 seconds. They might meet you, too!
Super Night Shot is a function in cameras and enables them to record in the dark with infrared light. The shots create an impression of dramatic and ghost-like images.