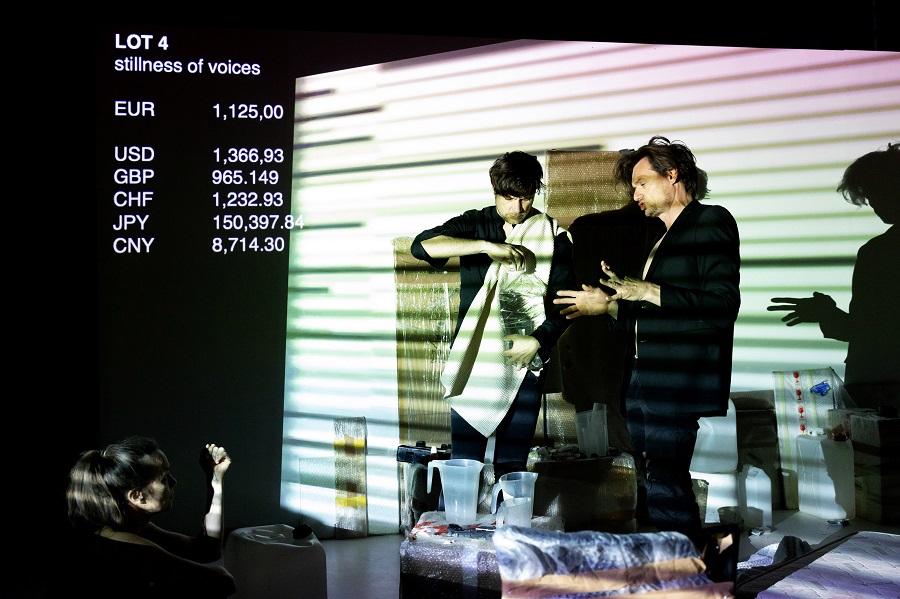 DEAR VISITORS! IN ACCORDANCE WITH THE NEW CONDITIONS FOR VISITING CULTURAL EVENTS, TVA CONDITIONS APPLY TO VISIT THE THEATER

2021 saw the establishment of the FORSALE Performance Action House, the world’s first auction house to sell theatre performances. FORSALE is not only an auction house, it is also a conceptual work of art created by the artist and theatre maker Lea Kukovičič who has a master’s degree in theatre directing from the DAMU Academy of Performing Arts in Prague.

The first performance sold at the auction was Ich kann nicht anders by the Beton Ltd. collective, which gave the FORSALE auction house a better sales average than the world-renowned auction houses Sothesby’s and Christie’s. All new buyers thus entered into joint ownership of the Beton Ltd.’s performance Ich kann nicht anders. In the artist talk, Lea Kukovičič will reveal what effect FORSALE has on people (producers, artists, new owners, passers-by, and herself), what situations it has created and is creating, what effect it has on society, and in what way it is related to the world. She will also talk about the specifics of addressing the audience and about the relationships she creates with theatre outside the theatre venues.

Artist talk is in Slovene.
45 minutes

Supported by: Ministry of Culture of the Republic of Slovenia, City of Ljubljana, Create to Connect -> Create to Impact, European Union – Creative Europe programme – Culture