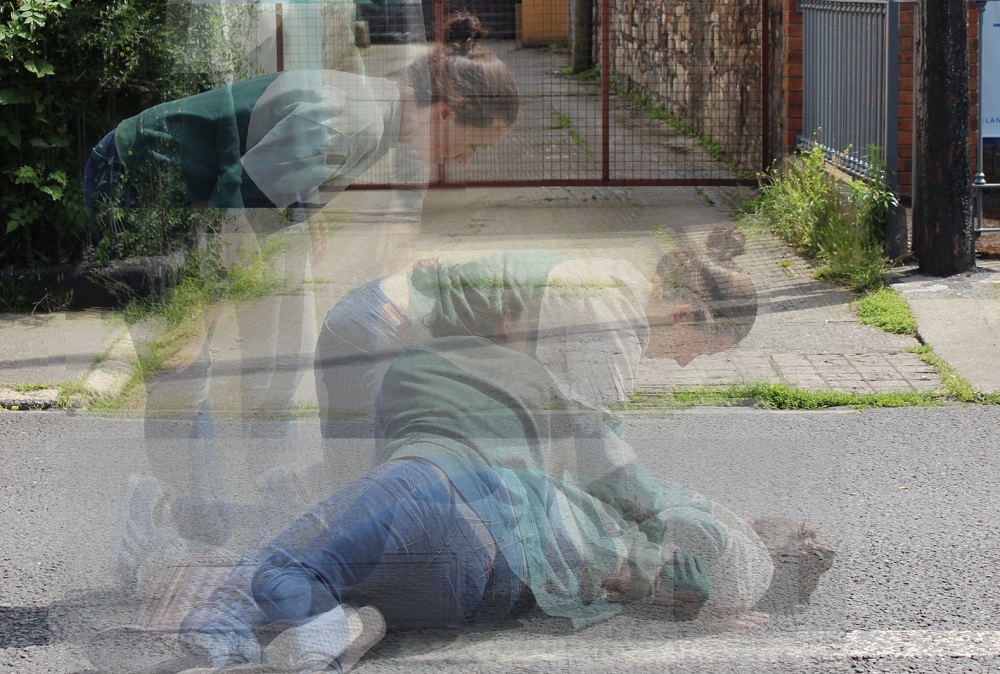 For several months, the Dublin-based artists Bernie O’Reilly and Maud Hendricks (Outlandish Theatre Platform) have been collaborating with six women based in Slovenia who are part of the WoW Group: Sammar Al Kerawe, Favour Edokpayi Musa, Katja Kovač, Victoriia Pospelova, Samar Zughool, and Tanja Završki. Inspired by Samuel Beckett’s Catastrophe, they have been investigating the relations between oppressors, systems of persecution and precarity throughout this long-distance process.

During their joint one-week residency in Ljubljana, they are going to co-develop video performance portraits exploring sites which hold resonances to themes of precarity together with artist Đejmi Hadrović. Their collaboration and public sharing will be documented by photographer Azadeh Hashemzadeh.

In 2021, the creative process of Catastrophe Blues will continue with a larger group of local participants as part of the two-year European project Women on Women, supported by the Creative Europe programme.
Produced by: City of Women and Outlandish Theatre Platform, as part of the European project Women on Women co-funded by the Creative Europe programme of the European Union; in cooperation with: Bunker – Old Power Station; supported by: Ministry of Culture, Ministry of Public Administration, City of Ljubljana.