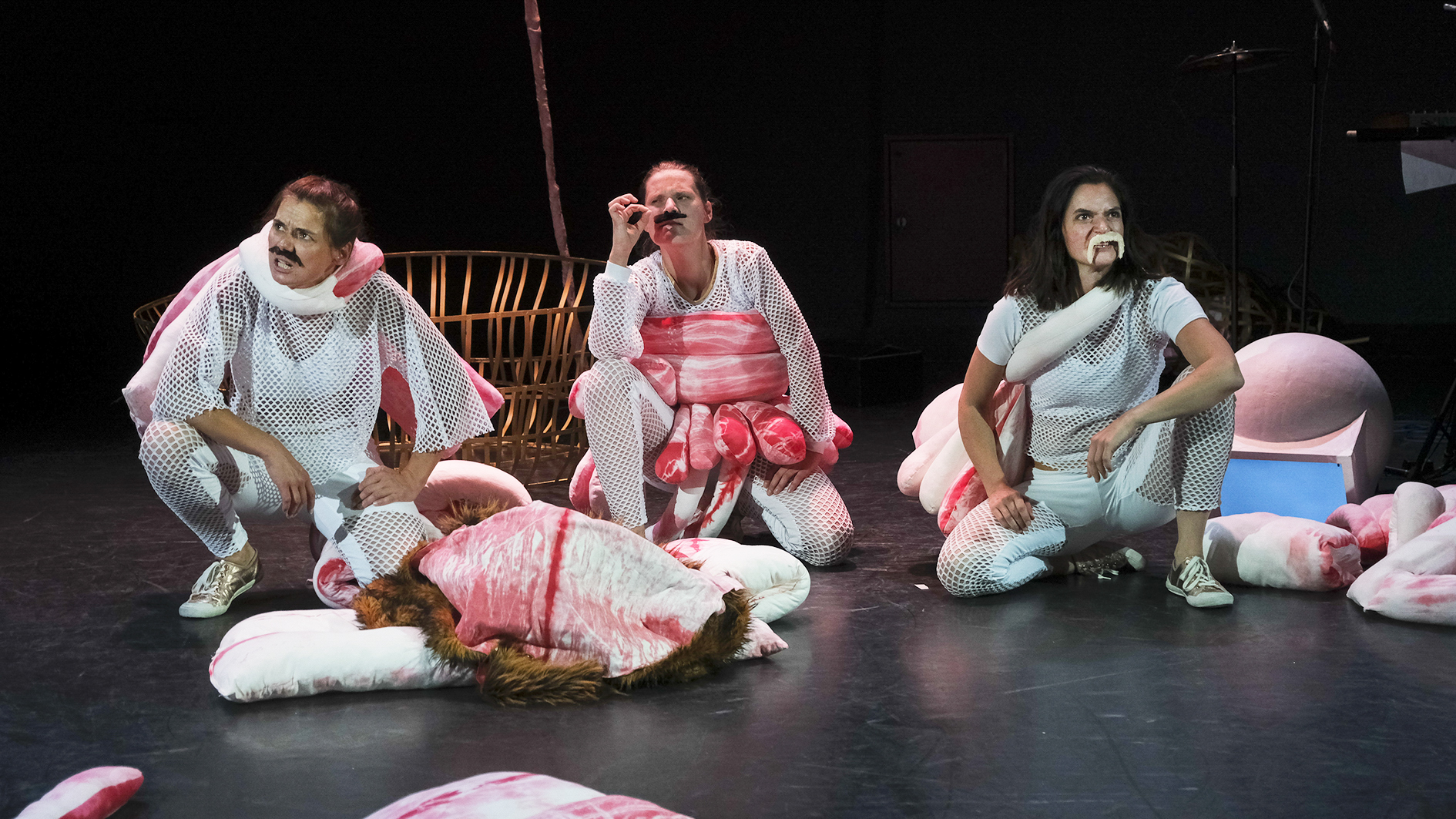 City of Women: Lovefuckers: The Return of Ishtar

In The Return of Ishtar, the Berlin-based theatre group Lovefuckers embarks on a radical time travel and designs future scenarios that try to bring to life every possible alternative.

The world lies in a deep sleep, and only some individuals awake and shape society after their wishes. History as we know it can be rewritten, re-experienced, and transformed. The newly awakened can experiment in a space without time and limits. Quietly, without anybody noticing, SHE creeps in. SHE, the queen of the apocalypse: ISHTAR. Long before we were born, there was a goddess in the holy city of Uruk. People say SHE was the queen of the skies, the falcon of all gods and she had many different appearances. SHE could appear as a man or a woman. She united all contradictions. People gave her many names – one of them was ISHTAR. Today her meaning is forgotten but SHE still is an inspiration for new gender designs.

In German with Slovenian and English subtitles.