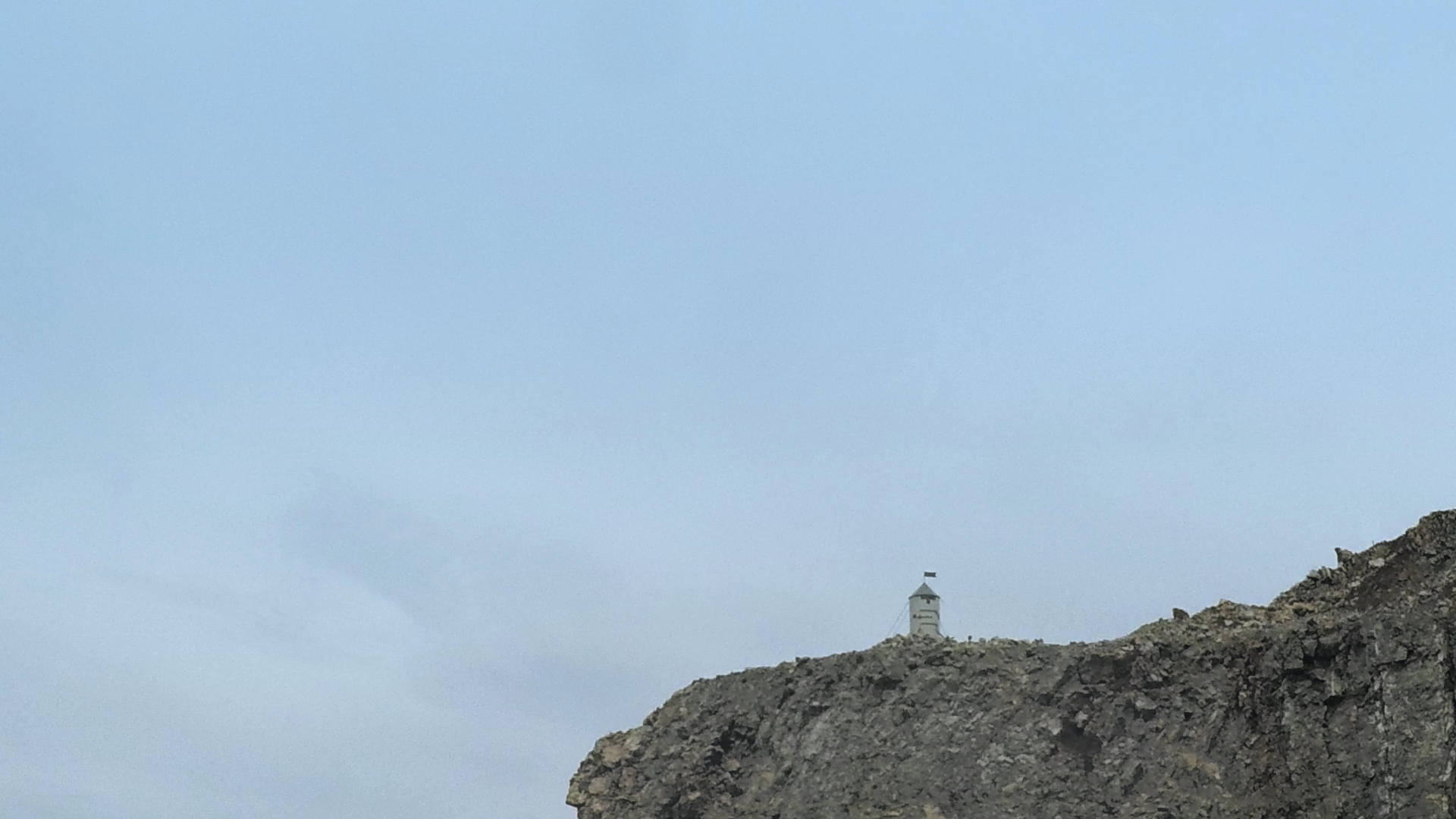 Video performance (10′ in a loop) and installation of documentary material

In 2021, eight (women) artists blew up a replica of the Aljaž Tower in the Gabrovec quarry in collaboration with a certified blasting contractor. The explosion was a response to the increasingly nationalistic and conservative social climate in Slovenia. In a subversive move, the artists staged a fake terrorist action to question the current social situation.

Peak is a video performance on the meaning of a cultural heritage monument at a moment when it is being violently erased. It is an iconoclastic gesture, which is, by definition, the result of a revolt – most often against religious, political, or racial injustices. This gesture is multifaceted: on the one hand, it breaks with canonical thinking, on the other, the destruction of a symbol can re-establish that very symbol in a new, wider historical context.

In addition to the footage of the action projected on the big screen, there will be extensive documentation on the course of the action, all those involved, and all the complications.

At a time when society is becoming increasingly patriarchal and closed off, a strong artistic gesture is a necessity. – Eight artists

Art historian Noah Charney has written on the Peak in “From Virtual Terrorism Comes Unobjectionable Iconoclasm”. Read his essay.