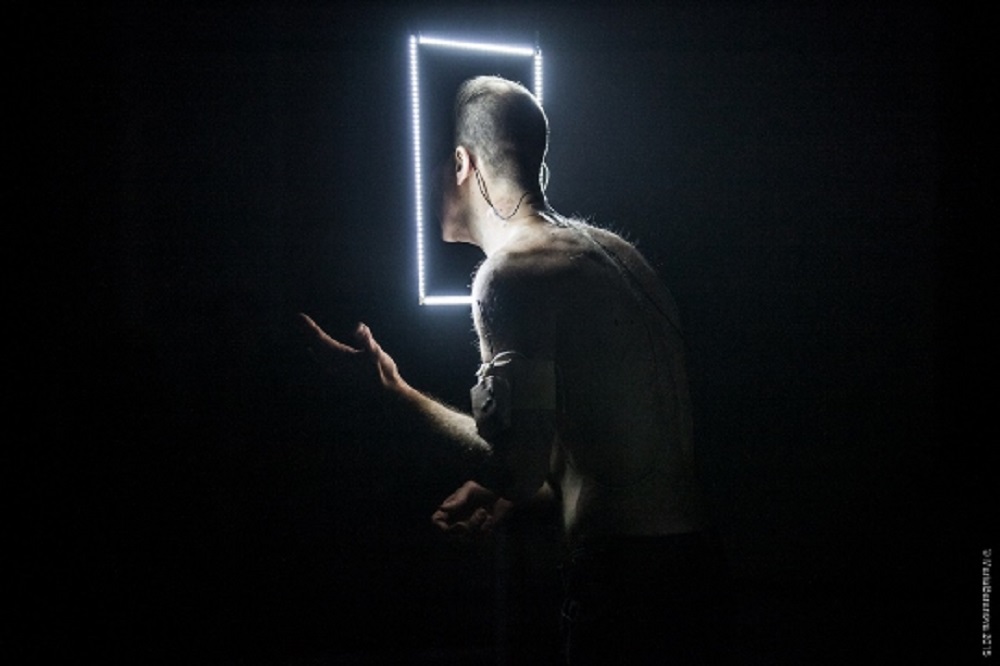 The New York-based artist Andrew Schneider makes art at the intersection of performing arts and technology; his original work inhabits the arenas of theatre, video and installation. He was a member of the Wooster Group for seven years.

YOUARENOWHERE is a brilliantly conceived performance of meticulous technical nature and performing magnitude: the performer and the entire technical machinery bend time and take the audience on a carousel of illusions, quick changes, Lynchian atmospheres, Fightclub-like action scenes and tsunamis of quotes. The unravelling referential landscape ranges from philosophy (including Žižek, of course) to Hollywood cinema. Schneider constantly plays with our own perception of both the performance and life itself. Or perhaps he flirts with the role of Schrödinger’s cat – offering a cognitive experiment, whereby questions about death and life are reduced to mere provocations in order for us to understand that just as the world of quantum mechanics doesn’t function according to the laws of common sense, other similar worlds do exist which are excluded from the arena of everyday logic. Such as art, for example.

YOUARENOWHERE was commissioned by Mass Live Arts and Performance Space 122 with support from the Jerome Foundation, an award from the National Endowment for the Arts – Art Works, and was made possible in part by New York State Council on the Arts with the support of Governor Andrew Cuomo and the New York State Legislature.