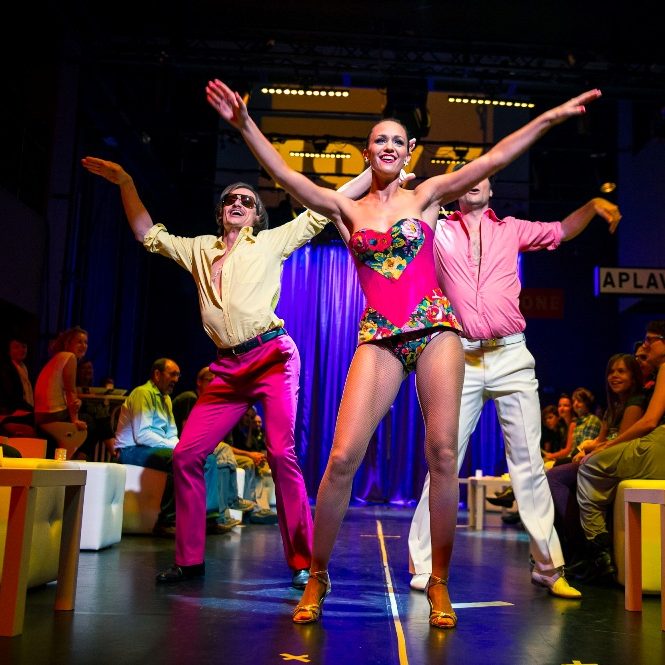 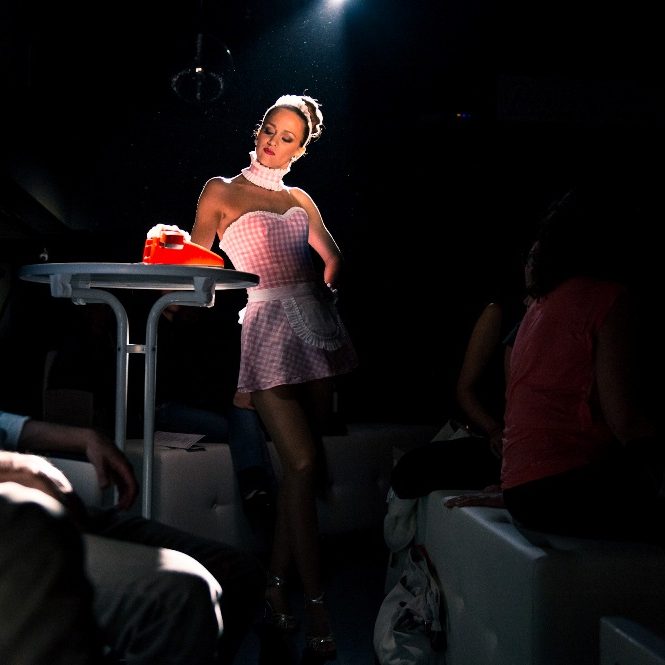 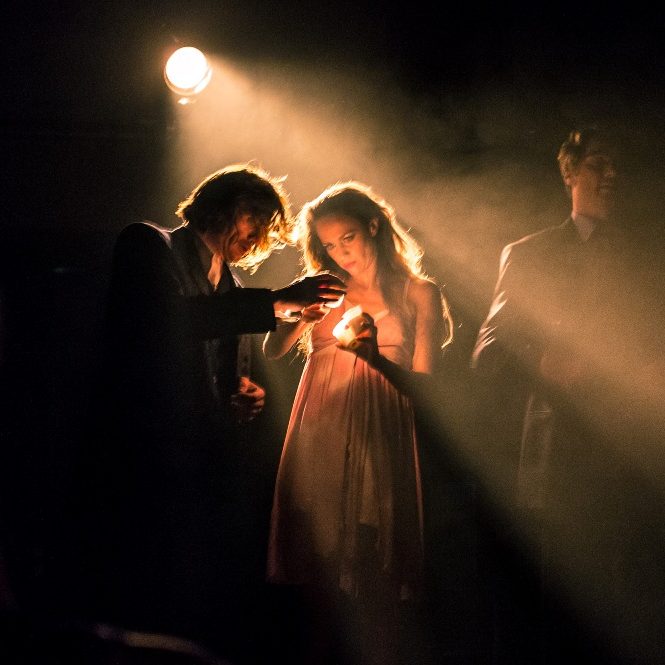 EVERYTHING WE’VE LOST,
WHILE WE’VE GONE ON LIVING

The performance titled Everything We’ve Lost While We’ve Gone on Living emanates from the absurd as portrayed by the current time and as developed by the French playwright of Romanian descent, Eugene Ionesco, in his work The Killer [fr. Tuer sans gages].By going back to the perception of reality as an increasingly fictive and imaginary landscape, a contemplative posture towards our own selves is invoked, about what we are like and about the constantly changing circumstances that surround us. On the other hand, it is also about returning to the very basis of the theatrical and to the multitude of performing procedures, wrapped in the bitter-sweet combination of what was and of what is, of what was promised and of what was wasted and, first and foremost, of the lost time that has been passing by while a different kind of reality was being perceived than the one that actually took place.

The world is absurd, grotesque and painful for Eugene Ionesco. While history as science allows for insight into why things happened the way they did, life on the other hand is complete absurdity; an unimaginable part of existence. According to Ionesco, his characters utter things that he himself cannot grasp – stupid, funny and crazy things – while he feels completely estranged from the world. And just as the Killer confronts Berenger by asking him certain existential questions, the members of Beton Ltd. collective also ask themselves and each other certain questions related to personal, professional and social premises with reference to three distinct temporal eras; the birth year [1976 and 1977] together with the context of the former Federal Republic of Yugoslavia, the coming of age period that comes to an end with the rite of passage [1995 /1996] and the projection to the future that still resides beyond our grasp.

Bold glamour and exquisite show; grandiose buildings and the time when anything is possible; is that merely a dream from the past? What were we born into and what kind of circumstances did we grow up in? What should we have done, but haven’t? What should we have contemplated, but haven’t? We have been neither rational nor responsible. That’s because instead of thinking about results, we’ve been making performances. Just as if our entire life – while lived – was replaced by a false freedom, in which others get to say whether sometime in the near future we’ll turn into citizens at peace with the world, desperate individuals and/or migrants in a place far away.

“Perhaps I should go back to the beginning and find out where it all got lost and vanished. Everything seemed possible in the beginning. And also later. As much as I can remember. A lot of energy. Fire. Youth. Spring. Light. Pleasure. Not exactly luck, but contentment that allowed me to live my life. That was my force of life. I don’t know, it all seems such a long way back. Perhaps just a couple of years ago. It might have been yesterday. But I never stopped believing that it must exist. A way. A direction. A meaning. But it doesn’t matter anymore. I am here now. And I’ll begin by going back to the beginning. I’m forty-five years old. Thirty-six. Well, to tell the truth, I’m really forty, forty-five. Perhaps even more. I feel old. You know what I’m talking about. I need a different life, a new life. Different circumstances, a different environment. It’s not too much to ask, right? Hoping for something like that to happen? A different set of circumstances?”

This could be a beginning. It was written by someone else, but we’ll sign it.

Interview
V. Milek: The story about an elite hotel, bunnies, graduation and actors in their time (Delo – Sobotna priloga, 23. 11. 2013)