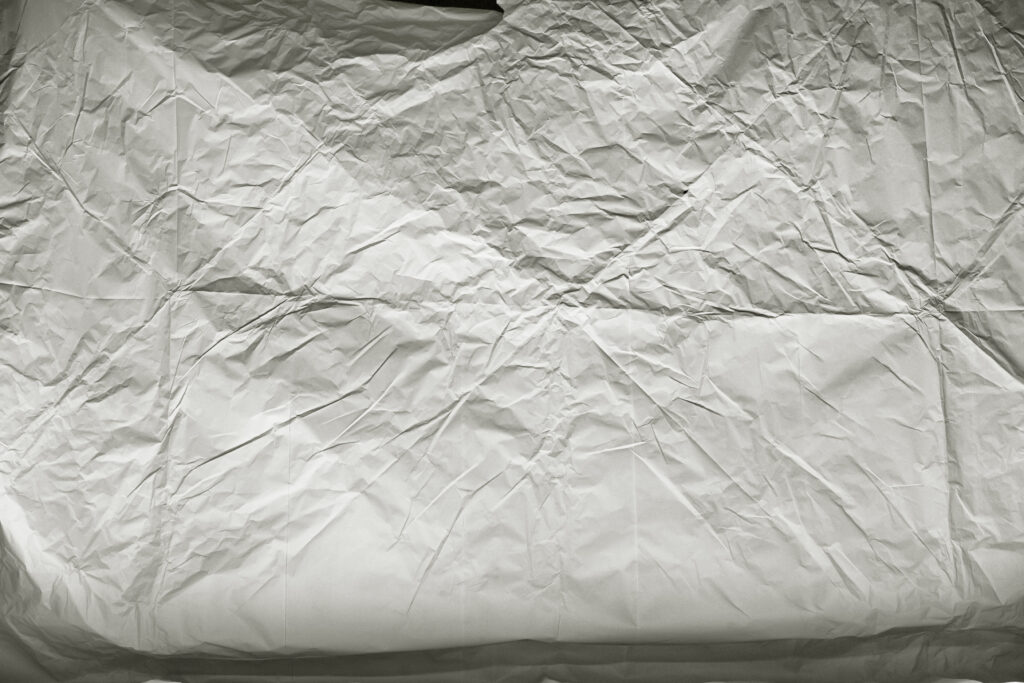 The Origami project deals with co-movement and confrontation of motive bodies, material, and space. It develops the ideas of dynamics and forms that occur in relation to materials – physical, motive and sonic. Origami strives toward a performance in which five performers use their movement and coordination of their paths to develop and modulate the chosen material; they spread, bend, turn, fold and unfold it. The duration and processuality of each phase of the changing sculpture offers a simple but elusive metaphor – everything changes and modulates, nothing is permanent, and yet in its fluidity, it also has small micro stops that provide a starting point for the next modulation. Duration is directly related to the movement of matter; the duration of establishing the surface, of folding, gluing, shaping. Through its own structure of compositions, the performance thus thinks its own process of passing, appearing, and disappearing and returning again.

“Passing” is woven into the very medium of the live event, or into its ontology, and it appears to us, at its core, as an ephemeral, elusive form.

But it is precisely through the elusive correlations created by the performers in their collective actions on stage that transform the choreography into a field of negotiation between performers, as the movement of bodies in this study primarily plays the functional role of bending the (white) surface, thereby preserving a certain vulnerability, liveliness and openness of the stage situation. This creates temporary physical and spatial constellations determined by the materiality of walking, squatting, lifting and dropping, smoothing, changing spaces, parallel and diametrical movements. On the other side, a choreography emerges that detaches itself from this action, becomes an autonomous score through the relation between the poetics of the body and space and sound.

The movement of both bodies, materials and sound enters into various associative formations, both with light and in space, and in doing so, deeply appeals to the imagination of the spectators and offers space for associative stringing of impulses. In this way, aestheticized and accented sound and visual landscapes are created.