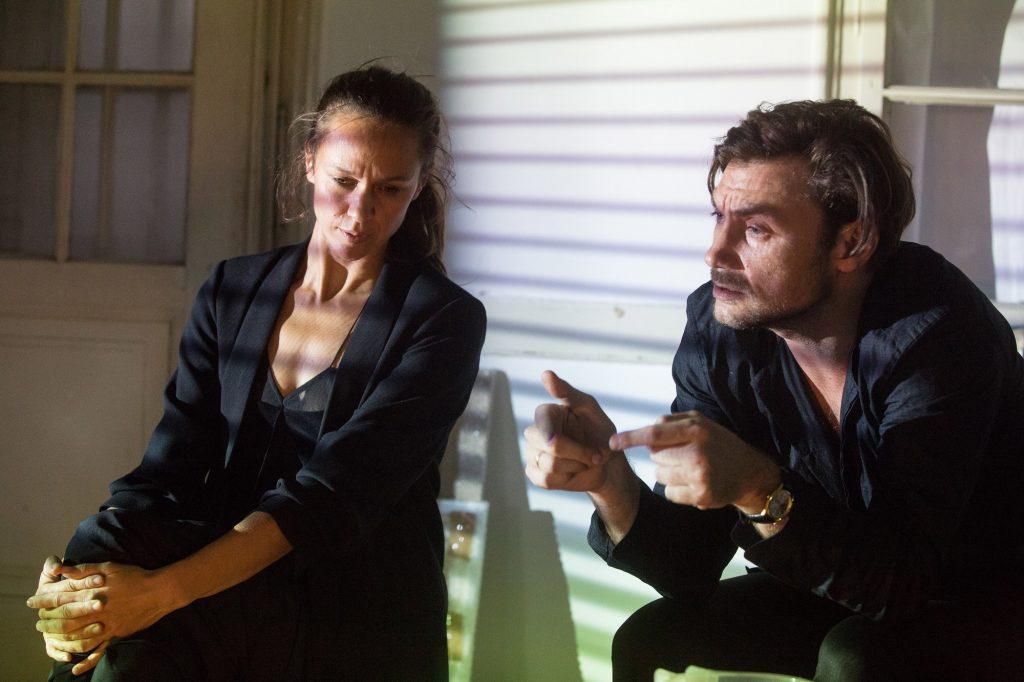 The first performance of the German cycle
is going to New York this January (16th to 19th)!

“A show seen with gaping mouths. Not because the actors revealed themselves, but because they revealed society, not society even, they undressed us.” (Jaša Lorenčič, Urbani.si)

Ich kann nicht anders (I can do no other) is fifth performance of the collective Beton Ltd.. It is an arena where the audience peek like voyeurs into selected intimate moments of three people. Their relationship is fluid, their roles are ephemeral, their words … their words are something we would never write down, never say out loud in front of people we do not know, never repeat. Because they are so intimate, so banal, so common, so connected to everything daily omni-present, yet ungraspable: terrorism, capitalism, hashtags, patriarchy, sex, food … and: other people too. The atmosphere of this piece is ever elusive, almost embarrassing and the shifts are sublime: the viewer can never fully immerse herself in the performance, even though the performers are so close one could almost touch them, but one can also not look away. What happens behind closed doors or a curtain?

“One of the strategies against the noise of the world is exile into a world of one’s own. Not to surrender, but to defend your intimate territory against the outside world. The withdrawal into privacy, where freedom is possible and were utopia is – now.” Alma R. Selimović

Ich kann nicht anders was made based on improvisations, the text is based on documenting dialogues, while co-existing in an isolated space to which the actors confined themselves during the developing process. It erases the boundaries between the fictitious and private, between the politically incorrect and objective, between the world outside and the world of intimacy.

Beton Ltd. is one of the leading Slovenian collectives in the field of contemporary performing arts, established in 2010 by three renowned Slovenian actors Katarina Stegnar, Primož Bezjak and Branko Jordan. Beton Ltd. collective is always tackling problems of the contemporary world with much self-reflection and humour, with innovative performing practices and methods.

“This is an ensemble, which builds on a gesture. This is not revolutionary theatre, although it is innovative and political. It is a theatre we need here and now, to push us at least a few feet somewhere else – or reminds us, that it’s time to go.” (Muanis Sinanović, Kriterij)