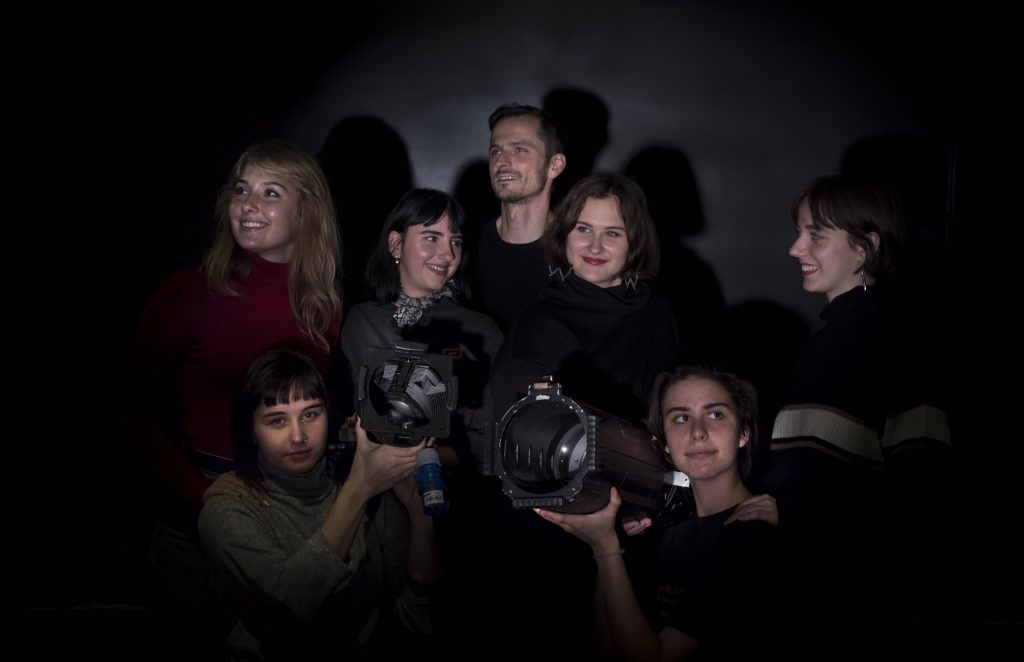 The team, which evolved during the three years of the program into the Young Selectors Club, was given the opportunity to choose a part of the program of the Drugajanje festival. The selection was based on the premise that young people see and experience theatre differently, and that the program designed and signed off by a youth selection team would address the young in a different way, more honestly, more authentically, more directly than the program designed by a trained professional theater selector. The selection team appreciates this position, as it is the reason for the existence of the Young Selectors Club, a unique format in the field of culture and youth work in Slovenia, however, they have repeatedly problematized it in the selection process. In the course of the selection process, the team was repeatedly faced with program decisions of other organizations, festivals, selectors and curators, who saw »youth« selection as more simple and straightforward, preferably not too demanding and ambitious. Such a position is questionable for young theatre fans, and condescending towards young audiences. That is why the unspoken criteria a performance should not be »yet another performance for the youth« was one of the many criteria that influenced the final selection. In response to superficial interpretations of the »youth«, the Young Selectors Club invited the authors of Poíesis of Self onto the stage of The Second Gymnasium.

Choosing a performance that makes the viewer reflect on the relationship between body, space and thought, is not condescending to young visitors. A multitude of theoretical references, statements, movement inserts, and other elements provide viewers with more possible reference points than they are able to process during the performance, while their placement into the performing space forces them to continually reflect on their position in space and in the performance. From the standpoint of the selection team, Poíesis of Self raised more questions than it provided answers, and some situations on stage led to completely different interpretations and insights by different selectors. The different situations posed by the authors and the complexity of the different messages can certainly trigger uncertainty in a viewer with less theatrical mileage. Such uncertainty was felt by the young selectors at many of the performances we have seen during the 2+ years of the club. We have also come to the conclusion that you do not have to control the artistic process in which you participate, that you can also enjoy it, and that you do not have to understand everything in order to gain a lot from a performance. If this realization materialized on stage, it would become Poíesis of Self.