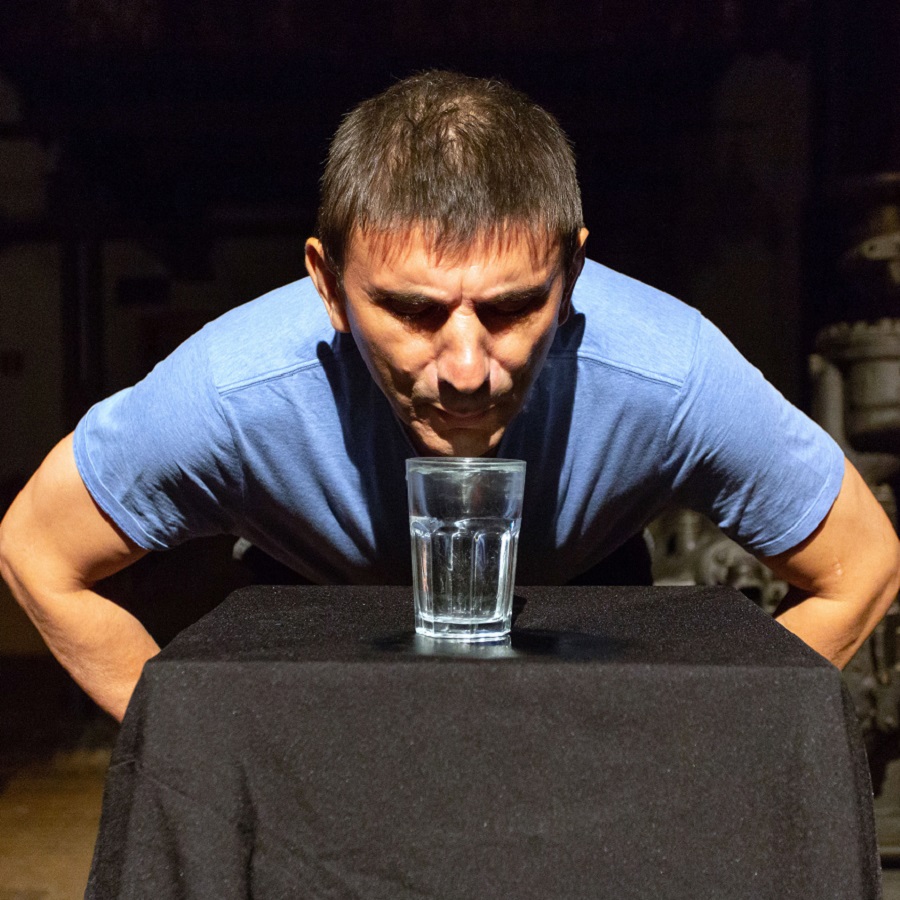 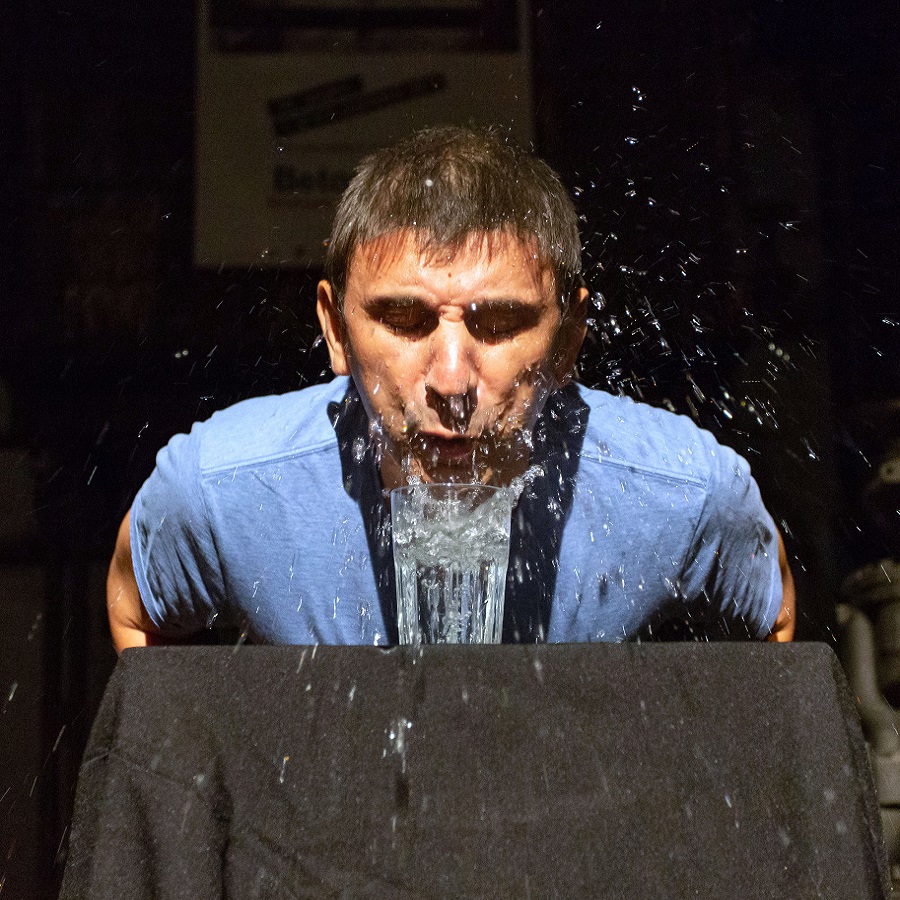 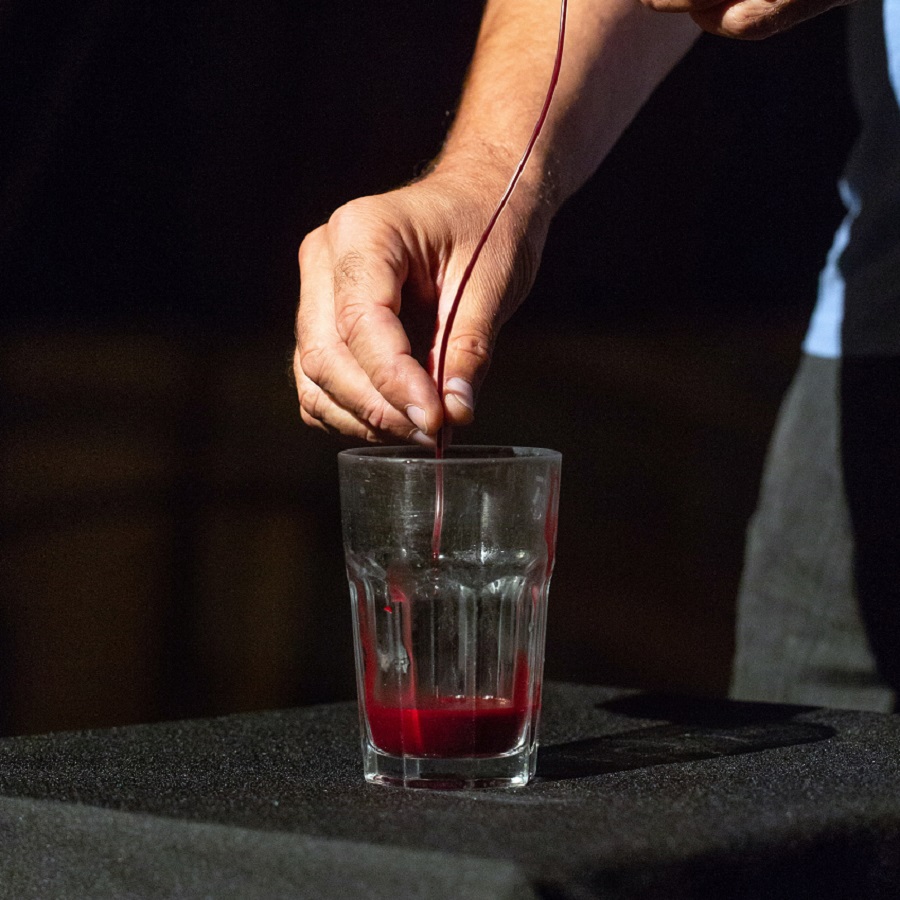 STORM IN THE GLASS OF WATER

Siniša Labrović works mainly in the fields of body art, performance and visual art. In Ljubljana, he is best known for his actions and installations in the field of visual arts – he is currently part of the exhibition Heavenly Beings at the Museum of Contemporary Art, and he recently had an independent exhibition at The Match Gallery. Through his work, he addresses the ambiguous and painful aspects of society, such as nationalism, the vampirisation of the Catholic Church, reality shows, the understanding of the past, and also the media degradation … His most notable project globally was stado.org, a reality show with sheep. He dressed up the island of Goli otok (Naked Island), sang the text of Gloria magazine to the sound of gusle, licked the feet of the audience … All his projects have a very clear point, but at the same time they are very open to interpretation, as he does his part and leaves the interpretation to the audience.

He carried out two performances in Ljubljana – both with extremely suggestive titles, which makes a more detailed description almost redundant. Fishing was a durational performance, which means that people could catch it any time of the day or follow it all 7 hours, whereas Storm in a Glass of Water was a one-off event.