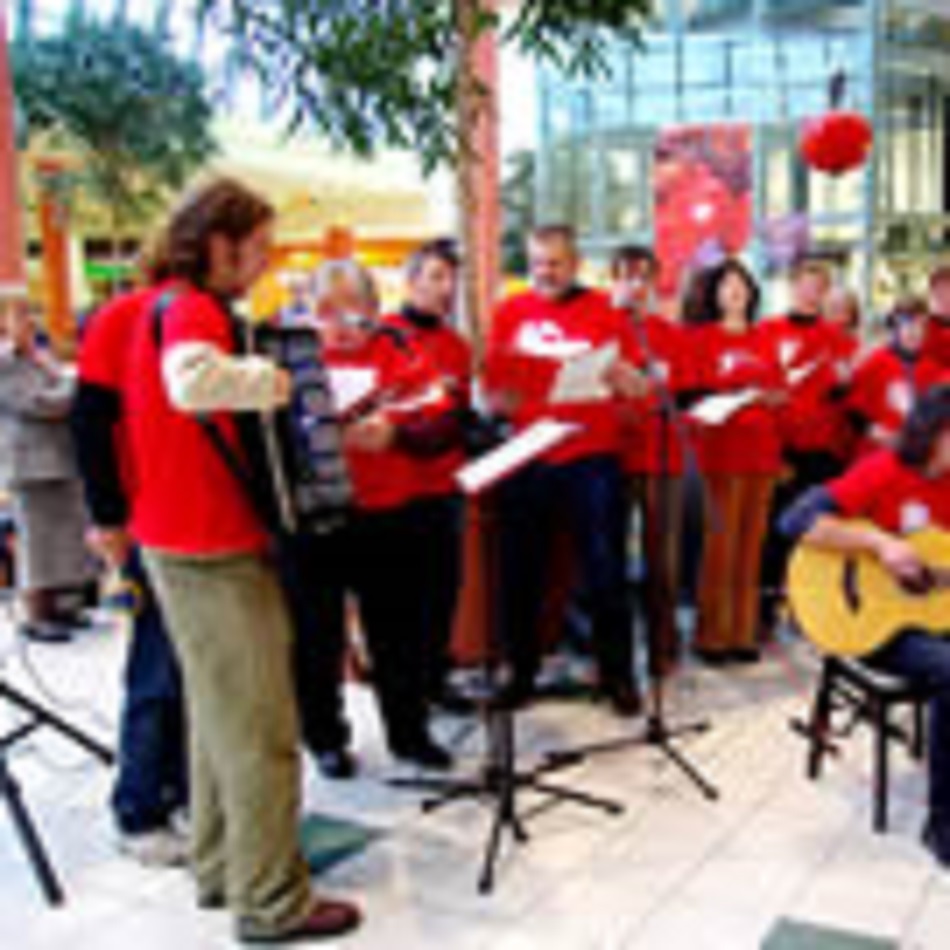 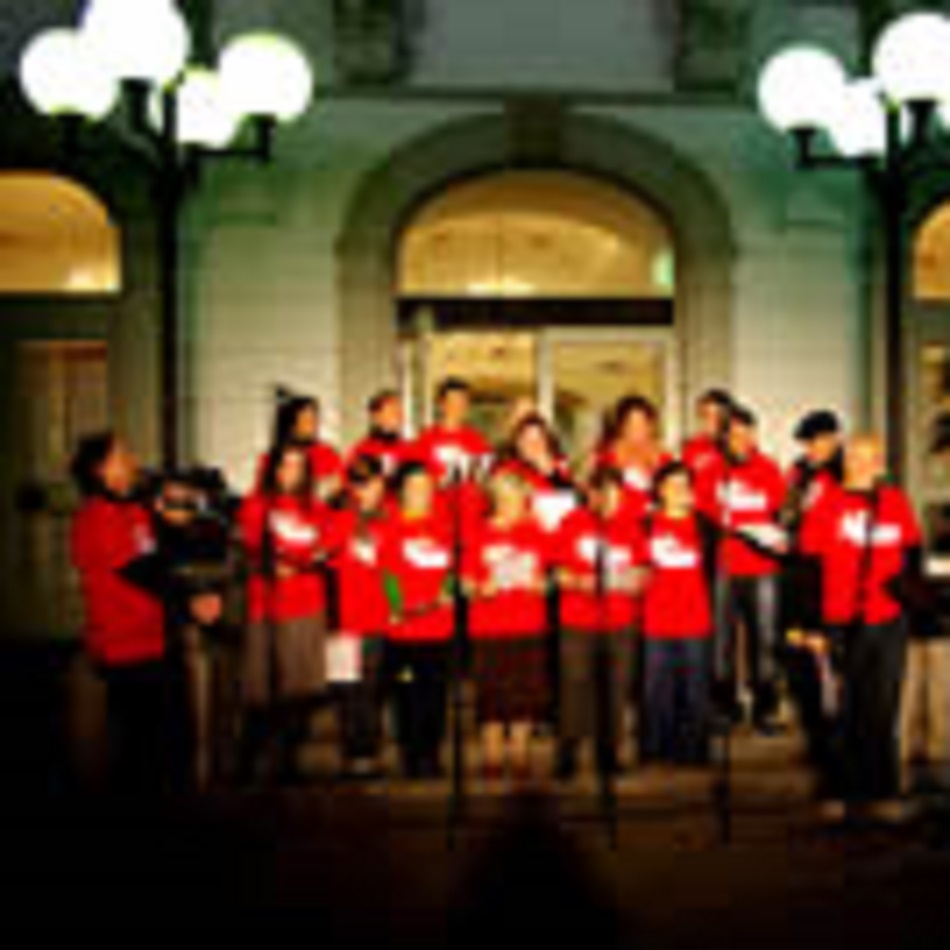 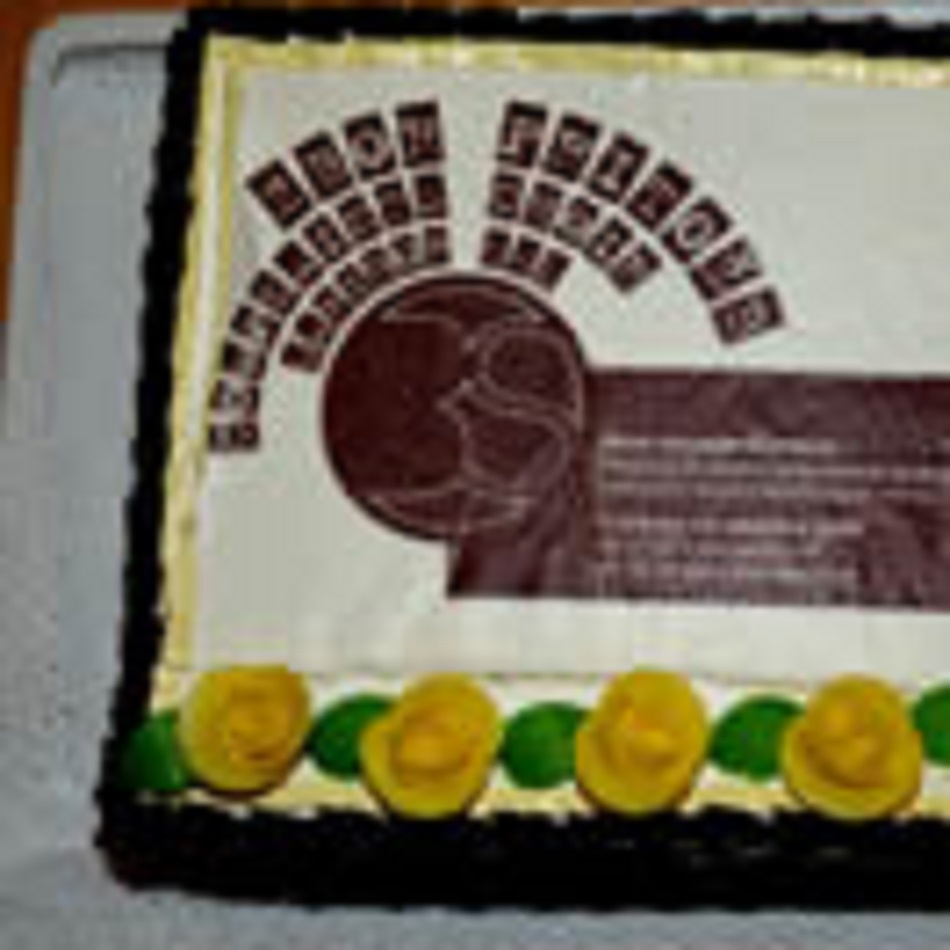 A completely new Complaints Choir was composed in the framework of the 43rd Maribor Theatre Festival and ‘sang praise’ proud and clear to various difficulties and problems encountered in the city of Maribor. The complaints were set to music by Marko Vezovišek and Jure Ivanušič and performed on 25th October 2008 in Europark Shopping Center and in front of Slovene National Theatre Maribor. Complaints choir can be seen as a public space intervention set up by keen individuals in the form of a choir song, which they all perform together regardless of their singing abilities. The opening performance of a complaints choir in Slovenia took place in Ljubljana – on the Prešernov trg Square in April and at The Mladi Levi Festival in August. The project turned out to be a success and was thus also invited to Maribor where Complaints Choir was formed anew.

The complaints were accompanied by Daniel Marinič on accordion with David Vezjak and Igor Fekonja on guitars.

Rudi Uran and his camera followed the choir from its beginning. 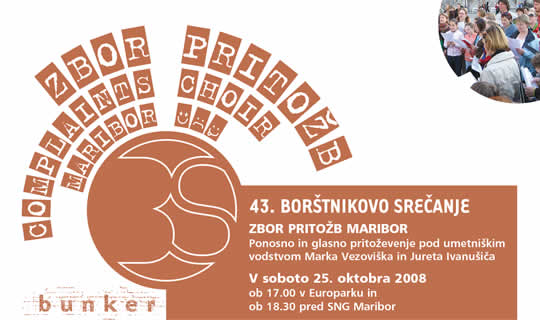