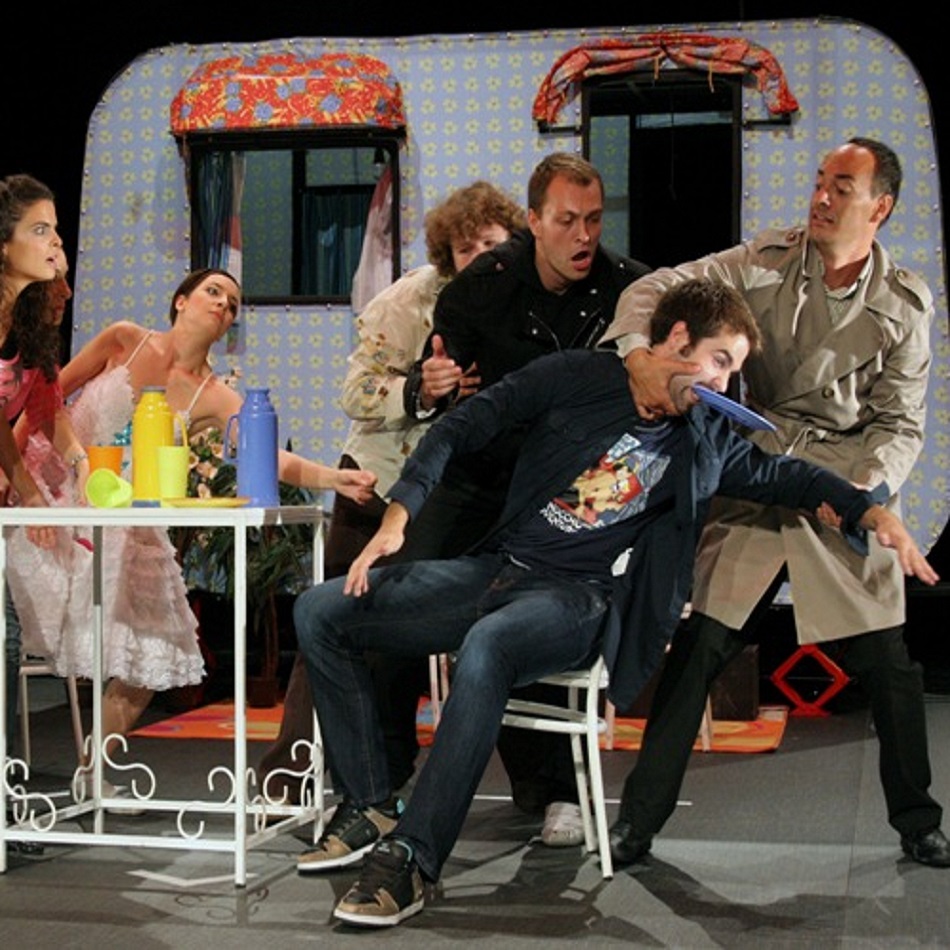 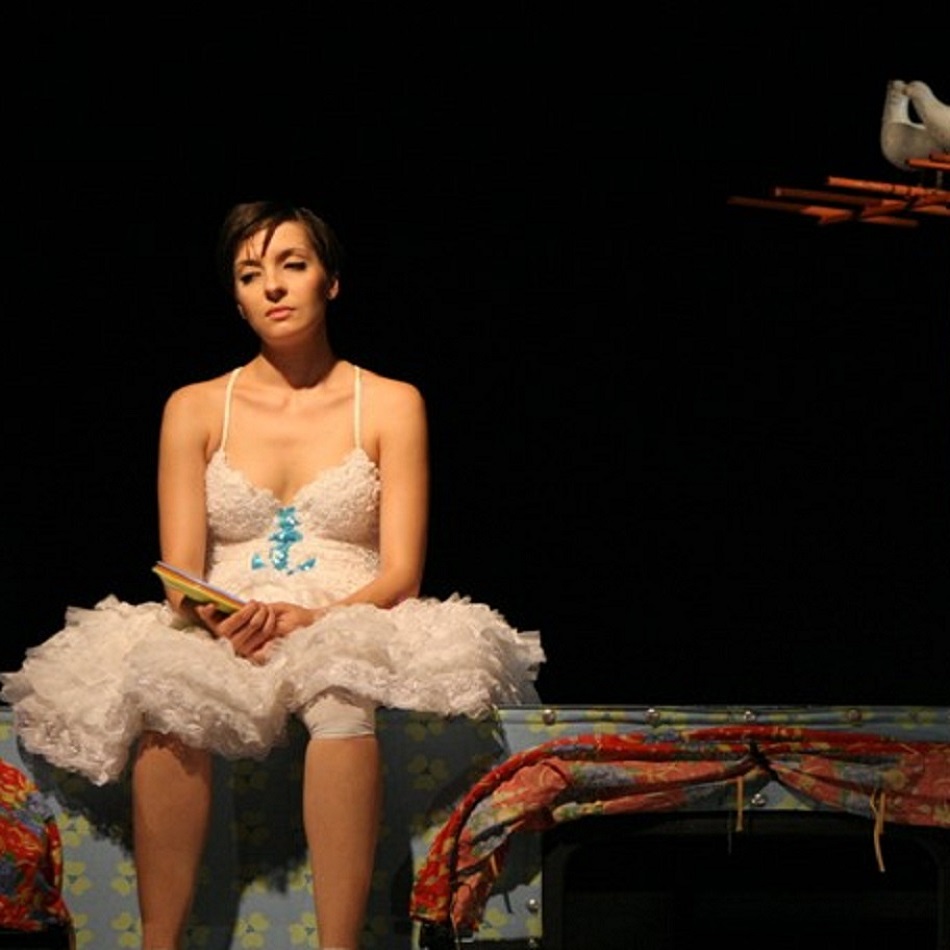 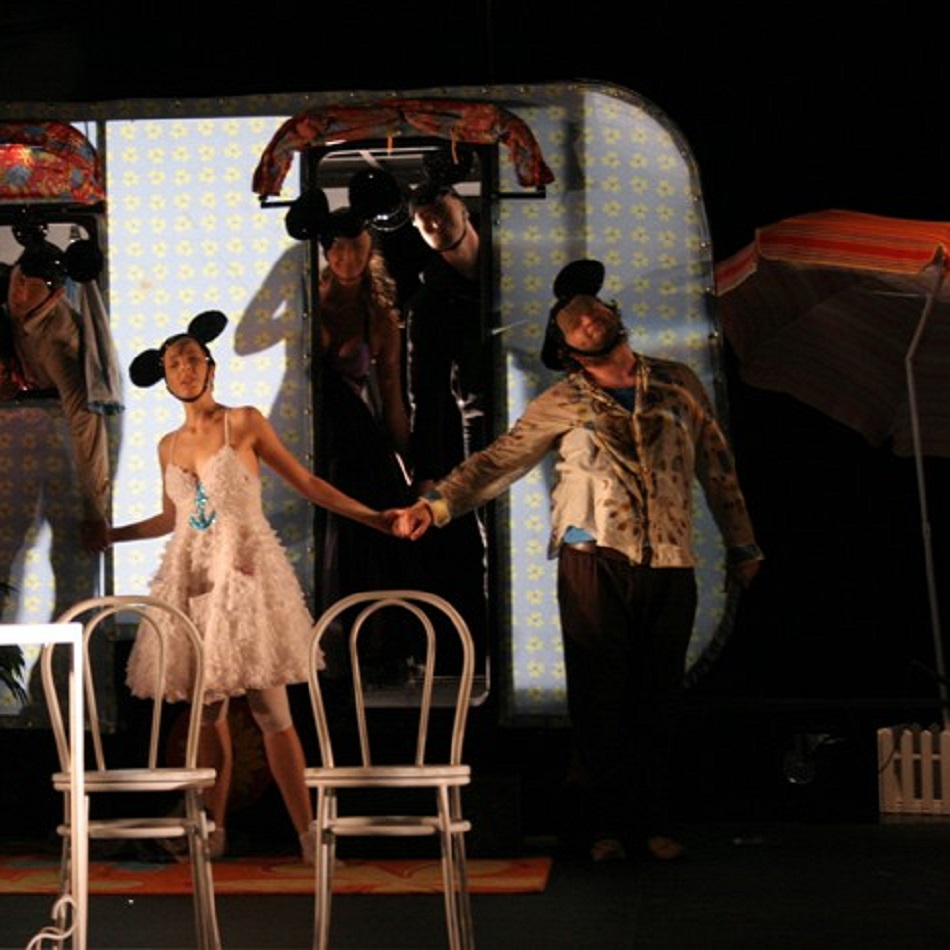 The play entitled Možda smo mi Miki Maus was written by a young Serbian playwright and dramaturge, Maja Pelević. In 2007 she received the prize for the best contemporary dramatic text at an anonymous contest at the Sterijino pozorje festival in Novi Sad. The play was inspired by graffiti in Belgrade, which showed a young couple holding each other, while wearing plastic ears on their head like Mickey Mouse. The focal point for main characters is an old photo camera. The play touches upon the subject of time on the one hand and the attitude one adopts towards frozen moments in life on the other. Photograph thus takes a central place due to its ambivalent symbolic scope, manifesting the desire for eternity and the fear of fading away at the same time.

The performance innovatively contemplates an individual in the world of today, who stands perplexed in the face of an absence of morality, love, tolerance and any standard of value. All performers, being either nameless individuals or merely puppets, convey the abyss of disintegration, ruling over the automated life of the 21st Century. The main characters bump into one another like bees in a closed basket, only to express rage and frustration at their powerless struggle with life and the absurdity of their own existence, asking themselves why they exist, when they never wished to be born in the first place.