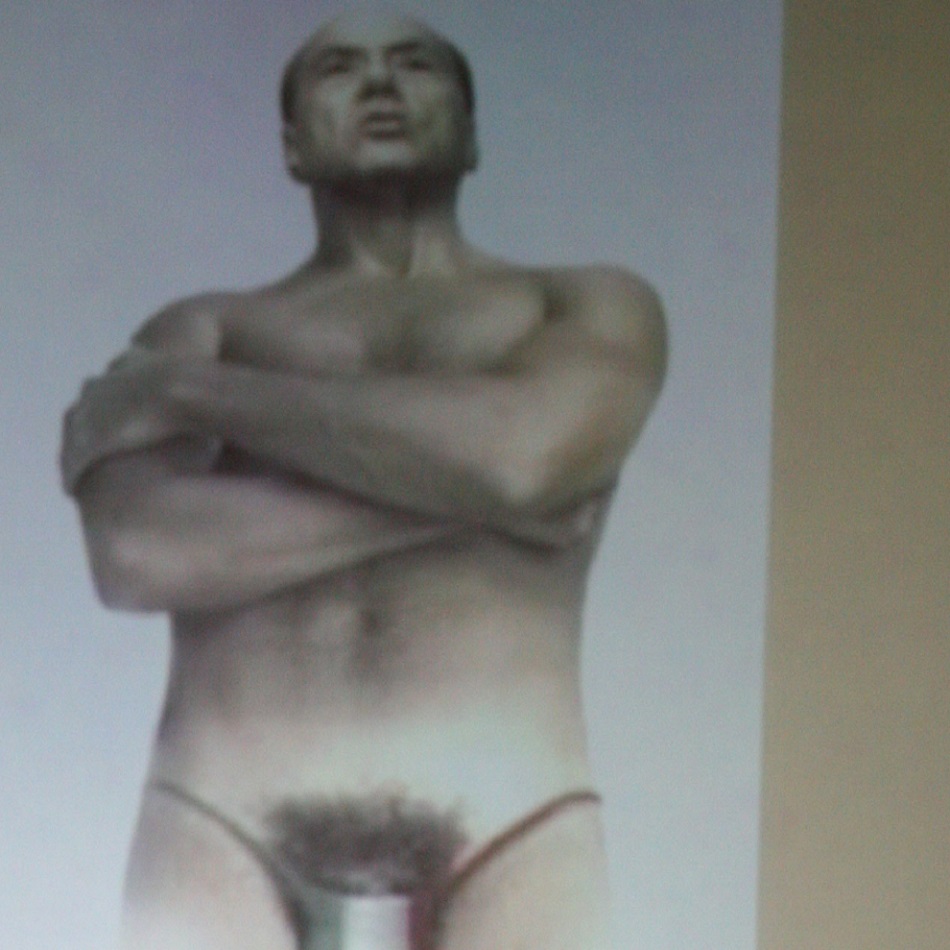 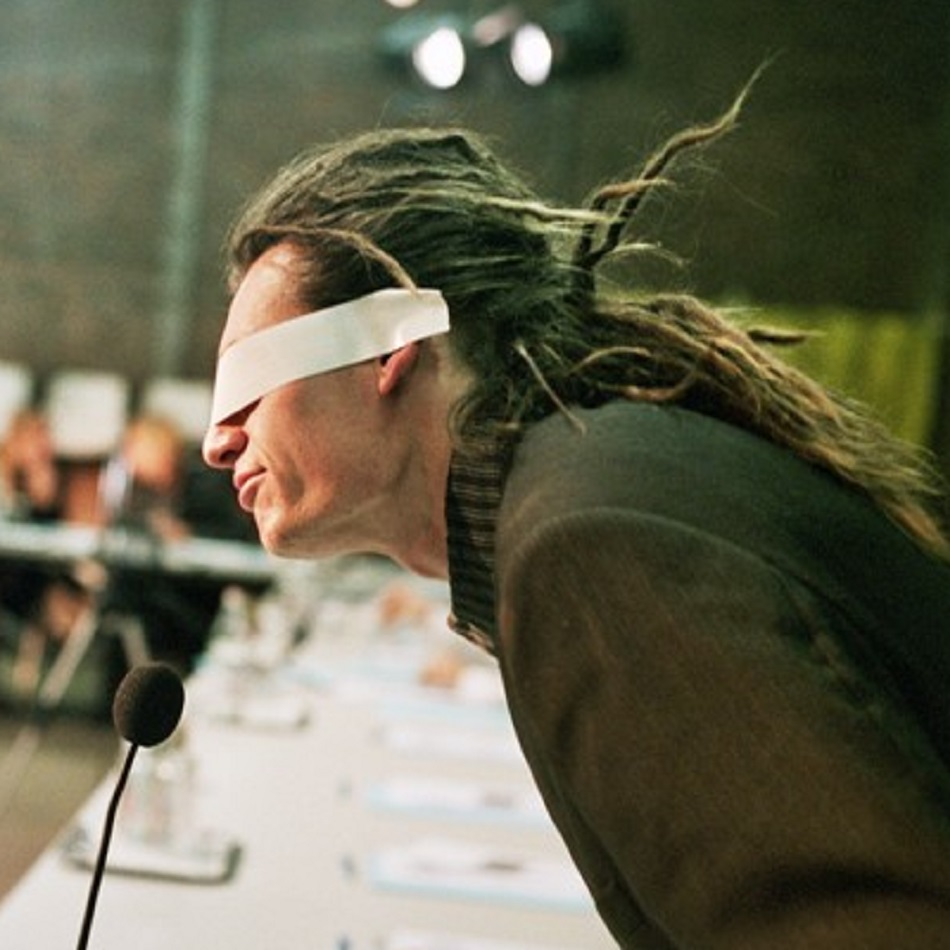 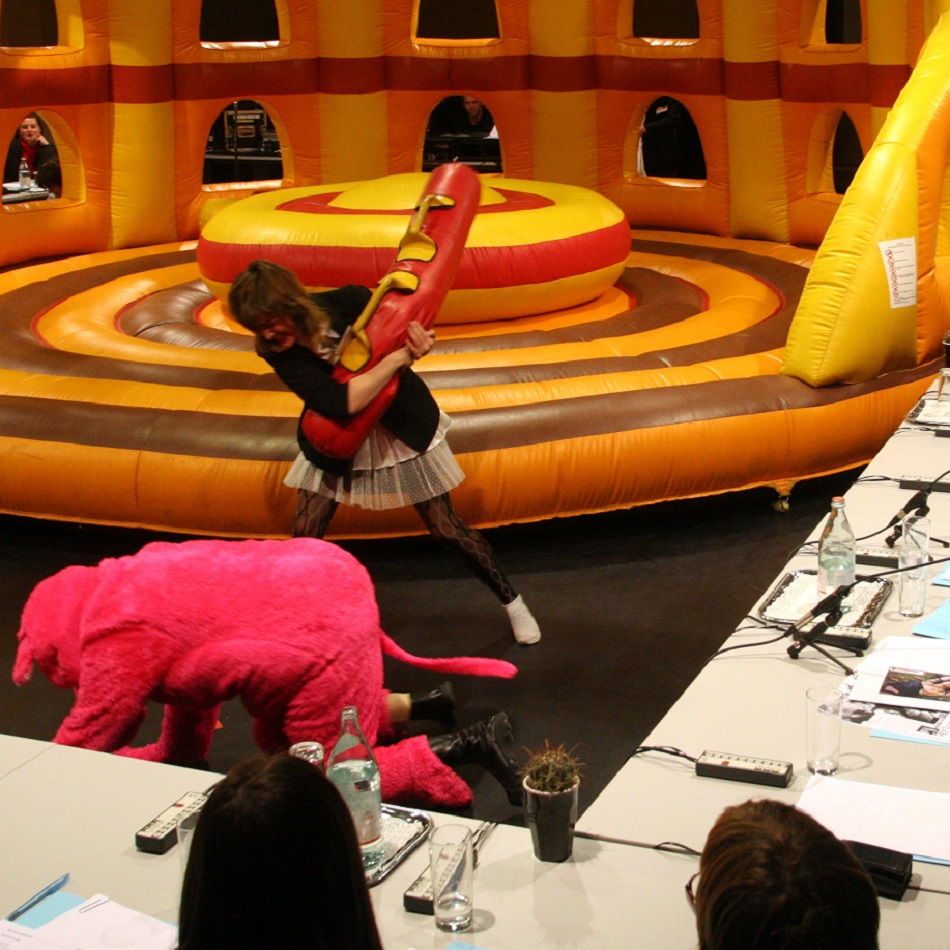 A democratic answer against weapons of mass seduction

Betontanc and Jonghollandia are making a performance about power and manipulation in the form of a congress, on which they discuss Silvio Berlusconi.

What should we do with Mr. Berlusconi? We create a fiction-faction story out of the life of a postmodern politician, a phenomenon in 21th century European society.

“In this world I only see dwarfs. A lot of dwarfs. Giants I don’t see. Except for myself.” Silvio Berlusconi

“I don’t need to go into office for the power. I have houses all over the world, stupendous boats… beautiful airplanes, a beautiful wife, a beautiful family… I am making a sacrifice.” Silvio Berlusconi

Betontanc and Jonghollandia work together on this project. Now that the European Union has been enlarged with ten new member states, the question arises whether there is something like a common European cultural identity. What kind of theatre is being made in these new member states? What are the similarities and what are the differences? To what extent is our theatre style determined by our history?

“After several meetings in Ljubljana and Eindhoven, we decided to work together with Betontanc. The way they make theatre is much more physical than the way we do it. They have existed since 1990. Initially, they were mainly involved in theatre of movement. The name ‘Betontanc’ means ‘clumsy concrete dance’. The word concrete is used because their first rehearsal room was a concrete cellar.”

We focus on the person of Silvio Berlusconi. This theme is attractive because it is a topical issue for both groups. Everywhere in Europe, including Slovenia and the Netherlands, we see a political swing to the right. Silvio Berlusconi is the most talked-about European politician of the moment. His person says something about the development of democracy in Europe, in the new Europe, which both Betontanc and Jonghollandia are part of. The Europe of commercialisation and populism, but also the Europe of looking for an utopian unity.

We are looking for a personal way of dealing with this larger structure. Who are we in this larger Europe and how do leaders such as Silvio Berlusconi affect our personal lives?

We rehearse four weeks in Ljubljana and four weeks in the Netherlands. In this way we hope to combine the best two countries can offer into one piece.

Remco de Jong has composed the music. His music moves on the borderline of electronic music and techno. It is inspired by the nature and possibilities of modern computer technology. Sound and structure of the compositions always move on the extremes of the auditive spectrum: an exploration beyond the borders of techno, electro and jazz.