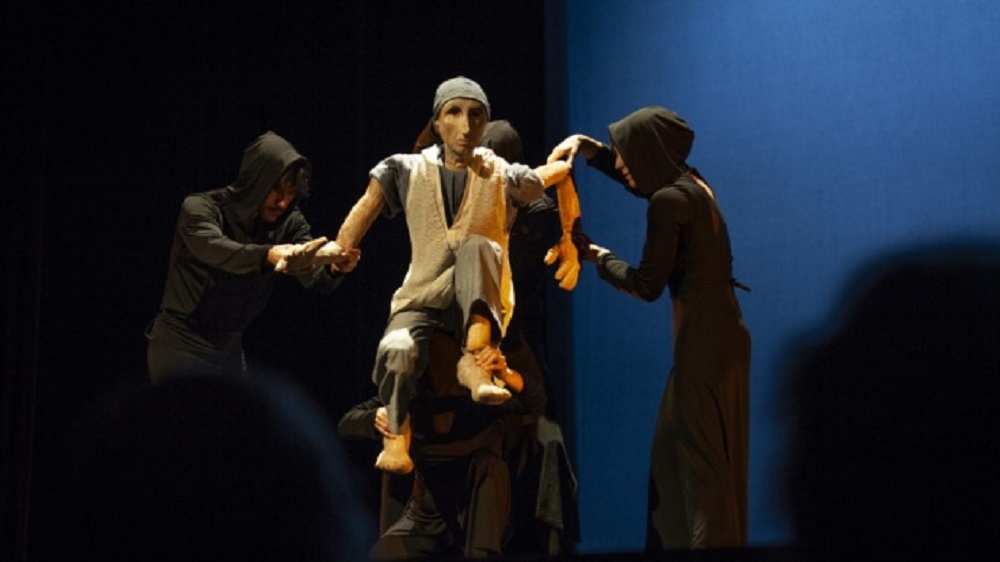 In the old times, a person with several spirits was called “Eh man hé” in the Native American Cheyenne language. It is the story of a man and his five spirits. Nolan is a puppet whose life depends entirely on five animators who are bringing to life his body, emotions and imagination. Every time he comes to life, our protagonist who doesn´t know that he is a puppet, asks himself: “What is it that brings me back to life?” What is my free will? Are my emotions real? How could I breathe by myself? His companions in his search for answers are often doubts and fears but above all the courage and desire for freedom to set out on his path of fulfilling his hopes and dreams.

The tandem, which impressed the audience with the performance Brigitte’s Last Dance (La Dernière danse de Brigitte) at the LUTKE festival in 2018, is returning to Slovenia. Zero en conducta, Teatre del Moviment is a project started in 2011 by José Antonio Puchades (Putxa) to explore the possibilities of expression of various forms of theatrical arts related to movement. His research focuses on combining mime, dance, puppetry and physical theatre in general. In 2012, he was joined by Julieta Gascón as director, dramaturge and performer; in 2014, they together premiered Allegro ma non troppo, which cemented their art direction, expanded their physical means of expression and further developed their specific approach.