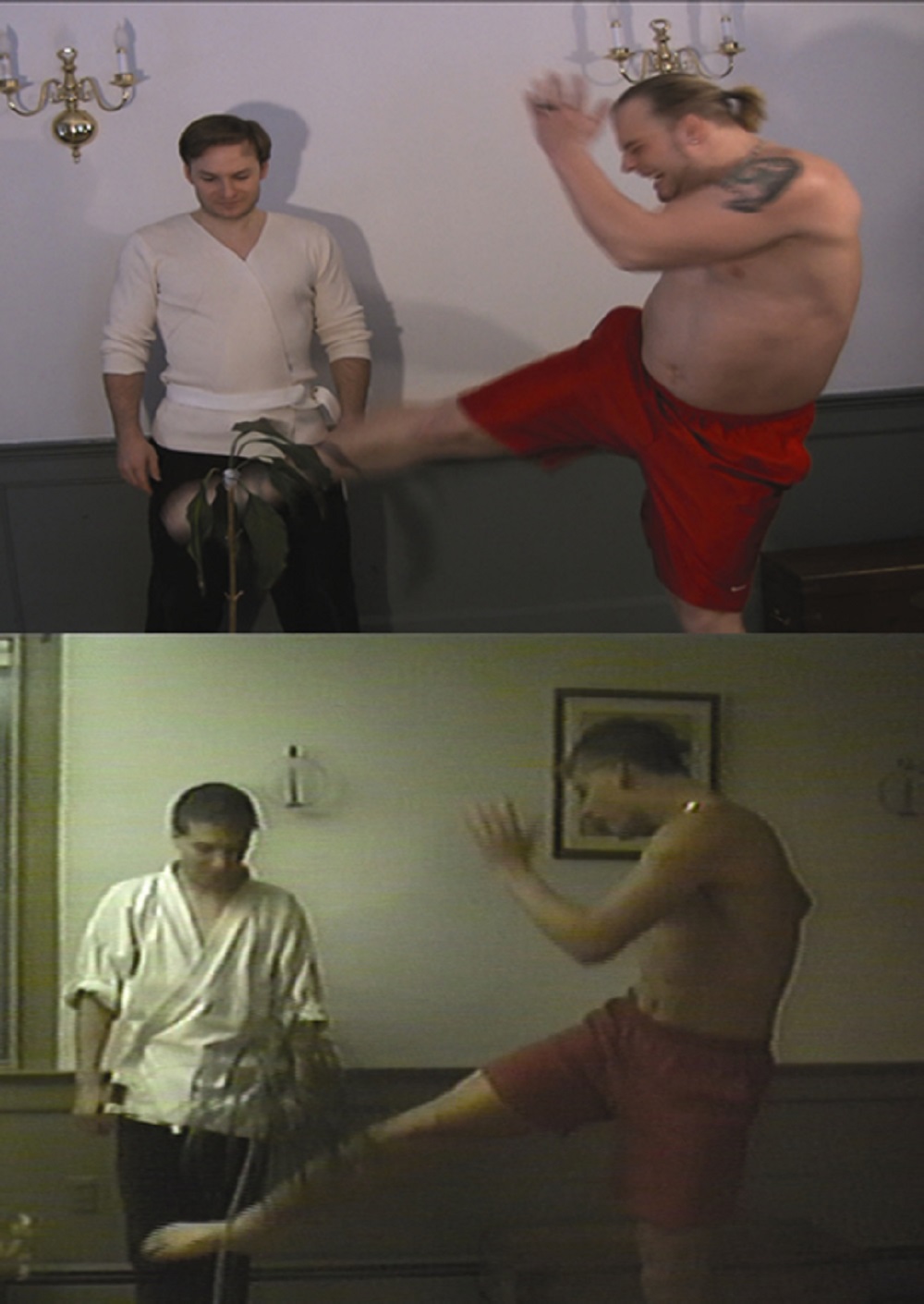 For my brother who taught me how to act…

The American actor Zachary Oberzan is an exceptionally interesting storyteller, luring the spectator into his own world with ease and sincerity. It is there that the line between irony and reality becomes blurred.

Zachary Oberzan is well known for his roles in performances of the renowned Nature Theater of Oklahoma group from New York and has also appeared in the projects made by Richard Forman and the collective Wooster group. In addition, he recently shot an adaptation of the movie Rambo: First Blood in his New York apartment, played all 26 characters appearing in it and entitled it Flooding with Love for The Kid.

The performance Your brother. Remember? is an autobiographic narrative about a relationship between two completely different brothers with very different destinies in life. It is a soulshaking and at the same time amusing story about their childhood and the present time, interwoven with fragments of their favourite movie Kickboxer – from the Jean-Claude Van Damme karate opus – and spiced up with amusing home-made videos as a parody of the cult film. The rhythm of the performance is constantly interrupted with leaps into the reality of life and moments of sincere and also amusing tales about prison, brotherly love, manipulation, and life.

70 minutes
The performance is in English language.