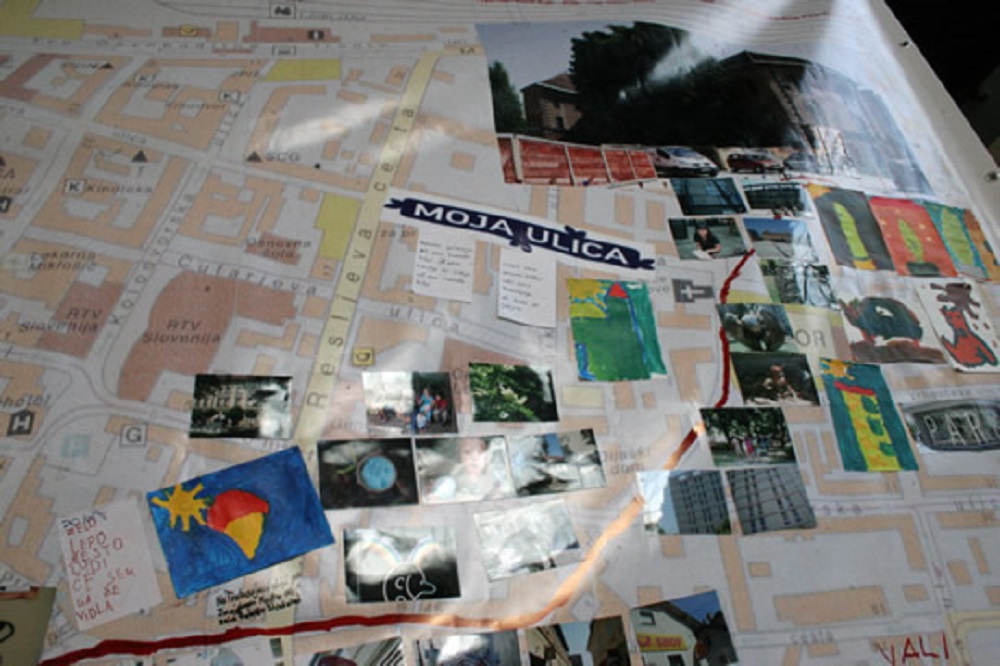 WORKSHOP FROM THE MODERNA GALERIJA TO THE METELKOVA

Before the formal opening of the renovated Moderna galerija (Museum of Modern Art, Ljubljana) building, the colleagues from the Moderna galerija decided to focus their creative activity on observing the city streets while walking down the city. The path they walked through begins at the already renovated Moderna galerija in the city centre and ends near the future museum for contemporary art in Metelkova street, which for the time being still remains hidden behind the construction fence. They documented their path with digital cameras and presented the visual material as a large map, where the marked path was displayed togehter with the personalised digitalised impressions from the voyage. Workshop was held by Adela Železnik, curator at the Moderna galerija and Martina Bastarda, academic sculptress.