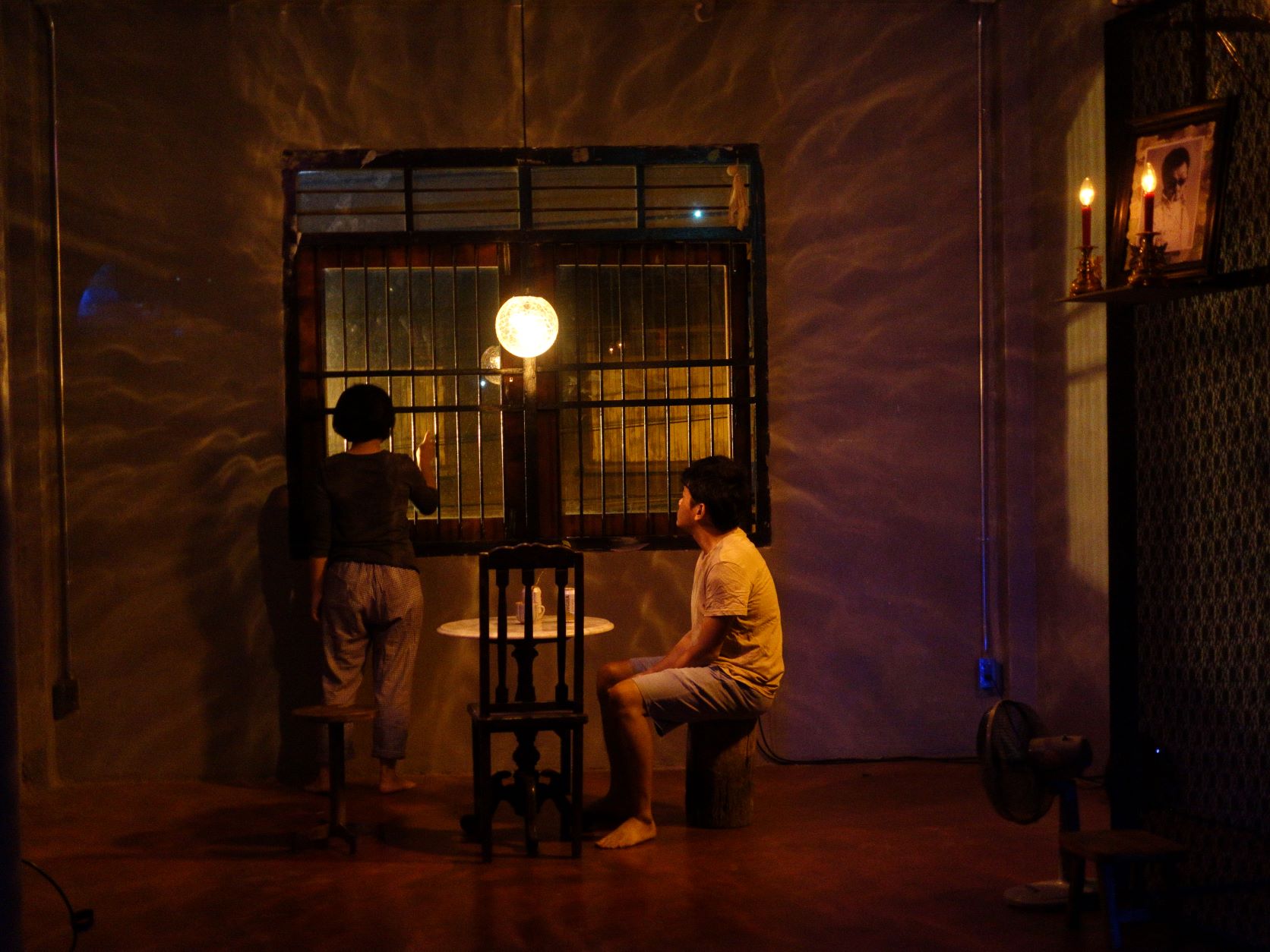 Wichaya Artamat / For What Theatre: THIS SONG MY FATHER USED TO SING (THREE DAYS IN MAY)

Wichaya Artamat is one of the most promising and interesting contemporary theatre creators in Southeast Asia. In his theatre creation, he focuses on approaches and forms that deviate from the traditional mind-sets of Southeast Asian theatre.The performance This Song My Father Used to Sing (Three Days in May) is set in a small Bangkok apartment, where we follow three days in May over three consecutive years.

In a realistic scenography, sister and brother meet each year to revive the memory of their father with a traditional ceremony. Emotionally distant, they are connected by cooking rice and everyday debates, e.g. about when rice is well cooked.
They eat together, laugh together, they are overcoming the discomfort of mutual alienation, they argue and chat. Their statements often lack any logic and do not lead to a clear end. However, their seemingly banal and nonsensical conversations, such as the one about the meaning of the little toe, portray the past, present and future of everyday life of Thai society.

Performance is in Thai with English and Slovene surtitles.