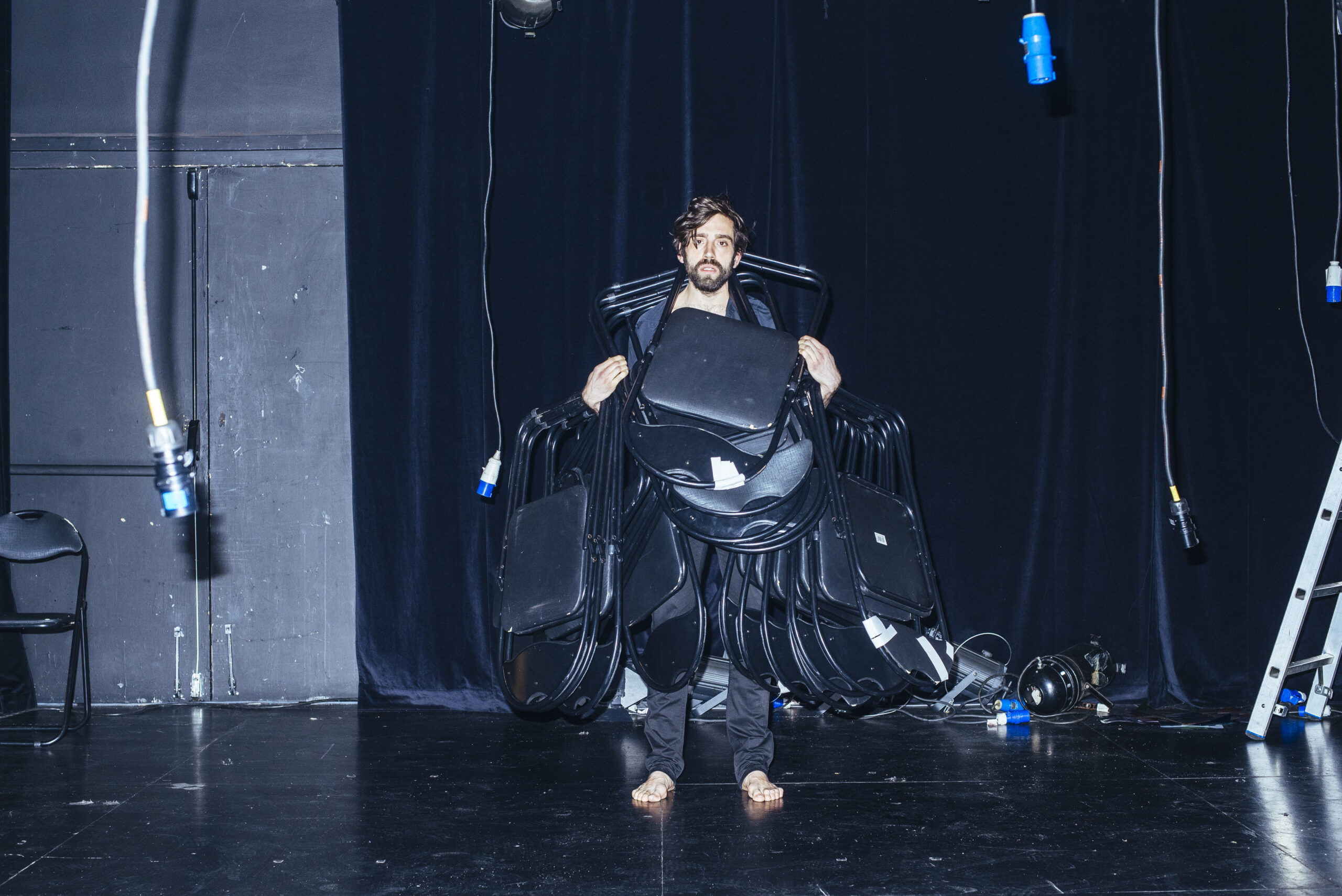 Vito Weis is an actor and author who works as the Hero in the most heroic collective with Uroš Kaurin. He is employed at Mladinsko Theatre. In Bad Company, he is also William Smith from the film I, Legend, except that Weis’s apocalypse doesn’t take place on the streets but in the theatre, and doesn’t involve zombies, but instead focuses on the fundamental theatrical relationship between creator and stage element, and thus on the attitude towards the time in which we live. Vito Weis, an institutional and non-institutional theatre actor, is left all alone due to the epidemic – but at the same time, together with what is left in the theatre when people leave it: technical equipment, stage elements, costumes, objects, cables, lights, light filters, computer, speaker, and audience chairs, which are the leitmotif of the performance Bad Company. Juxtaposed between these elements and in the absence of the spectator, tableaux vivants of the theatrical space appear and become the entry point for coding and decoding theatre. Bad Company is an art project created during the lockdown of theatres. At the Mladi Levi festival, the audience has the opportunity to see the performance that was created precisely because of their previous absence. How do we see Bad Company when spectators are present, and which absence resonates with it?