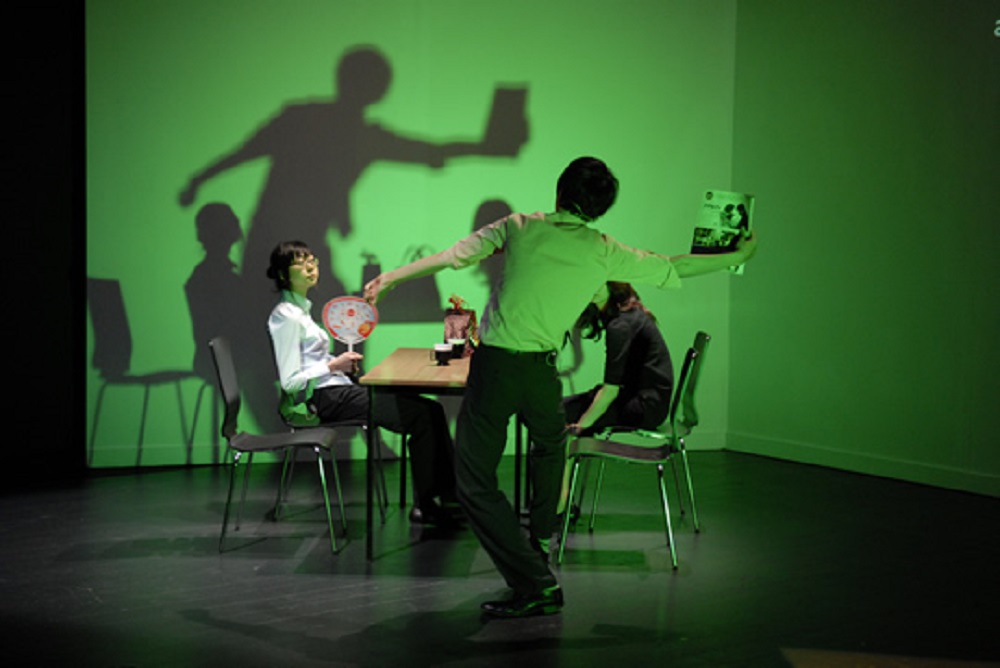 Toshiki Okada belongs to the new generation of young Japanese directors whose work conveys a predominant preoccupation with contemporary Japanese society, its pitfalls and shortcomings.
His performances emerge on the basis of a specific trial-and-error methodology, whereas the surprising and also exciting expressiveness in his performances functions as a humorous pas de deux in a fluid arena of theatre and dance elements.

Toshiki Okada established the chelfitsch group in 1997 and has directed and written the texts for all its performances ever since.

The performance entitled Hot Pepper, Air Conditioner and The Farewell Speech became a real Japanese hit and was staged at almost every prominent European festival in the past year. A seemingly boring dialogue, stylized and gestural, that takes place between co-workers at a company turns into an interesting choreography of movements, which increase the rhythm of the performance by means of repetitions and lure the spectator into a whirlwind of words, the meaning of which is actually irrelevant. The collage-like performance, which is set up in three parts, overflows with the performers’ energy, through which one can sense an underlying narrative about the emptiness of contemporary (Japanese) society and the difficulties and superficiality inscribed in its relations.