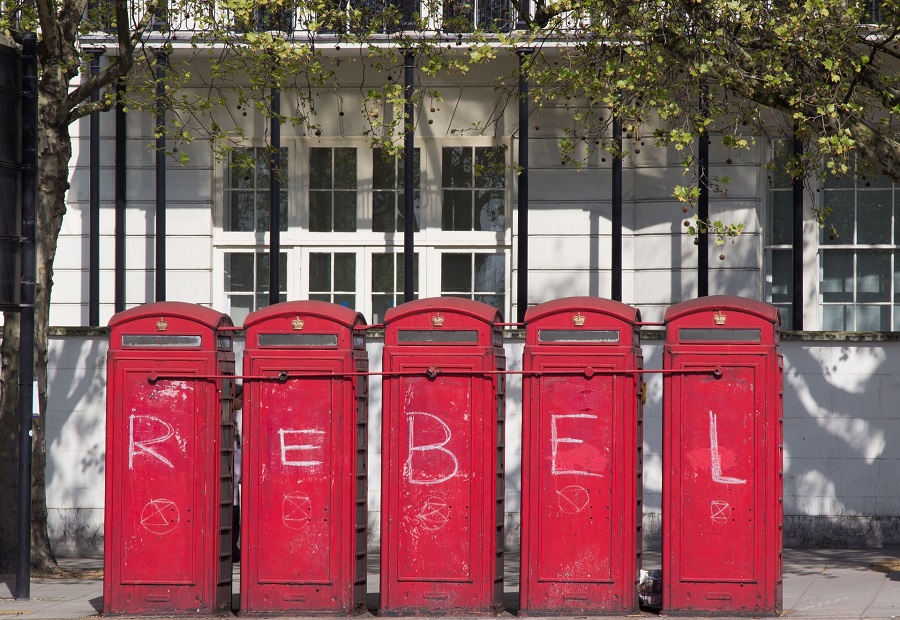 The Art of Disobedience

DEAR VISITORS! IN ACCORDANCE WITH THE NEW CONDITIONS FOR VISITING CULTURAL EVENTS, VTR CONDITIONS APPLY TO VISIT THE THEATER – tested, vaccinated or those who already had covid

The Link to the LIVE STREAM of the round table discussion

The most widely accepted definition of civil disobedience is that of a public, non-violent and conscientious breach of law undertaken with the aim of bringing about a change in laws or government policies (Rawls 1999, 320). It is also understood as a communicative act, a symbolic speech aiming to convey a message to a certain audience – the government and the public. Disobedience can also constitute a form of democratic empowerment in itself and can serve as an exercise of political agency that is especially meaningful for marginalized groups – by working together and forging bonds of solidarity, people engage in democratic politics. If culture is a set of invisible customs, rules and regulations pertaining to our society, can we view art as a way to question, break and reinvent them? Should artists be a force of disobedience, calling out for changes in the existing order of things? Can an artwork invite its audience to a space of shared concern, and function as an act of disobedience?

Participants:
Valeria Graziano is a theorist and organizer. Her work focuses on cultural and technical practices that foster the refusal of work in its interconnected dimensions of the redistribution of social reproduction and the politicization of pleasure. Over the years she has been involved in numerous action research initiatives across the cultural sector and social movements.

Amanda Piña is a Chilean-Mexican artist living in Vienna and Mexico City. Her work relates to the decolonization of art and focuses on the political and social power of movement, temporarily dismantling ideological separations between the contemporary and the traditional, human and animal, nature and culture. Her artworks have been presented all over the world, and she is also a research fellow at the Amsterdam University of the Arts.

Tjaša Pureber is a political scientist. She has worked as a journalist and as the head of advocacy at Asociacija, a network of self-employed artists and NGO’s. She is currently the head of communications at Glej Theatre. She is an independent researcher specializing in cultural policies and social movements, and a publicist. She is a longstanding activist for social justice.

Svetlana Slapšak is trained in Classical Studies/Linguistics. She is a professor at the Ljubljana Graduate School of Humanities (ISH) where she teaches Anthropology of Ancient Worlds and Anthropology of Gender, and has served as its dean from 2004 to 2014. She is an activist fighting against the death penalty and for freedom of expression and human rights, as well as a pacifist and feminist. She is the author of numerous academic and literary works, with more than 100 published books.

Moderator: Teja Reba is a cultural worker, feminist, activist and artist. In recent years she has headed the nongovernmental organisation City of Women, worked as the artistic director for the preparation of Ljubljana’s candidacy for the European Capital of Culture 2025, and served as the president of the Association for Contemporary Dance in Slovenia. She has also served as a board member of the Prešeren Fund and of the Dialogue Group for NGOs at the Ministry of Culture.