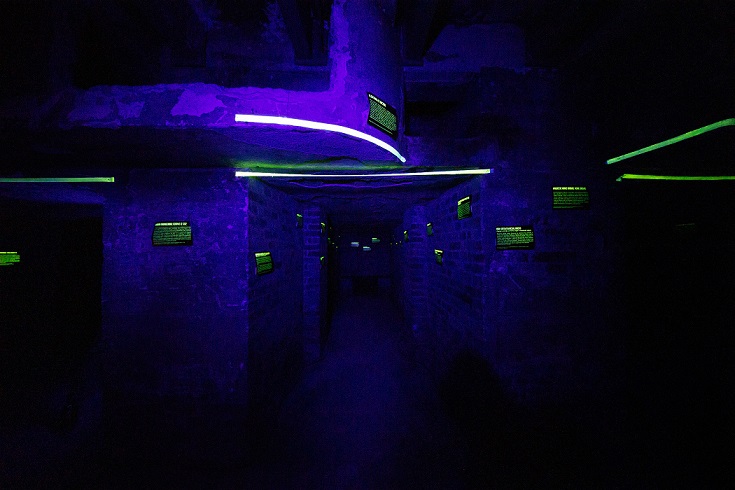 Who are we, the ones who created the environmental crisis, the ones that feel it, and whose world is it that is coming to an end?
The elementary basis of the audio visual installation is a set of several technological, random and particular information about various scientific discoveries that provide an alternative to the current methods of production in organization of life, waste, emissions, etc. Through the mapping of currently existing solutions arising in the context of late capitalism, it creates an idea map of possible and existing solutions to environmental problems, and encourages thinking about an alternative reality or future which is not already determined by the present. At the same time, the set of solutions offers an insight into anthropocentrism, seeking to challenge the dogmatism of the environmental crisis – who are we?