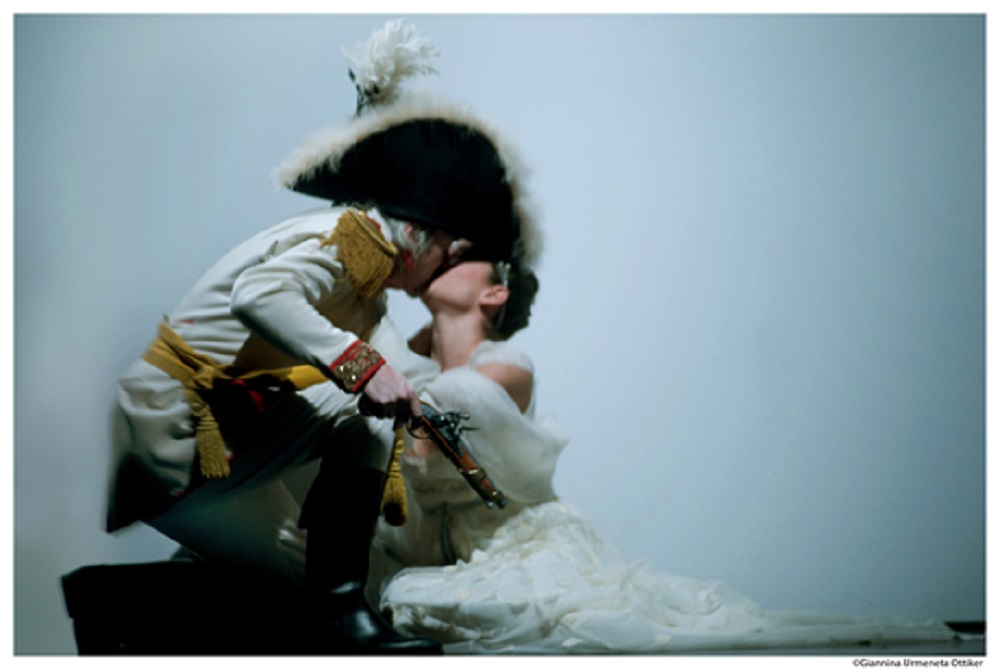 The long-winding creative path of the Austrian-French artistic collective Superamas shows the mark of an ongoing play with opposites, which manifests itself anew in each incantation. The collective uses various theatrical narrative forms in its artistic creations ranging from theatre, video, performance and dance to installations, conversations and banquets. The use of varying directing approaches allows for an explorative expedition into the emerging differences between kitsch and art, elite and popular culture, television and theatre. The Superamas have been shining on the European and North American horizon of contemporary arts for a decade now and the Mladi levi Festival is pleased to introduce them to a Slovenian audience for the very first time.
Empire (Arts & Politics) begins in 1809, at the vibrant core of the Battle of Aspern, which took a record number of casualties and whose cessation gave reason for both sides to celebrate victory, the Austrians and the French. The depicted image of Napoleon’s empire sublimely reveals the traits of another, far more contemporary empire as seen in the capitalist democracies of today. Western society often holds a distorted and pitiful view of the reality as such and also of the other. Exaggerated charitable stances often conceal a difficult personal situation, whereas pretended kindness, correct manners and tolerance seem to only be there to cover over latent and repressed intolerance. One does not need to leave for Afghanistan in order to meet the other.

Performance is in English and French with English subtitles.