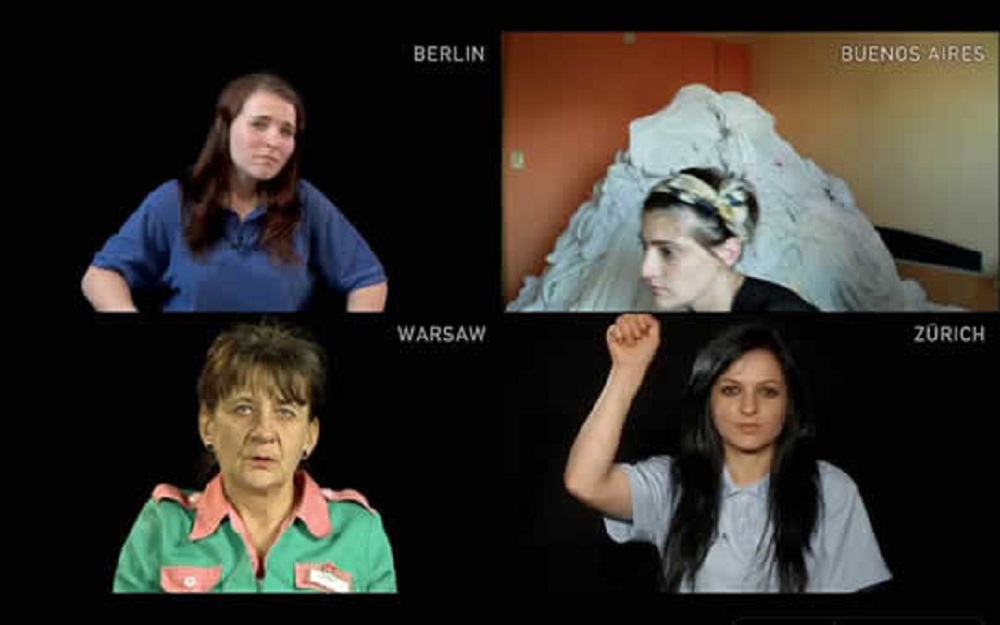 Sunday, August 26th at 9.30 pm
Amphitheatre at the platform by the Slovene Etnographic Museum

Lecture on a portable festival in Berlin, Buenos Aires, Warsaw and Zurich.

How to export ideas without losing their impact? Can a festival ask global questions and get local answers? Hotel rooms, shopping centres, factories… these are functional places, and not usually thought of as interesting. For “Ciudades Paralelas”, Lola Arias and Stefan Kaegi have invited artists like Ant Hampton, Tim Etchells, Christian Garcia, Mariano Pensotti, Gerardo Nauman, Ligna and Dominic Huber to devise interventions for spaces that exist in any city around the world. Some of them chose to work with radio receivers or headphones, others with a choir, or with people in their workspaces. Some pieces are for 1, others are for 100 spectators. Some of the performers are singers, others writers, passers-by or even the audience themselves. Since 2010, eight projects have been staged with different performers in Berlin, Buenos Aires, Warsaw and Zurich.
Now Stefan Kaegi comes to Ljubljana to show the festival a synchronised video-lecture on four screens simultaneously, letting the viewers see the audience use and interact with the local stagings of portable ideas.