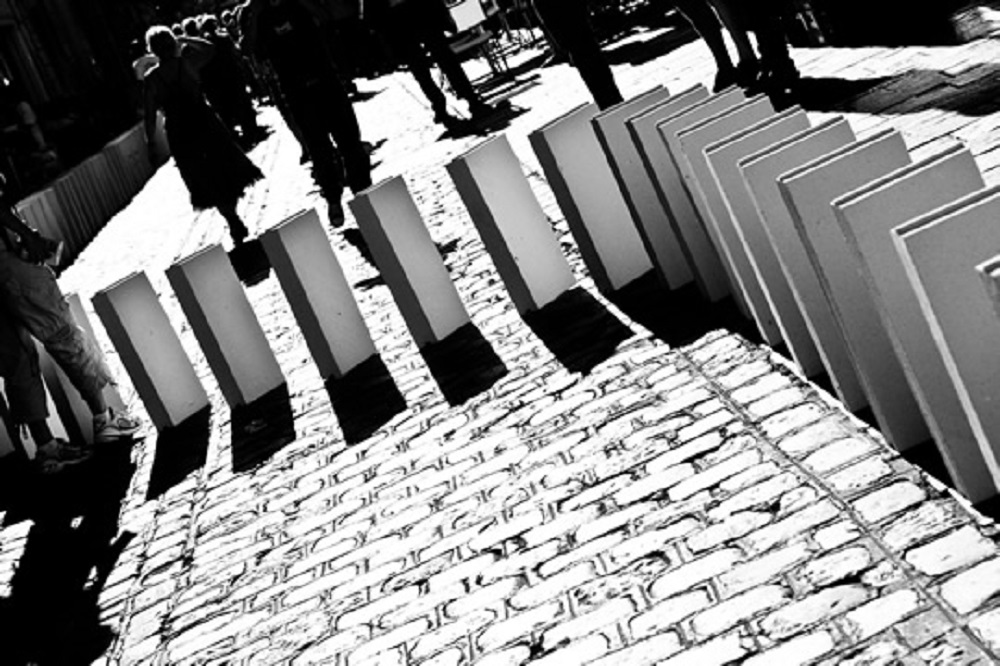 Friday, August 19th
the platform by the Slovene Etnographic Museum

Like Dominoes They Fall
Active since 1980, Station House Opera is considered one of the most renowned English contemporary theatre groups. Its first guest performance staged in Slovenia Roadmetal, Sweetbread took place at one of the previous Mladi levi festivals. They are particularly recognized for diversifying theatre genres, which gives their stages the flavour of constant unpredictability. Apart from playing with gravitation and time deferment, they are also acclaimed for having architecture become one of the performers.

This time they will present themselves with an exceptional and several times awarded project Dominoes, set up as a magnificent moving sculpture. It is based on a simple idea of succession of thousands falling dominoes, which are actually nothing other than huge bricks. This artistic event has a specific way of connecting the city and the people in it. Dominoes intersect streets, they are scattered throughout the park, they vanish and then appear again, perhaps they take a turn to enter an apartment building, they cross the river and defy laws of gravity. Finally, dominoes bring people together, since a great number of volunteers also help artists set the dominoes up.

And when the day for the first one to fall finally comes, it is simply amazing to see how the slow and almost Zen-like falling of the dominoes with its deep and even melody becomes a special kind of experience for audiences of all generations as well as for those simply passing by.