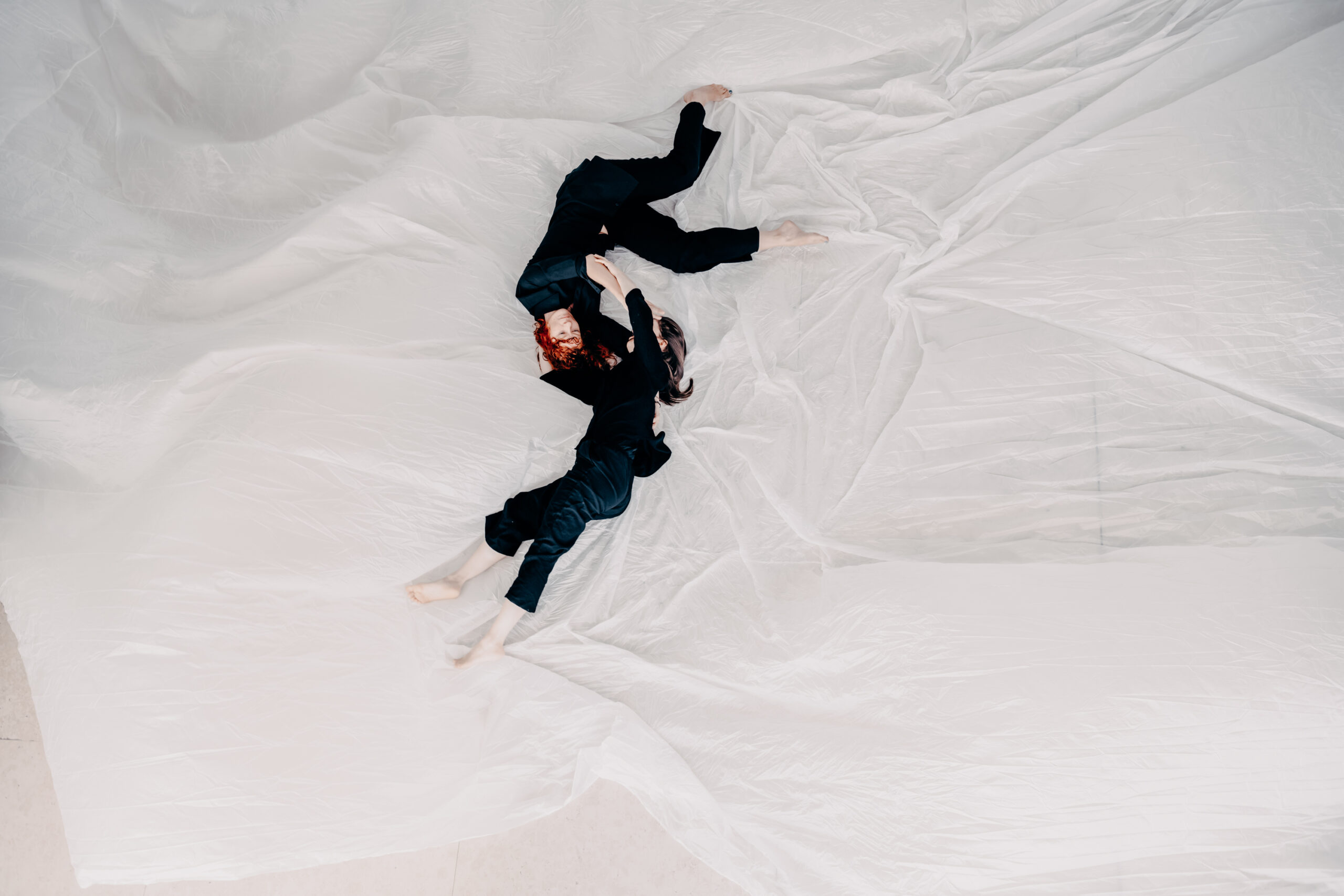 Dear visitors,
The performance is CANCELLED due to illness. Thank you for understanding.

»A touch provokes a separation between you and me and gives the possibility of creating a third space.«

The dance performance Touch Tissue Fabric deals with “meeting”. The two authors open up the meeting as a space that co-creates and needs external space, but nevertheless also touches and changes internal spaces. It is a kind of movement, a state of deep mutual sensory-mental-motor concentration, responding to all present elements.

The project Touching is a part of a series of Dialogues, which Snježana Premuš started in the year 2022. Touching is basically a research and unconventional performance project that addresses the viewer holistically, through physical as well as cognitive channels. As such, the performance Touch Tissue Fabric is enriched by the open formats of “Tactile Silences”, which the artists implement with different target groups.